If you're interested in checking out the Tesla AI Day event, you can likely tune in to the Tesla website or their YouTube channel on September 30, 2022. 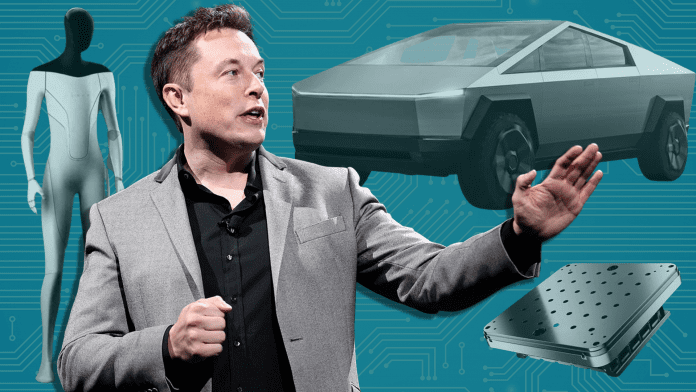 Following in the footsteps of companies known for innovation like Apple and Google, Tesla again invites consumers to look at their newest products and plans on their Tesla AI Day.

On September 30, in Palo Alto, Elon Musk will take the stage to give individuals a preview of what is likely to come for the company. While investors will likely be closely examining what’s happening with Tesla, tech and automotive fans also have much to look out for.

If you’re wondering what to expect, take a look at what could show up this year:

At last year’s AI Day, Tesla announced the development of Optimus, a humanoid robot that can complete routine tasks and even be used to address labor shortages. Previous year’s viewers may have thought Optimus was already built and functioning, but a suited man was responsible for the “Optimus” appearance. However, this year, the real Optimus could be revealed as Musk announced they may have a prototype ready for the project this year.

In addition to Optimus, there are other projects — including automotive endeavors — that viewers may see:

Robotaxi –  Pegged by Musk as a blend between “Uber and Airbnb,” Robotaxi would allow drivers to release their vehicle during their downtime to offer taxi services to consumers. This activity could enable owners to use their cars to generate passive income. However, this offering hinges on a more full-out development of the next piece of technology.

Full Self Driving Beta (FSD) – Elon Musk has discussed the desire to eventually allow Tesla cars to offer consumers a fully autonomous driving experience for years. However, drivers have instead had the options of Autopilot, and Enhanced Autopilot, which only offers preliminary self-driving related features like lane assist and autosteering in some specific driving situations. Nevertheless, in 2020, Musk and Tesla began rolling out a beta program for some Full Self Driving features. Still, drivers must be alert and ready to control the vehicle if needed. Tesla AI Day may address more of what consumers can expect with FSD and how this can facilitate projects like Robotaxi.

The Dojo Chip: This technology can impact many of the projects announced at Tesla AI Day. This supercomputer can bring machine learning and robust power infrastructure to Tesla’s new slate of products. Musk has described this advancement as “a neural network training computer optimized for video (for self-driving).” He also conveyed that the computer will be able to “process vast amounts of video training data” via Twitter. Last year, the supercomputer was still being built out, but this year, we might get more updates on where this technology is in the development pipeline.

Trucks and cars: The Tesla Cybertruck, an electric pickup truck, was announced in 2019 but hasn’t been released. According to a tweet by Musk, he was testing a prototype of the truck in January of this year. Therefore, we could hear more about this truck’s development and when customers can expect an actual release date. Viewers may also see an update on the new iteration of the Tesla Supercharger. In June of this year, an individual posted a tweet that included design plans of what could be the Tesla Supercharger 4. So, we might see a formal announcement for this model.

If you’re interested in checking out the Tesla AI Day event, you can likely tune in to the Tesla website or their YouTube channel on September 30, 2022, as Tesla will probably stream it live in both places — as they did last year. While the actual time hasn’t been announced, it will likely be the same time as in 2021: 5 pm PT/ 8 pm EST.