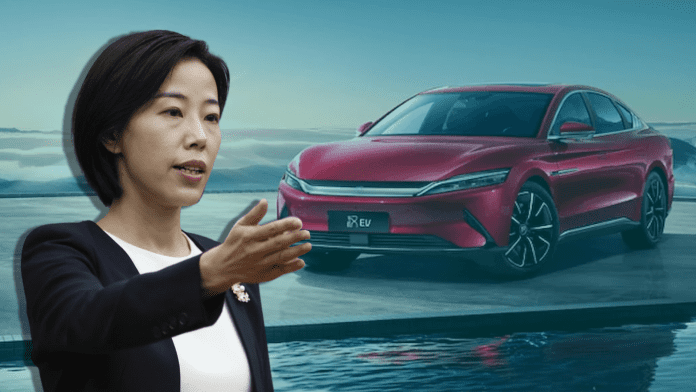 The newly passed Inflation Reduction Act has received praise from many automakers who operate within North America. But now, China is the latest to criticize the new law. The country has threatened unspecified action if needed to protect its interests from the “discriminatory” law. South Korea and the European Union have also voiced their concerns regarding the reworked EV tax credits.

Shu Jueting, a spokesperson of the Ministry of Commerce in China, gave a briefing late last week, where she said the clauses in the IRA that eliminate tax breaks for vehicles manufactured outside of North America “discriminates against similar imported goods, and is a suspected breach of the World Trade Organization principles.”

“China will continue to assess and evaluate implementation of the legislation and will take measures to safeguard its legal interests when necessary,” she added.

South Korea recently spoke out against the law, which eliminates subsidies for cars that include critical battery components that come from China, Russia, and other “foreign entities of concern.” China is currently a leader in the world’s battery supply chain and is home to large suppliers such as Contemporary Amperex Technology Co., which supplies Tesla.

Officials in South Korea have labeled the new law a “betrayal.” However, officials who recently visited counterparts here in the US hope for a potential exemption offer. The European Union also made statements recently addressing the law. A European Commission spokesperson said the EU would take “the necessary steps to defend its interests.”

During a visit to the Detroit Auto Show last week, China’s ambassador to the US, Qin Gang, said the interests of both countries are “intertwined” and warned against cutting China out of the EV chain.

“The electric vehicle value chain, or specifically the supply chain, is very globalized,” Qin said. He also added that all players will continue to “work in accordance with economic laws.”