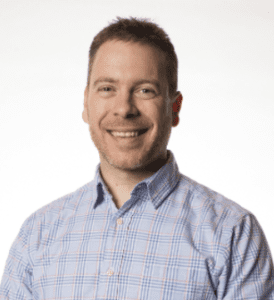 What is the future outlook of the electric vehicle market? – Jim Johnson, VDX.tv
California Gov. Gavin Newsom recently passed an executive order to ban sales of new gas-powered vehicles by 2035. This move by legislation has many dealers wondering what to expect in the future as electric vehicles continue to take hold of the market. We spoke with Jim Johnson, vice president of VDX.tv to talk about how EVs are changing the industry. Watch the full segment here.

Fiat Chrysler is looking up after finishing the third quarter with its best showing since the start of the pandemic. FCA beat the predictions of many when it claimed a net profit of $1.4 billion in the third quarter. The profit was substantially larger than the same quarter in 2019, up 773% powered mostly by the automaker’s performance in North America. The company attributed strong consumer demand for Ram and Jeep vehicles, and lowering advertising costs as the main contributors to the successful quarter. Q3 marked FCA’s first profitable quarter of the year after the company reported a loss of $1.24 billion in the second quarter and $1.9 billion in the first.

Ford’s Q3 sales dipped only 5% which outpaced the industry, and experienced a 10% sales drop in the quarter. The automaker’s total market share climbed to 14.9% up from 14.6% in Q3 of 2019. Ford’s incentives were cut by 8% to an average of $4,410 dollars per vehicle and the company’s average transaction price also increased by 8% to $45,891. Investors have been impressed with the direction of Ford since the company elevated Jim Farley to the position of CEO. While Farley worries many investors with his dangerous hobby of racing, his leadership has convinced many shareholders that he can right the wrongs that occurred under the leadership of Jim Hackett.

U.S. auto sales are pacing to rise by 3% in the month of October compared to last month. The rise has been aided by a strong recovery in consumer demand and tighter inventories at dealerships according to J.D. Power consultants. Without the adjustment of an additional selling day compared to last year, auto sales for October are expected to increase 6.8% year over year. J.D. Power says the shift towards more expensive trucks and SUVs is expected to drive average transaction prices to an all-time high of $36,755.

While Tesla has been the main automaker associated with driver assistance, consumer reports testing says GM’s Super Cruise technology is beating the EV maker. According to the report, Super Cruise rated as the highest graded driver assistance system on the market. Consumer Reports said that Tesla’s autopilot technology finished, “a distant second.” The systems were tested on adaptive cruise control and lane-keeping assistance. Super Cruise also deploys a small camera facing the driver’s eyes to assess whether or not the driver is paying attention. This feature will play a key role as drivers become more dependent on self-driving technology. 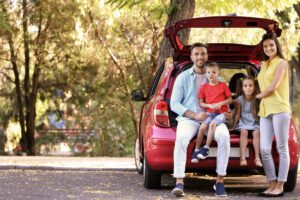 More drivers back to routine as holiday season approaches
At the start of the pandemic, traffic volumes were noticeably lower nationwide with states like Florida reporting a 47.5% decrease in volume in March 2020 compared with March 2019. A recent survey shows that many of the drivers have returned to their normal routines just weeks before the holiday season kicks off. The most recent Hankook Tire Gauge Index surveyed more than 1,000 Americans in late September to find out how they plan to travel during the holiday season and their current driving habits compared to early in the pandemic. Read More 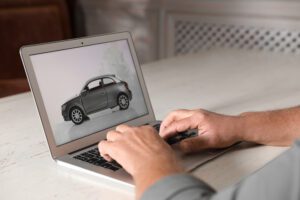 Best practices for using video on a dealer site
We live in an emerging Golden Era of video and photography. The new iPhone 12 can record videos in Dolby Vision format, and they can also be edited on the phone. It’s truly an amazing time when what was once the domain of major filmmakers and multiple thousands of dollars worth of equipment is now available in the palm of your hand. Read More