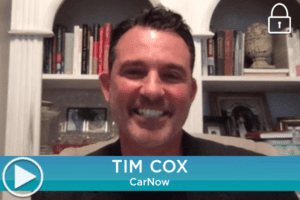 How your car dealership can stand out in the digital space – Tim Cox, CarNow
Joining anchor Jim Fitzpatrick on CBT News today is Tim Cox, Co-Founder and Senior Vice President of Sales at CarNow. CarNow has had a tremendous partnership with CBT News in taking the steps of starting conversations about diversity in the automotive industry. CarNow is one of the main sponsors of CBT’s Diversity in Automotive with Cory Mosley.  Watch the full segment here.

With only a few minutes to spare, Fiat Chrysler reached a tentative deal with its workforce union to avoid a strike. Unifor, the union representing FCA’s 9,000 Canadian autoworkers said it reached an agreement with FCA late in the day on Wednesday. The union is planning a series of virtual meetings over the weekend to provide information about the proposed agreement to its members. According to the union, voting on the new agreement will begin on Sunday at 10 a.m.

After 17 years, Ford is once again taking orders for the all-new Mustang Mach 1. The new muscle car is currently being built in Ford’s Flat Rock facility plant in Michigan. Ford first announced the return of the Mach 1 in June and now fans, who have waited for nearly two decades can place orders for the vehicle. The base price for the Mach 1 will be $51,720 and is expected to arrive in U.S. dealerships in the Spring of 2021.

Lucid Motors is coming down on the price of its luxury electric sedan. At its unveiling event in September, the Lucid Air was announced to have an $80,000 price tag attached to its base model. However, the company now says that the base model will have a “more attainable” price tag of $69,900. The announcement comes in the same week that rival Tesla announced two separate price cuts of its Model S sedan.

Eight months into the COVID-19 pandemic and online used-car retailers are still experiencing strong growth rates. Online retailers such as Carvana, Vroom, and Shift have all seen remarkable success in the last few months. The success of these companies can be credited to less traffic in traditional showrooms, lack of inventory on new vehicles, and a growing interest in online car buying. Shift CEO George Arison told Bloomberg, “things that were going to take five years to happen took place in five months.” Shift recently announced going public after its merger with Insurance Acquisition Corporation. 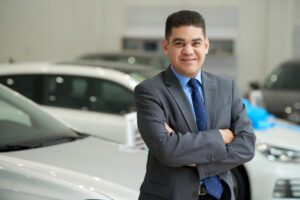 Conflicting views on US auto recovery as unemployment up, sales up
The Associated Press posted Thursday that the number of unemployment benefit applicants rose by 898,000 last week. That’s the highest number reported in the past two months, and it’s a step backward in the effort to regain the 22 million jobs lost due to the pandemic. In stark contrast, weekly sales data from LotLinx shows that new vehicle sales area outpacing the same period last year. New vehicle sales are up by 11.7% while used car sales are up 20.2%. Read More 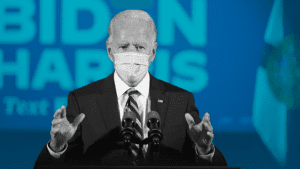 Joe Biden: “Move to the vehicles of the future”
The automotive industry has thankfully shown signs of recovery throughout the past few months and will hopefully continue to improve despite the ongoing coronavirus pandemic. This week, presidential nominee Joe Biden held a drive-in rally in Toledo, Ohio, and while a large portion of his 25-minute speech consisted of disparaging the current administration, he took some time to mention a few of his plans and prospects for the auto industry. Read More