PA car dealer David Kelleher on reacting quickly to stay ahead of COVID-19
Dealers across the nation have dealt with highs and lows in their daily operations since the start of the pandemic. The pandemic has truly had an effect industry-wide. Today, we’re checking in with David Kelleher, President of David Auto Group, who was also among four dealer nominee finalists for Time’s 2020 Dealer of the Year award. We’ll be discussing his dealership structure and also how his group has adapted to a digital environment. Watch the full segment here.

Autonomous vehicles will be hitting the streets of San Francisco in the near future. Cruise, a majority-owned subsidiary of General Motors, has been approved to begin testing unmanned autonomous vehicles. The company announced that it had received a permit from the California department of motor vehicles to remove the human backup drivers from its self-driving cars. Cruise CEO Dan Ammann said that removing the driver is the true benchmark of a self-driving car. Ammann said that cruise expects to be the first to test unmanned autonomous vehicles on the streets of a major U.S. city.

While sales of certified pre-owned vehicles increased nearly 10% year over year in September, CPO sales were down 6% month over month. September marks the third month in a row in which the CPO market dropped. According to Cox Automotive, the CPO sales forecast for 2020 is 2.6 million units, down from 2.8 million sold in 2019. CPO sales have been one of the strongest performing segments within the auto retail market despite CPO sales being down 7% year to date versus the same time in 2019.

The CEO of Japanese carmaker Subaru believes the recovery of U.S. auto sales could be a long process. Subaru’s CEO is estimating that it could take up to three years for Subaru to recover to pre-coronavirus pandemic levels. While U.S. sales for the automaker have made positive strides since the lows of April, Subaru is likely to see U.S. sales around 600,000 this year compared to a forecast of 700,000 made before the pandemic.

U.S. retail sales surged in September and rose for the fifth month in a row. Overall retail sales jumped 1.9% last month. In the auto sector, auto sales made up one-fifth of all retail spending as sales rose 3.6% at dealerships in September. The major question many market analysts are asking is whether the momentum can carry into October. 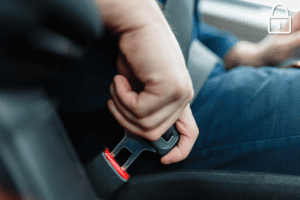 Seat belts could be recalled after altered safety data discovered
The Japanese government has told automakers to prepare for recalls after Joyson Safety Systems Japan’s seat belt safety testing data was found to be altered. Japan’s authorities reported that as many as 9 million seat belts “do not meet quality standards”. The problem was first brought to light in a report by Japan’s Transport Ministry against JSSJ, the corporation who acquired the beleaguered Takata Corporation in April 2018. Belts that did not meet safety standards were produced at one Japanese plant, but testing data was discovered to be altered in order to pass safety requirements. Read More 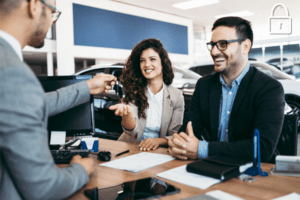 3 ways data analytics can help your F&I staff
As the markets start waking up from their COVID-19 slowdown, F&I departments are also trying to get back in the groove they were in before all of this started in March. It’s a challenge, especially for the stores that may have had to lay off staff to save money. Part of the ramp-up challenge is getting F&I processes back on track. Making sure your department is ready for how F&I has changed in a digital selling environment and offering the right products in a world changed by COVID-19. What is one tool you can use to make sure you’re ready? Read More

Share
Facebook
Twitter
Linkedin
Previous article
How your car dealership can stand out in the digital space – Tim Cox, CarNow
Next article
How to leverage seasonal service appointments to drive better business