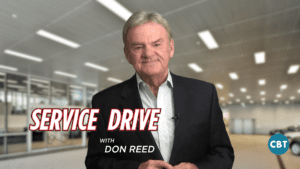 General Motors announced that its U.S. sales rose 5% in the fourth quarter from a year ago, as the automaker sold over 770,000 vehicles. The strong conclusion to 2020 marks the company’s best retail result in over a decade. While the Q4 results didn’t completely offset the sales GM lost while its factories were shut down during the pandemic, it did help GM close the gap as U.S. sales were down 12% from 2019.

Despite a steep drop in Q4 sales, Ford reported that the F-series lineup of pickups were the best-selling trucks for the 44th straight year. Ford sales dropped in Q4 by 9.8% and dropped 15.6% for the full year. According to the automaker, super duty sales maintained a strong selling pace and were up 14.1% while F-150 sales were off 32.7%. Andrew Frick, Ford’s new Vice President of Sales says the automaker is confident in its new lineup of trucks and SUVs to carry sales in 2021. Ford recently launched the new F-150, Bronco Sport, and Mustang Mach-E, all of which have gained serious interest from car buyers.

GM and Ford join other automakers, such as Toyota, who were aided by pickup sales in the fourth quarter. Toyota Motor North America reported sales of 249,601 vehicles in December, an increase of 20.4% on a volume basis. The automaker was also up 7.5% on a daily selling rate basis compared to December of 2019. Jack Hollis, Toyota Motor North America Senior Vice President for automotive operations said he expects the industry’s final sales results to come in between 14.5 million and 14.6 million vehicles. The automaker is predicting that 2021 will bring sales of about 16 million units as the industry looks to have a strong recovery.

The month of December was loaded with incentive programs. According to Cox Automotive, incentive volume reached a five-year high last month and finished well above 2019 levels. Incentive volume in December typically falls below November levels, as many automakers carry late-November programs through the end of the year. However, 2020 was different. According to Cox analysts, the high number of new incentive programs in December indicates that inventory levels are improving despite remaining lower than 2019 levels. 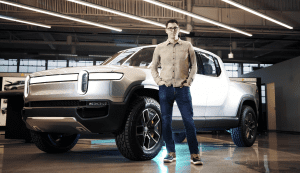 Five disruptive e-retailers and automotive companies to look out for
Disruption has become a common term used in the automotive industry, especially considering the recent impact that events like the COVID-19 pandemic have had on dealers and OEMs alike. From the sudden boom of online retailing to the effects of companies like Tesla, many events have seemed to put the automotive industry into a consistent state of flux. Nevertheless, many of these “interruptions” have led to an increase in innovation and an openness to creativity in 2020. Next year looks to be no different as many automotive-related companies have come to the forefront to bring a new era of technological advancement and a greater emphasis on building exceptional customer experiences.  Read More

Q4 car buyers making bigger purchases, putting more money down
During the fourth quarter of 2020, the average down payment for new vehicle buyers increased notably from $4,329 a year ago to $4,734. Over that same time frame, total purchase price, as well as monthly payments, rose compared with previous quarters and Q4 2019. December purchases were the highest of the year, according to Edmunds data. This data comes as COVID-19 cases have spiked in the United States and the economy has been in a drawn-out state of uncertainty. More than 25 million Americans remain on unemployment as the pandemic draws closer to the one year mark. Read More