Obtaining better crisis management and a response plan can minimize the impact of any future obstacles. 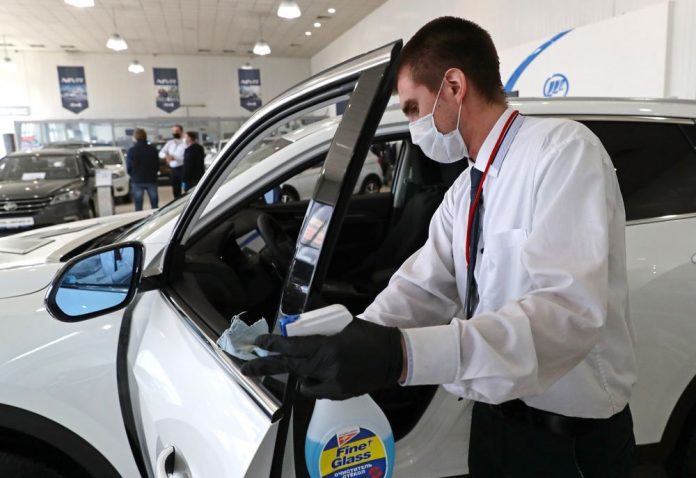 The automotive industry is always changing, and the COVID-19 pandemic has undoubtedly shaken things up immensely and will likely continue to do so both short-term and long-term. Automakers, dealers, and consumers are rethinking the car manufacturing, selling, and buying processes, which will create consumer shifts and the need for automakers and dealers to efficiently adapt.

There is no question that consumers’ preference for online and digital retail and communications has increased within the past two years. Newer automakers typically have state-of-the-art websites with the latest graphics and functionality, which draws consumers in – especially younger ones. Legacy automakers will need to follow suit and work to keep their advertisements, websites, and communications up-to-date with the most attractive and interactive digital capabilities.

Dealers should also take note of the advantages of having the latest technologies on their websites, as features like 360-degree views of vehicles, video chatting with salespeople, and having an accurate “sorting” function so customers can find the exact vehicles they want have proved invaluable throughout the pandemic. The ability to complete F&I paperwork virtually instead of in a dealership has also been a greatly appreciated offering.

Of course, in order to make digital improvements, automakers and dealers both may want to partner with or invest in technology firms (or even other automakers) that will allow them to access technologies they may not have on their own.

The strong push towards electric vehicles (EVs) continued during the pandemic, and automakers will need to adapt as supply chains and production return to pre-pandemic levels. Fuel prices reached record highs during the pandemic, leading more consumers to at least consider an EV, and there is also a growing desire for increased sustainability. While EVs are generally built with less parts overall than gas-powered cars, automakers will need to find ways to accommodate a heightened need for more sufficient battery production.

Of course, the switch to EVs will also require automakers to hire new talent and/or train their current employees on the latest EV technologies. The build and maintenance of EVs are quite different from those of gas-powered vehicles, and automakers may need to make a shift to hiring more software and electrical engineers and less mechanical engineers.

Automakers have generally had to slow down the development of autonomous vehicle (AV) technologies to save money and focus on other obstacles throughout the pandemic, but these may resume once supply chains stabilize and automakers have the money (and semiconductor chips) to continue AV programs. The extent to which automakers place an emphasis on AV technologies, however, will likely depend largely on consumers’ preferences. For now, lower vehicle costs and more attractive EVs seem to be more on their minds instead of AV technologies.

It is also unknown if the ride sharing, public transportation, and ride hailing sectors will go back to their pre-pandemic levels. Use of these services dramatically dropped during the pandemic as consumers were more frightened of the virus and others began working from home, and if this shift continues, there is the pressing question of whether or not individuals will purchase their own cars instead.

In addition, a study by Capgemini early in the pandemic found that more younger people are wanting to purchase their own cars. If this is the case, automakers may want to focus on building cars that are more attractive to the younger generation. Regardless, getting back to a point where there is enough supply should be a priority for automakers.

While the chances of another global pandemic are (hopefully) very slim, we have learned that many industries – including the auto industry – were not prepared for such a disaster. Parts, materials, and other supplies dwindled as manufacturers shut their factories and couldn’t keep up. Streamlining procedures and cutting costs to save cash may have helped some automakers learn more efficient and cost-effective processes, but being thrown into the unplanned crisis was not preferable.

Automakers will no doubt want to have a better plan in the case of other unforeseen circumstances, which could include challenges caused by geopolitical tensions out of their control. Taking action may include sharing more transparency within their supply chains, which would give them more cognizance of their suppliers’ inventories and procedures. In turn, this may reduce and prevent risks. Overall, having a better crisis management and response plan can minimize the impact of any future obstacles, regardless how big or small.

Facebook
Twitter
Linkedin
Previous article
Dealers report worst attitudes on record, according to Cox Automotive
Next article
Five tips on how to be customer-centered