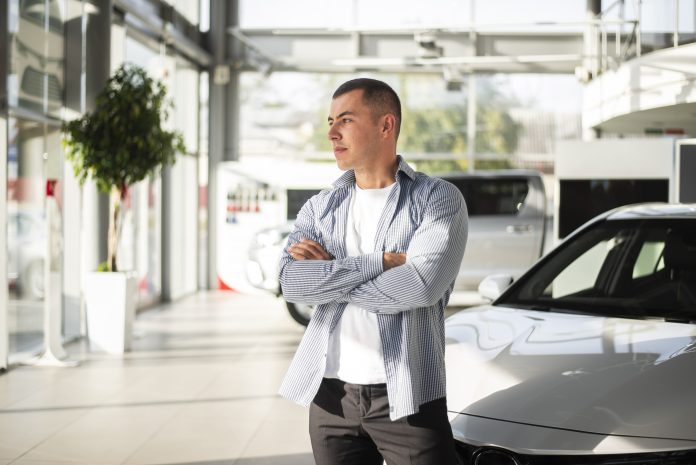 December’s U.S. retail vehicle sales results are a mixed bag. It signifies an end to 2022 that came with fluctuations experienced throughout the year. According to Cox Automotive, December will likely come in higher than forecasts, but it still represents a new trend: an emerging softening of demand.

What defined the last month of 2022? Which automakers won out? How does this shape up with the rest of 2022? Take a look at our December auto sales takeaways.

Vehicle sales exceeded expectations, but there are concerns

According to Cox Automotive, the annual sales pace of December is expected to end around 13.2 million units, slightly down from November’s 14.1 million and an uptick from last year’s numbers of 12.7 million. However, December’s higher-than-projected showing wasn’t enough to lift 2022 past the previous year. This year saw an 8% unit sales decrease from 2021 (13.9 million vs. 15.1 million).

The automotive industry’s issue with lagging inventory toward the beginning of 2022 likely kept the year from being as successful as 2021. Other problems like decreasing vehicle affordability and inflation likely made it harder for potential buyers to afford cars, particularly newer ones.

The average annual percentage rate (APR) also isn’t doing any favors for affordability. According to Bloomberg’s reporting, the APR for new vehicles was 6.5%, a notable increase from 5.7% in the third quarter of this year.

General Motors (GM) unseated Toyota as the top automaker in December 2022. For the entire year, GM’s sales increased 3% to cap out at 2.3 million units sold. However, the story is in the fourth quarter, where their sales shot up by 41% to a little over 623,000 units. Their strategy? General Motors racked up its numbers with high fleet and corporate vehicle sales and prioritized larger SUVs and pickup trucks. They are also making a statement in the EV market with a record 38,000 units sold of their Chevy Bolt and larger Bolt EUVs.

Hyundai and Kia are gaining ground

Both of these Korean automakers had a successful showing in December. For the last month of the year, Hyundai’s vehicle sales increased by 40% to 72,058. While year-to-year sales slightly dropped by 2%, Hyundai has seen exceptional momentum going into 2023.

Additionally, in a recent press release, Kia celebrated its best December sales with over 60,000 units sold, a 25% year-over-year increase. Again, much like GM and other automakers, larger vehicles helped to deliver their success, with cars like Sportage and Telluride representing almost 67% of their sales.

Nissan, Honda, and Stellantis saw a lackluster end of the year. Nissan saw a 2% fourth-quarter drop to 191,012 units compared to the prior year, while the company experienced an overall yearly 25% drop to 729,350 units. Honda also faced challenging numbers, with a year-over-year December drop of 32.9% to complete the year at 983,507. Lastly, Stellantis saw a 16% dip in sales for the quarter, and a 13% drop in sales for the year, finishing out at 347,669 units and 1,547,076, respectively. Nissan and Honda had production and supply issues throughout the year, while Stellantis’ popular Jeep brand dropped 12% for the year.

Another surprising development was Tesla’s lagging performance in the last quarter, which resulted in a noticeably negative end-of-year showing. Their shares dropped 14%, and car deliveries came below estimates (405,278 vs. 420,760 units).

December 2022 was a microcosm of where the automotive industry is currently. There is great news as supply starts to increase and production of vehicles starts to improve.

Nevertheless, some automakers are still experiencing lagging supply chain issues, especially in regard to cars with emerging technologies like EVs. Affordability continues to be an issue as APRs rise and the average price of new vehicles reaches record numbers (like $46,382). As 2023 begins to unfold, production issues and affordability may continue to be the prominent themes for this year.