Is your technology flexible and relatable to customers? | How much is your OEM spending on the future of the company? | A big advertising mistake for this dealer, but it paid off with exposure 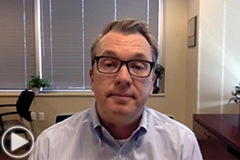 Is your technology flexible and relatable to customers?
We always hear the phrase, “Be where the customers are.” Currently, they’re online when researching for a vehicle. We also hear that we should be flexible and relatable, and that’s a little harder. According to Paul Whitworth, Senior VP of DMS at Dealertrack, making that technological connection with customers early is important, just make sure you’re using your current technology correctly. Because once they’re at your store, customers want to engage with you. Watch Now 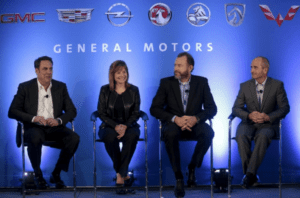 How much is your OEM spending on the future of the company?
As a dealer, you want your OEM to succeed. If they succeed, then so do you. For a company like GM, they have focused of their attention on high-margin trucks and SUVs, but according to CNBC, they’re also funneling money into new technologies. It’s reported that GM plans to spend more than $8 billion in capital expenditures this year. Watch Now

A big advertising mistake for this dealer, but it paid off with exposure
“If you fail, you fail big.” One Michigan dealer failed big with an attempt at advertising, but they certainly failed big with the exposure they received from it. Car and Driver says Subaru of Muskegon was given the opportunity to purchase 30 seconds of local-station air time during the Super Bowl at the last minute. It left the dealer scrambling to put together a spot in time, resulting in a silent clip displaying only the business’s website, the log of its dealership, and the words “Congratulations Patriots!” Read More

Share
Facebook
Twitter
Linkedin
Previous article
What customers are embracing at the largest U.S. car dealership | Does January’s numbers set the tone for 2018? | A dealership campaign that reaches the local community & saves lives
Next article
How to NOT Sell Cars in 2018