The 2020 LA Auto Show is reportedly being postponed six months to May of 2021. Traditionally, the Los Angeles International Auto Show takes place in late November every year. However, due to the uncertainty surrounding the COVID-19 pandemic, sources familiar with the event’s planning told Automotive News that the show was being moved. Based on current calendars, the event now sits between the New York Auto Show in April and the Detroit Auto Show in June, setting up a jam-packed spring.

U.S. auto sales remain on track for recovery in the month of August. Cox Automotive posted that Hyundai, Toyota, Mazda, and others posted August sales reports that fell in line with positive expectations. Subaru posted its best selling month in 2020 despite facing limited inventory challenges. The sales results reinforce what most auto dealers were saying mid-August when nearly 70% of franchised-dealers indicated that sales were returning to normal.

Ford plans to cut 1,000 North American jobs and they might not be done. The reduction is part of the company’s $11 billion restructuring plan. Ford CEO Jim Hackett announced the restructuring project last year titled “Smart Redesign”, with one of the first steps being the elimination of 7,000 salaried jobs worldwide. The project will be part of Hackett’s last involvement with Ford after announcing his retirement last month. Jim Farley is set to succeed Hackett as CEO on October 1, 2020.

After 13 years as president, Forrest Heathcott says that he will retire from the JM&A Group in early 2021. He will be succeeded by Dan Chait, president of sibling company Southeast Toyota Finance.

One of Chicago’s most iconic and recognized auto dealers has passed away. Bob Rohrman died Tuesday night according to his family. Rohrman started selling cars when he got out of the army in 1955. Through the years, he built a network of more than 30 dealerships from Kenosha to Indianapolis. For decades, he warmed the hearts of many with his comedic dealership commercials. Rohrman was 87 years old. 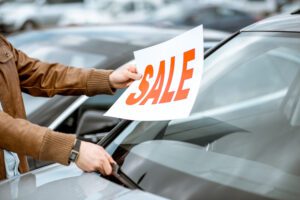 BHPH Auto Loans Provide an Option for Debt-Strapped Americans
American debt loads are accelerating, driven by extremely low-interest rates in the pandemic recovery. An unexpected housing boom demonstrates how consumers are taking advantage of the economic downturn, and between May and June, pending home sales rose by 16 percent. Delinquency rates rose steeply on FHA-insured subprime mortgages in lockstep with as many as 17 percent of said mortgages delinquent. Read More 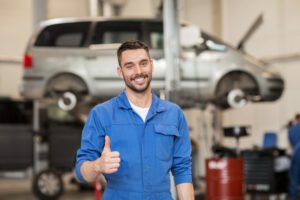