Home Auto News Industry News What steps are being taken to curtail the uptick in catalytic converter...
Facebook
Twitter
Linkedin 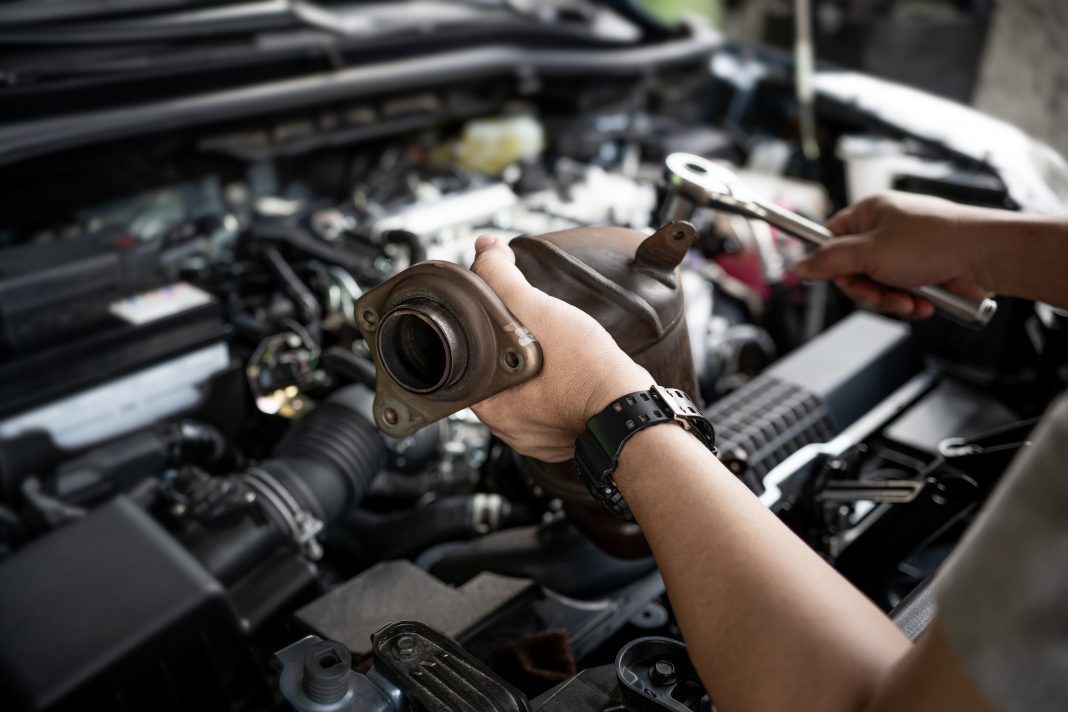 Catalytic converters are a crucial part of a car’s exhaust system and transform hazardous chemicals from the engine’s emissions into more environmentally-friendly gases. Not having one can result in engine performance issues, resulting in costly repairs for consumers.

So, what are states doing to prevent this problem, why is it happening, and are certain cars being targeted the most?

Catalytic converters have become a valuable commodity for thieves, primarily due to the materials needed to make them. Catalytic converters are typically composed of platinum, palladium, and rhodium, precious metals that have skyrocketed in value over the past couple of years due to supply chain issues brought on by the pandemic and the Russia-Ukrainian conflict.
For example, as of March 2022, rhodium was $20,000 per ounce. These metals can be a big payday for someone looking to steal a catalytic converter.

Which cars are at the most risk?

According to David Glawe, president, and CEO of the National Insurance Crime Bureau, these are the cars that are likely the most targeted for catalytic converter thefts:

Electric and hybrid vehicles: Some hybrid cars have a higher amount of precious metals in their catalytic converters than conventional cars.

Cars that are higher off the ground: Cars with higher clearances make it easier for thieves to get under them to steal the converter and get away more quickly. This is especially a problem since it only takes someone 30 seconds to steal a catalytic converter. So, vans and possibly even trucks with lift kits could be at risk.

What are states doing to curb the catalytic converter thefts?

In 2021, 26 states suggested bills to halt catalytic converter theft. Of the 26 states, ten went ahead and passed their legislation. Here is a quick snapshot of current laws:

What you can do to prevent catalytic converter thefts

For dealers looking to protect their car from possible catalytic converter theft, the NICB recommends:

Time will tell if the current — and potential future — laws, along with dealers and consumers implementing the NICB’s tips, can help to stamp out the rise of this crime.