The what, why, and how of America’s emerging EV battery belt

The newly signed Inflation Reduction Act promotes clean energy and will likely help establish what is being dubbed the "EV battery belt." 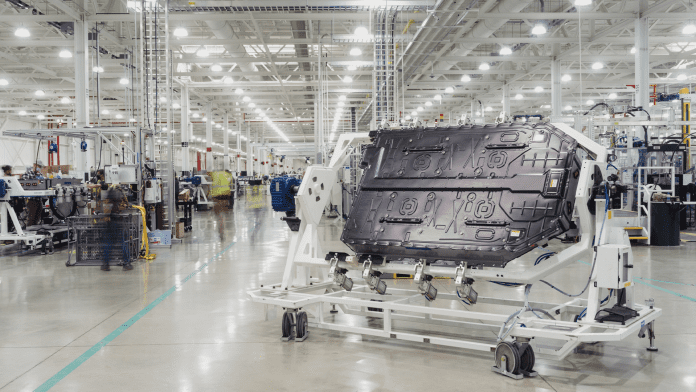 The Biden Administration has made another significant step toward ensuring that 50% of all new vehicles are EVs by 2030. One of the primary hurdles for consumers and automakers alike was the high cost of EV batteries and their production.

In addition to addressing healthcare and economic prosperity, the newly signed Inflation Reduction Act promotes clean energy by increasing investment in this country’s battery supply chain. Additionally, it will likely help to establish what is being dubbed the new “EV battery belt.”

What is the EV battery belt?

This gesture can result in a large number of financial incentives for automakers. In response to the Administration’s call for more EV battery investment, there has been an effort to create more gigafactories. These locations are facilities responsible for producing EV batteries. The parts of the country where these factories are concentrated are called the EV battery belt.

Where is the EV battery belt?

The emergence of these new gigafactories will likely be the result of partnerships between automakers and production companies. For example, in 2021, Ford and SK Innovation announced a joint partnership to develop batteries. Independently, automakers are also making their own investments. Ford and GM plan to spend $50 billion and $35 billion within the next four to five years, respectively, on EV production. Blue Oval SK, SK Innovation, and LGES are just some of the non-automaker companies participating in this EV battery gigafactory expansion and are becoming instrumental in opening multiple facilities across the country.

Why is there such interest in the region?

The interest in this region has a lot to do with location and transportation costs. According to Dallas.org, the high cost of transporting lithium-ion batteries requires these gigafactories to be located near automakers. An example of this is the LG Energy Solution plant located in Michigan near multiple General Motor plants.

As mentioned above, the Administration will likely offer tax subsidies for EV production, making it beneficial for automakers to jump in and seriously begin EV production — specifically battery creation. For example, automakers can benefit from a $35 tax credit per kilowatt hour for each U.S. battery cell produced. In addition to tax credits, automakers may be eligible for loans to help offset the costs.

The Inflation Reduction Act by the Biden Administration and the planned establishment of gigafactories across the country, offer legitimacy to the push for more EVs. The structure of this investment can help to drive down the cost of EVs overall and make it easier for automakers to produce them.

Additionally, this move, along with other recent efforts, like the CHIPs and Science Act which promote semiconductor investment, can make it easier for automakers to source the materials they need to efficiently produce EV batteries. This can help to add more stability to the supply chain.

As stated above, EV affordability — especially in EV battery production, has been a hurdle for the auto industry to overcome. This move may improve this issue and move closer to the 2030 new EV production goal.