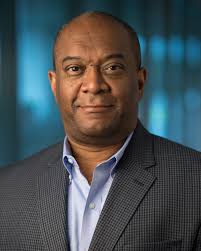 How AutoNation is promoting diverse and inclusive hiring practices – Rock Anderson
Here at CBT, we strive to keep the conversation going on building diversity in the automotive industry. AutoNation, the largest retailer in the country, has had tremendous success in hiring and retaining African-Americans and other minorities. Rock Anderson, senior vice president of human resources for AutoNation joined us to talk about the recruitment of minorities and building diversity. Watch the full segment here.

Sonic Automotive is starting to see improvements in its Q3 outlook as it recovers from pandemic lows. The auto retailer said on Tuesday that it expects third-quarter per-share earnings to range from $1.08 to $1.15, up 64 to 74% from the same time last year. Up until now, new car sales for Sonic have paced behind September of last year by 9%. While new car sales have lagged, Sonic has had positive numbers in used car sales. Sonic’s used-vehicle brick-and-mortar brand, EchoPark, has improved 13% so far in September. When adding the value of EchoPark to overall sales for Sonic, September numbers have jumped 36% in the month to date.

Facebook is looking to enhance its auto inventory ads option with mobile optimization features that will help dealers reach car shoppers directly on Facebook. These new ads will be featured on several Facebook discovery surfaces. Shopper engagement with these ads will link users to an on-facebook information page. The shopper will then be directly connected to the dealer via message. The new ad features will allow dealers to reach customers directly through Facebook, without having them rerouted to another website. Facebook believes this ad method will be more engaging for dealers and improve digital advertising efforts.

Kia Motors is joining the EV arms race. The automaker announced its global EV strategy on Wednesday as the company plans to launch seven new BEVs by 2027. The first of these is called the Kia CV, an electric crossover which is set to hit the market next year. The company is aiming for EVs to account for 25% of total sales by 2029 as it launches a range of new electric vehicles and partners with companies that work in EV charging infrastructure across the world.

A Wisconsin-based nonprofit received a gift unlike any other. Rawhide Youth Services, an organization that offers an array of services to at-risk youth, was gifted a 1965 Pontiac GTO. CEO of Rawhide, Alan Loux said that they are used to getting donated vehicles. However, the vintage GTO is “far and away the largest donation of a vehicle that we’ve ever gotten.” Doner, Paul Kardish said the vehicle had over $175,000 dollars invested in it. The donation is expected to help Rawhide change the lives of many kids in tremendous ways. 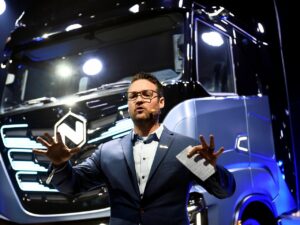 SEC probing Nikola, shares fall again
Phoenix-based Nikola Corp. is the latest company to be in the SEC’s hot seat after short-seller Hindenburg Research accused it of being engaged in “intricate fraud” by over-exaggerating the capabilities of the electric trucks the company is building. The DOJ has also joined in on the probe, with federal prosecutors looking into claims that Nikola “misrepresented progress it made in developing key technology core to releasing new models.” Accusations in Hindenburg’s report include that Nikola misled investors and violated securities laws. Read More

Mitsubishi connected car tech exemplifies a tool for customer retention
On Wednesday, Mitsubishi Motors announced that Eclipse Cross drivers will be equipped with connected car tools to accentuate the ownership experience through the My MITSUBISHI CONNECT app. In a press release, Mitsubishi Motors North America said that they’ve partnered with Dealer-FX and Aeris Mobility Services for the technology. Read More