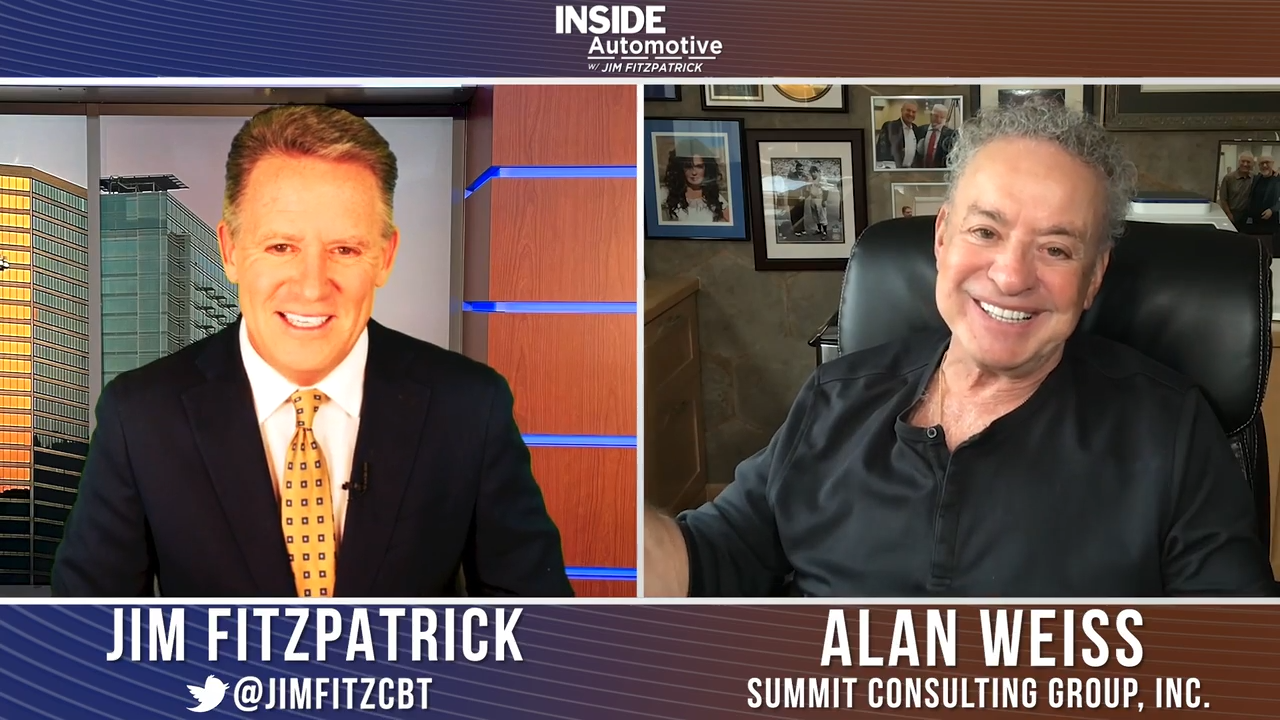 Alan Weiss on fostering and sustaining a high performance car dealership team
If you’re looking for ways to keep yourself and your team motivated for success in this new year, then now may be the time to set the tone. It’s not too late. Today on Inside Automotive, we’re joined by Alan Weiss, business coach, speaker, and New York Times best-selling author, to help us kickstart the year with his recommendations for success. Watch the complete segment here.

Carvana and CarMax are about to have some more competition, as General Motors announced it will be debuting its own used car sales platform that will sell GMC, Buick, and Chevy vehicles it gets from GM dealers along with other vehicles obtained from GM Financial. The online platform will be called CarBravo, and GM says it currently has around 400,000 used vehicles in stock. A GM operations executive told reporters that GM feels the new platform could outsell Carvana due to this high inventory, and NASDAQ reported Monday that Carvana stock hit a 52-week low, down over 33% from last January. GM is taking advantage of booming used car sales due to ongoing supply chain interruptions and plans on launching CarBravo in the Spring.

Tesla continued to make the most electric vehicle sales in the U.S. throughout 2021, which was a transformative year for the EV segment overall. According to the Detroit Bureau, each of Tesla’s EV models held a spot on its best-selling EV list throughout the year, with its Model Y topping the chart. While other automakers saw much lower EV sales numbers, Ford followed Tesla’s Model 3 with its electric Mustang, and the Chevrolet Bolt followed closely behind despite the detrimental impact of all Bolt vehicles being recalled last fall due to potentially faulty batteries. Sales across the electric segment as a whole increased 83% compared to 2020 but still only made up around three percent of all U.S. vehicle sales.

On Tuesday, a German teenager announced on Twitter that he had found a way to hack into over 15 Tesla vehicles and remotely command the vehicles to carry out certain tasks such as unlocking the doors, starting the cars, adjusting the sound system’s volume, and turning the headlights on and off. Nineteen-year-old David Colombo confirmed he could not carry out tasks such as braking and controlling the steering wheel, but refused to announce what the actual software issue was. Colombo added that a small number of vehicles were affected by the flaw, and tweeted later that Tesla had reached out to him and was investigating the possible security issue.

Rod Alberts of the Detroit Auto Dealers Association told reporters Tuesday that the North American International Auto Show will be returning to the Detroit area from September 14 to the 25. Albert said the association is “proud” the show is returning to Detroit and added it will be a “dynamic, engaging, experiential show.” the last time Detroit held an auto show was at the beginning of January 2019, as last year’s International Auto Show was canceled due to the pandemic. The upcoming show will open to the public on September 17. 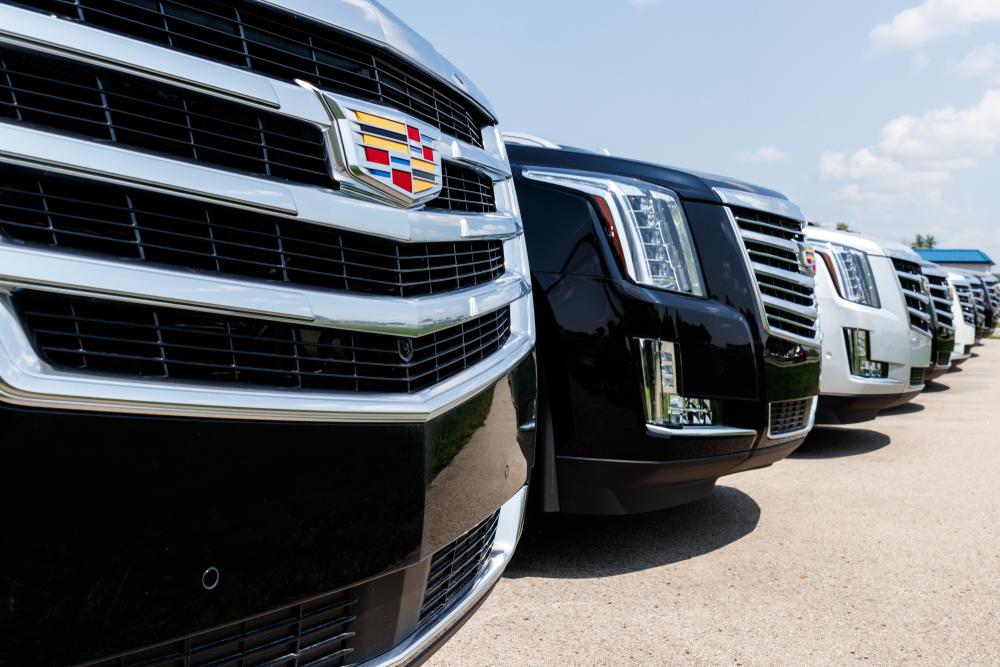 Luxury vehicle sales push higher, incentives drop lower in December
December’s high-end vehicle sales are normally higher than the rest of the year, and this past December maintained that trend and even pushed it further. Luxury vehicle sales accounted for 18.4% of the total sales through the month, according to Kelley Blue Book. Strong numbers for the month include above-MSRP pricing for luxury models and incentives that dropped as low as the industry has seen. Kayla Reynolds, analyst for Cox Automotive said in the press release, “December typically is the best month for luxury vehicle sales, and 2021 followed that trend in a big way. The result was another record in overall average transaction prices, completely driven in December by the increase in luxury vehicle sales.” Read more 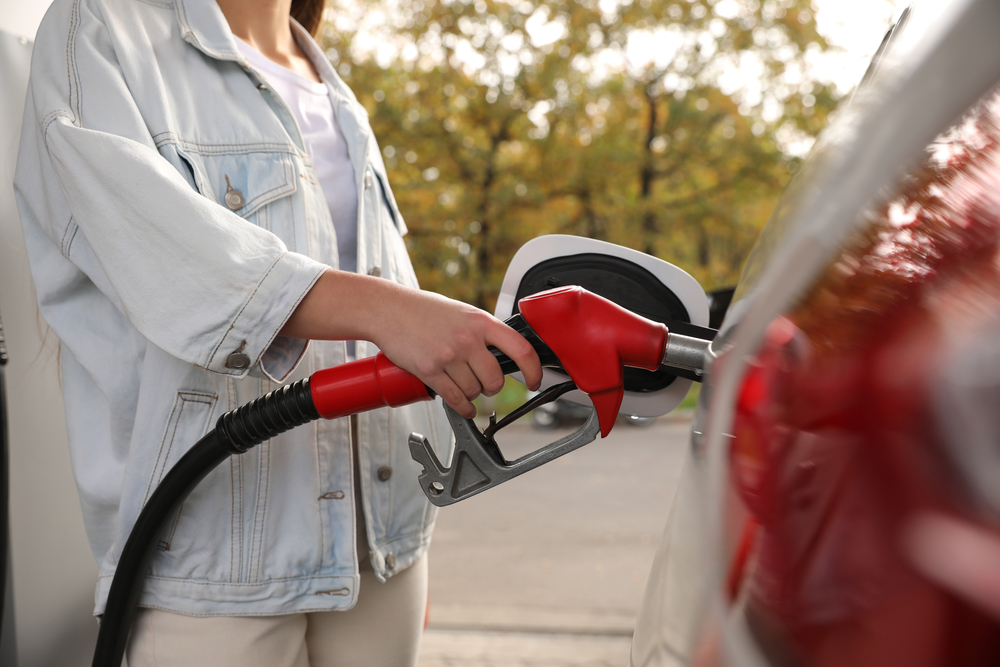 Prolonged high gas prices could lead to a shift in demand toward smaller cars
Consumers may be feeling an extra strain as they pay at the pump. According to the American Automobile Association (AAA), the national average gas prices have risen to $3.30, $1.01 more than the same time last year. In Kazakhstan, an OPEC+ alliance member, tumultuous events have led to the county halting its oil production, leading to a significant increase to $80 per barrel for crude oil. While most states are seeing gas price increases, Indiana (up 17 cents), Ohio (up 14 cents), and Illinois (up 10 cents) are seeing some of the highest per-gallon price hikes. At the same time, California ($4.65), Hawaii ($4.31), and Washington ($3.93) are the most expensive markets for gas. Read more