Rick DeSilva of Liberty Subaru in Emerson, New Jersey was named the 2021 Time Dealer of the Year. DeSilva was awarded the honor at the virtual NADA show. DeSilva was chosen from a field of 40 nominees and was recognized for giving back to his community. During the COVID-19 pandemic, DeSilva served as a member of his local school board. Other finalists who were recognized at the virtual ceremony included Christine Alicandro-Karnolt of Marty’s GMC-Buick; Timothy Crenwelge of Crenwelge Motors; Michael Molstead of Mike Molstead Motors, and Christina Dawkins former owner of CO’s BMW Center.

Toyota is hardly concerned about the ongoing chip shortage as the automaker hiked up its full-year earnings forecast to 54%. On Wednesday, the company said it has up to four months worth of chips in stock, even though it wasn’t expecting an industry-wide shortage. The company’s CFO recently said that Toyota doesn’t plan on decreasing production volume in its short-term strategy. When asked about why the company is unhindered compared with competitors, company officials said Toyota has been constantly communicating with its suppliers about short and long-term production plans. For the fiscal year ending March 31st, Toyota now expects a record operating profit of $19.13 billion.

It turns out, Tesla isn’t the first auto company to accept cryptocurrency as a form of payment. After Tesla announced plans to begin accepting bitcoin as an acceptable currency for vehicles, several dealers have now come forward to say they have accepted bitcoin for years. Billionaire businessman and automotive dealer Tilman Feritta recently told CNBC that his luxury car dealership sold more than a dozen vehicles for bitcoin since it began transactions using digital currency nearly three years ago. He said the idea to start accepting bitcoin came from his employees. Feritta told CNBC, “we’ve always talked about being innovative and ahead of everyone else. Don’t be a dinosaur around here or you won’t last.” Georgia car dealer Christopher Basha was also ahead of Elon Musk as he started accepting bitcoin payments in 2015. After bitcoin prices surged in 2017, Basha said that one customer used the cryptocurrency to buy four Kias for a total of more than $150,000.

General Motors reported fourth-quarter earnings that easily beat Wall Street expectations, but also warned that the ongoing chip shortage could cut 2021 earnings by up to $2 billion. The automaker’s Q4 revenue was up to $37.5 billion compared to $36.12 billion predicted by market analysts. CEO Mary Barra said production cuts could cost anywhere between $1.5 to $2 billion. This puts the automaker in the same unfortunate position as its rival Ford Motor Company. Last week, Ford announced that the crisis could lower its earnings by $1 to $2.5 billion.

Toyota makes a robust update to profit forecast
The world’s best-selling automakers has now updated their full-year profit expectations after realizing a net profit increase of 50% in the third quarter of their fiscal year. Toyota Motor Corp increased their yearly earnings by 54% on the news – a surprising move as other automakers worldwide continue to fall behind in production. After announcing a Q2 financial summary in November that forecasted modest improvement after a frightening pandemic-shaped Q1, the third-quarter earnings report generates cause for optimism when Toyota’s year end rolls around at the end of March. Operating profit rose to $9.45 billion USD by the end of Q3, and Toyota now forecasts an operating profit of around $19 billion for the full year. Amazingly, it’s a record profit for Toyota. Read more 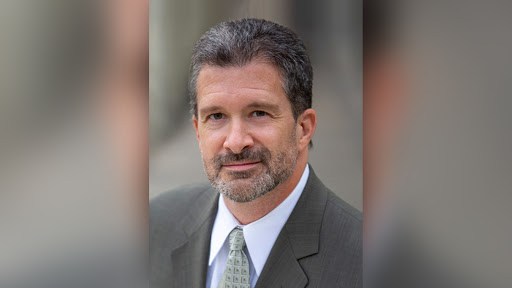 Rick DeSilva awarded Time Dealer of the Year
Rick DeSilva, owner of Liberty Subaru in Emerson, NJ, was announced as the 2021 Time Dealer of the Year. DeSilva was awarded the honor by Time and Ally Financial at the 104th National Automotive Dealers Association Show. Like the rest of the NADA show this year, the ceremony was held virtually and honored five finalists including DeSilva. DeSilva was honored for his ongoing charitable work, particularly amid the COVID-19 pandemic. Among his many community service efforts, DeSilva was praised for his role as vice president of the Mahwah Board of Education in the planning of safely bringing students and faculty back to school during the pandemic. DeSilva is a 1993 graduate of Mahwah High School and works diligently to advocate for the school. Read more