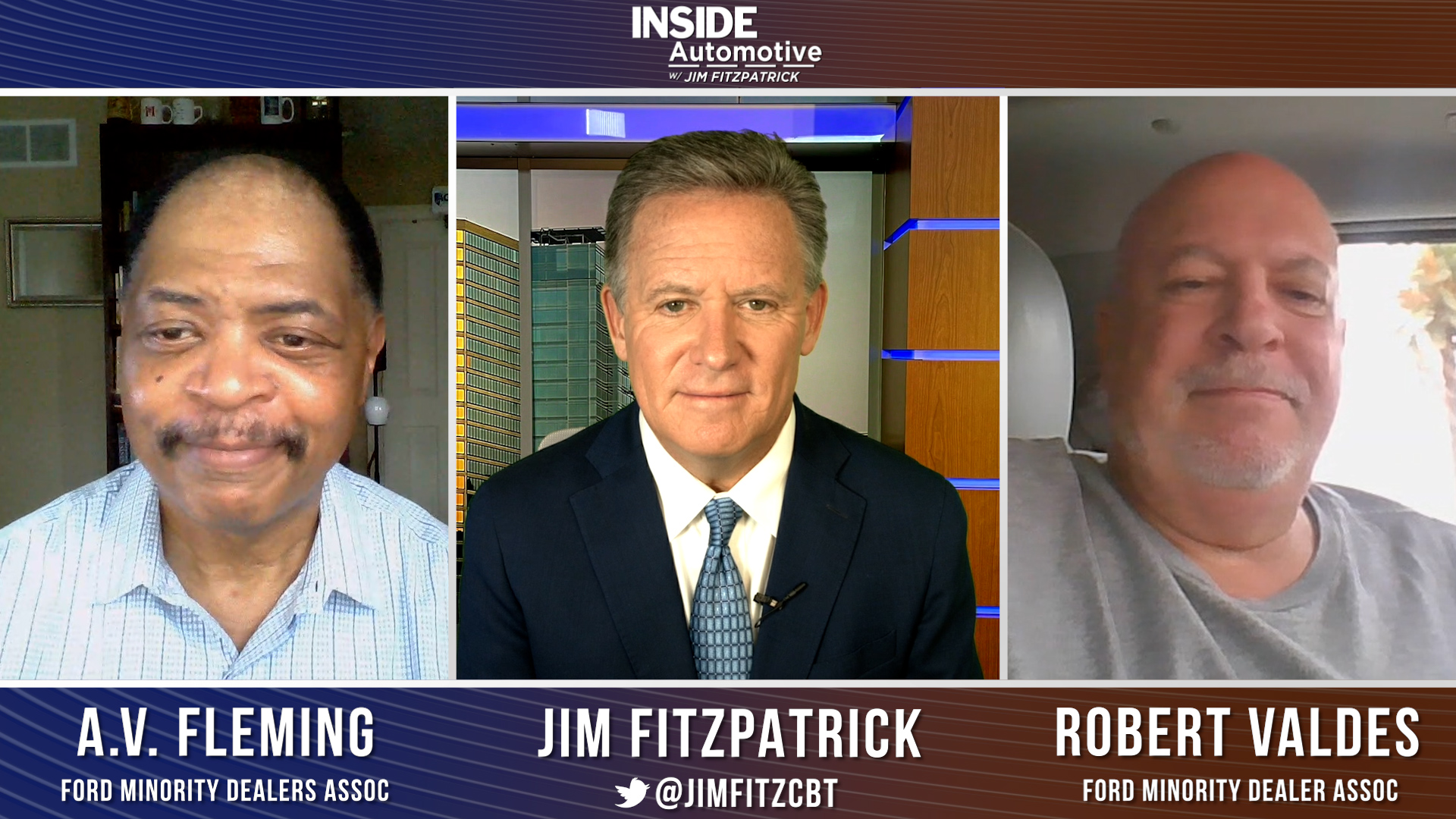 How Ford is growing minority representation within its dealer network — A.V. Fleming and Robert Valdes
Ford Motor Company is taking significant strides to meet its 2020 goal of adding 100 minority dealers within five years. Today on Inside Automotive, we find out more about Ford’s minority dealer growth with both the Executive Director and Chairman of the Ford Minority Dealers Association, A.V. Fleming and Robert Valdes. Watch the complete segment here.

General Motors has announced its plans to reinstate quarterly dividend payments after previously suspending them in response to the impact on sales and production caused by the global Coronavirus pandemic. The first dividend, at the rate of 9¢ per share on the company’s common stock, will be paid on September 15. Ford Motor Company has also said it would restore its dividend to the pre-pandemic rate of 15¢ a share. GM stocks are down 33% in 2022, despite the company’s optimistic outlook expressed to shareholders last month. Read More

In other GM news, the automaker and LG Energy Solutions are considering opening a fourth US battery cell plant in Indiana, according to a spokeswoman for the companies’ joint venture. The plant is expected to have an investment cost of more than $2 billion. “Ultium Cells LLC is developing a competitive business case for a potential large investment that could be located in New Carlisle, Indiana,” the spokeswoman said. Ultium’s first US battery cell plant, located in warren, Ohio, is set to begin production later this month. Gm and LG energy are building a $2.3 billion plant in Spring Hill, Tennessee, set to be completed by the end of 2023. And construction on a plant in Lansing, Michigan, will begin in 2024. Read More

Some customers are not pleased with Rivian‘s decision to cancel the entry-level version of its R1T electric truck, essentially raising the price of its base model electric truck by over $6,000. The company stated they were discontinuing the base “Explore” model in favor of the $73,000 “Adventure” trim. Customers with existing orders can either upgrade to the more expensive trim level or cancel their pre-orders. The company tried to raise prices on its vehicles by up to 20% in march but walked back the idea after outrage from customers. Read More

Ford unveiled their new concept car, the model L100, for luxury brand Lincoln late last week. The event took place at Pebble Beach as part of Lincoln’s 100th-anniversary celebration. The futuristic concept car pays homage to Lincoln’s first luxury vehicle, the 1922 model L while showcasing the company’s vision of what an electric luxury car could be. The concept car features a sleek fastback with 360-degree glass around the top of the vehicle. Both the doors and the roof of the vehicle open outward from the back, similar to futuristic concepts from other automakers. The Lincoln badge is illuminated on the vehicle in place of traditional emblems. Read More