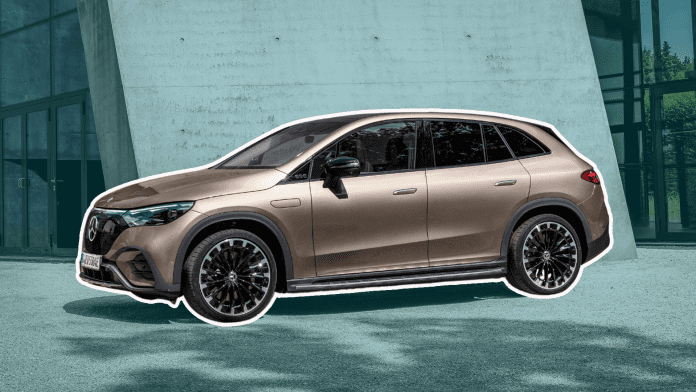 Mercedes-Benz shared a frenzy of press releases over the weekend, which included further details about their upcoming electric line of SUVs. The company is busy releasing its EQ line of electric vehicles, which began with the EQS sedan, the smaller EQE model, and two other models – the EQC and EQB. The company has even hinted at a seven-seat EQS SUV expected later this year.

According to the press release, the EQE SUV will be more compact than its sedan counterpart but will have a more spacious interior. It also features a similar range to the sedan version, with an expected 550 km (342 miles) for European versions.

The standard version will feature a lithium-ion battery allowing over-the-air (OTA) updates. The SUV’s chief engineer, Dr. Oliver Röcker, spoke on the press release, saying, “Our large Mercedes-EQ models are so full of innovations that I find it difficult to pick out individual highlights,” but pointed to the “customer-centric technical innovation” that “allows the front passenger to watch TV during a journey, for example, without distracting the driver.”

Mercedes also offered the first look at its upcoming AMG version of the EQE SUV, providing less range but higher performance capabilities. The Mercedes-AMG will mark the first-ever performance SUV in the company’s line-up. The release says the AMG will feature “two powerful electric motors and fully variable all-wheel drive” as the basis for the “hallmark AMG dynamic driving experience.”

Apart from the updated exterior design, which features a brand-specific AMG emblem on the hood, the interior features an optional MBUX curved Hyperscreen. Three separate screens are contained within one piece of glass and extend from A-pillar to A-pillar, allowing drivers to select from different driving characteristics using the AMG DYNAMIC SELECT programs.

Pricing for either model has not yet been released.