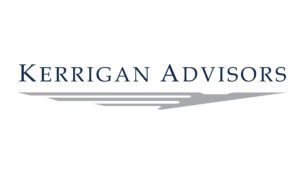 Ryan: Thank you, Bridget. Always good to be with you.

Bridget: So how did the Kerrigan index fare for November?

Ryan: The S&P was up almost 1%, but the Kerrigan index was down over 4% for the month. It was a really mixed bag. Asbury was up 6%, but all of the component stocks were down with Lithia down 9% and Sonic down 13%.

Bridget: So pretty big swings in a single month. What is driving these swings?

Ryan: It’s a very choppy market for automotive retail, and the stats are mediocre. I say mediocre because overall industry health, that is to say volume of profits, is pretty strong, but there’s no growth. Absence of growth puts a lot of pressure on the bottom line, and markets are reacting to that uncertainty. It’s worth noting that year-to-date the earnings for the public auto retailers have been quite robust, but it’s the job of the stock market to be guessing what’s coming down the pike, and that’s where we’re seeing these bigger swings.

Bridget: Why was Asbury up so much this past month?

Ryan: Asbury did over-perform its peers in November. There were no earnings announcements or anything in particular we can point to other than some generally favorable financial news about earnings velocity and the focus on store expansion on their last earnings call. David Hult, the CEO, said on that call, “During the year of 2018 I don’t think we had a single week we were not looking at an acquisition. It’s fair to say we’re looking at things right now.” So that gives you some insight into their current thinking about growth and acquisition.

Bridget: What about Sonic, which was down the most this past month?

Ryan: Yes. Sonic continues to struggle at least as it relates to its market capitalization, hitting its 52-week lows this past month. As you may recall, there was some unexpected changeover in leadership about two months ago when David Smith took over for his older brother, Scott Smith. This caught the market by surprise, and Wall Street is very much look for clarity about the company’s direction. As discussed, this is a choppy market, so small swings in performance can easily impact profitability.

Bridget: How is it all playing out for privately-owned dealerships?

Ryan: Well, there are two big factors impacting the publics that are squarely impacting private dealers as well. First, no top line growth and even some shrinkage in new car unit volume and rising cost structures, starting with interest rates and HR but really extending to the entire P&L.

Bridget: This is pushing profits down?

Ryan: We’re seeing 2018 results coming in all across the board. Some dealers got surprised by the impact of rising rates and are seeing performance trending down 30 to 40% over 2017. Conversely, we see other private groups that are still posting record years, either because of good product mix, geographies that are still booming, or because of really strong commitment to expense control and growth in higher margin segments like used cars and fixed ops.

Ryan: Yes. It’s easy to say that we’re sensitive to interest rates, but we’re really starting to see why that’s the case. We immediately think of floor plan and the fact that our industry is reliant on highly-valuable inventory, but interest rates are much more pervasive than that. They impact the various forms of debt carried by most dealers, including cap loans and real estate loans, but they also impact our revenue line as well. Interest rate increases impact affordability and on-the-margin unit sales. So as interest rates are creeping forward, they’re really impacting us on all sides.

We did an analysis earlier this year in which we estimated a 100-basis point increase in rates or a 1% increase would bring down dealership profitability by 18% unless you make decisions to offset those impacts. Having just spoken to a large California dealer yesterday, I think it’s fair to say that this is playing out. He was explaining the very significant operational improvements they’ve made in the last two years, and they’re still seeing profits trending flat to down.

Bridget: Yet the U.S. economy continues to grow. So why is auto retail not thriving?

Ryan:: This really gets back to interest rates. We’re more sensitive to interest rates than many other parts of the economy. It’s not only our cost structure, but our products are expensive and financed by our customers. So we feel it first.

Bridget: How is this all impacting transactions?

Ryan: Well, transactions are continuing to get done. We’re tracking to a fifth straight year of 200+ transactions, although I will say this past year we’re seeing a lot more generational transfer conversations and transactions.

Bridget: At what age do dealers typically decide to sell?

Ryan: Well, we’ve represented clients from their 40s into their 90s, but 65 to 75 is the most common age. A lot of it depends upon the role that a dealer plays. For those that are very hands-on, they tend to get to this decision earlier, but for those that are able to build management teams around them, enabling them to do more travel and leisure, it often pushes the decision up into their 70s. But for most there’s just that time when they simply don’t want to be troubled with the commitments and the investments required to stay competitive in auto retail. While each dealer has his or her own unique time clock, 65 to 75 is most typical.

Ryan: In some cases there’s a really strong next-generation operator able to step in and run the business or a management team that’s able to construct some kind of buyout, but typically that’s not the case. The transaction sizes, particularly including real estate, are getting so large that it’s difficult to structure those kinds of internal buyouts.

Bridget: Which is what opens the door to consolidation.

Ryan: Yes. Certainly the generational aspect plays into this, but also the business model is changing with larger organizations having a distinct cost advantage. So the consensus, the push, is very much towards consolidation.

Bridget: Any major transactions or investors to announce?

Ryan: No. There have not been any big announcements in recent weeks, although I can tell you that we’re in conversations with a couple of very large family offices that are considering making investments in auto retail for the first time. We’re also talking for the first time with an institutional investor about making a very significant platform investment. In this case, it’s a very large pension fund that does some direct investing and has been evaluating our industry for some time.

Bridget: So these are new types of equity investors?

Ryan: Yes, exactly. Very significant equity investors that are new to automotive retail. That said, it’s worth noting that we have some innovation on the debt side as well. For the first time a private group floated public bonds for a buyout. Recently the Ken Garff Automotive Group successfully sold $375 million worth of bonds to finance the buyout of its equity partner, Leucadia.

Bridget: Where does the traditional player play in this new world?

Ryan: Be prepared to innovate. In our estimation innovate in two specific ways. Take cost out and get closer to your customer. First, on the cost side we all know that industries evolve and become more efficient, and there’s no question that technology is going to allow us to efficiently sell cars to consumers. So we have to be adapting to that new paradigm. But perhaps more importantly, we need to be looking around at other successful retail models and how the customer is being served. In other segments those that are closest to the customers win. In many cases that’s by going online and transacting online. In other cases it’s by convenient point-of-sale locations, whether that be mobile phone stores or bank branches.

Now while we have some limitations in automotive retail in that we have defined geographies and most dealers have committed very significant in bricks and mortar, we have to be thinking beyond that current configuration and find ways to get closer to the customer. That’s where the next generation of dealers, regardless of their size, are going to excel.

Bridget: Any changes to valuations in blue sky multiples?

Ryan: Great assets are still bringing great prices, and we’ll be announcing the sale of some trophy assets in January, but valuations in some cases are coming down because earnings are down, and the buyer community is generally less willing to pay for upside. Most deals today are getting priced on current earnings. As for multiples we see general stability. I’d note just a couple of adjustments that we’re making.

In the most recent blue sky report, we brought down the high end Audi multiple by one-quarter to eight-and-a-quarter, and we’ve done this because we’ve seen Audi’s push for volume has really impacted dealership profitability, and we’re seeing a bit less buyer demand for the franchise. We’ve also seen Audi use the right of first refusal more than other OEMs, and this has dampened buyer demand for the franchise.

In terms of outlook, we’re downgrading the outlook for Subaru to negative to reflect the brand’s recent quality issues. Here again, very significant growth in recent years and still a very attractive franchise, but we’re simply putting on watch that we could see multiples come down a bit based on current trends and headlines about recalls and product quality. But to be clear it’s been a very attractive franchise that’s worked very well for a lot of dealers.

Bridget: Well, thank you so much, Ryan. It’s always great to have you on CBT.

Ryan: Thank you, Bridget. I always appreciate the chance to talk with you.