Is athlete marketing through NIL worth it for auto dealers?

In 2020, California became the first state to allow its college athletes to profit from their NIL. 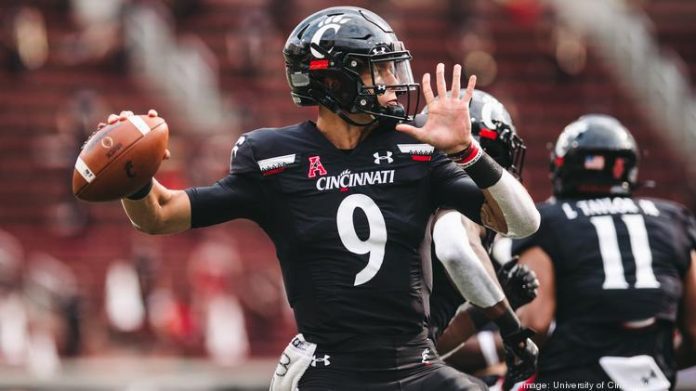 The NCAA’s recent new rules on name, image, and likeness (NIL) will profoundly impact student-athletes’ lives. For the first time, they will be able to profit from their work—by signing endorsement deals, for example. But the rules are also likely to lead to increased recruiting spending and more significant pressures on athletes to perform at a high level.

The net effect is likely to be mixed. On the one hand, the new rules will give athletes more control over their own careers. On the other hand, they could also create new problems and stresses. Only time will tell how it all plays out. Either way, the changes will impact the world of college athletics significantly.

It also opens a new avenue for using the athletes to promote your dealership. But, before opening a new marketing budget category, let’s first look at the latest decision.

The National Collegiate Athletic Association (NCAA) is a nonprofit association that regulates athletes of 1,268 North American institutions and conferences. These athletes compete in 24 sports across three divisions. The NCAA’s primary source of income is from television contracts, merchandising, and Postseason NCAA Football.

Along with this revenue, the NCAA also generates money from marketing student-athletes’ names, images, and likenesses (NIL). Collegiate NIL use was initially forbidden but has changed due to numerous lawsuits in the 21st century. Now, schools are cornerstones in athlete marketing as they license their name and logos to be used on commercial products.

In 2020, California became the first state to allow its college athletes to profit from their NIL. Before this legislation was passed, the school’s athletic program and the athlete’s agent would split any income generated 50/50. However, all that has changed. Now, athletes can hire agents and sign endorsement deals without losing their eligibility to play collegiate sports.

In 2020, it was projected that California’s law would generate over $3 billion for student-athletes by 2023. Yahoo Finance says that “college athletes earned an estimated $917 million in the first year of Name Image and Likeness (NIL) payments, which began in July 2021, according to new data from Opendorse.”

To give you another idea of what this means, athleticdirectoru.com says, “by our calculations, the UCLA women’s gymnastics team alone could be worth as much as  $1,250,000 annually in endorsement revenue, including generating almost $10,000 per team-wide sponsored Instagram posts pushed out via a platform like Inflcr.

These numbers will only continue to grow. Therefore, it is safe to say that collegiate athlete marketing is here to stay and will only become more prevalent.

The pros and cons of athlete marketing through NCAA’s NIL

The NCAA’s decision to allow student-athletes to profit from their name, image, and likeness (NIL) has been controversial. On the one hand, many believe that athletes should be compensated for their skills and the revenue they generate for their schools.

After all, college sports are a billion-dollar industry, and the athletes are the ones putting their bodies on the line. On the other hand, others argue that NIL will create an unfair playing field, with some athletes benefiting from lucrative endorsement deals. In contrast, others struggle even to cover the cost of their education.

There is no easy answer, but one thing is clear: The landscape of college sports is changing significantly. So far, the NCAA has been slow to adapt, but hopefully, they will make the right decision for the athletes and the future of college sports.

Auto dealers have much to gain by capitalizing on athlete marketing through NCAA’s NIL. There are several ways that auto dealerships can get involved in athlete marketing, from sponsoring college sports teams to signing endorsement deals with individual athletes. By partnering with local athletes, dealers can increase brand awareness, drive traffic to their dealerships, and create a sense of community and goodwill.

Auto dealerships looking to get involved in athlete marketing should consider how they can best reach the college sports market. For example, sponsoring a college sports team or signing an endorsement deal with a popular athlete can be a great way to reach potential customers who are interested in college sports. Here are a few tips on how auto dealers can make the most of this opportunity:

Work with local athletes to identify target markets. This will help you determine the type of athletes most likely to appeal to your target customers. And, if you remember what your college life was like, you’ll want to consider a morality clause. One slip-up can damage the athlete’s reputation and yours.

Create an athlete marketing plan that includes both traditional and digital marketing tactics. Traditional tactics like print ads and radio commercials can reach a broad audience, while digital tactics like social media posts and sponsored videos can generate more leads and sales.

Offer vehicles for the athletes to drive. This will get your brand in front of a large audience of potential customers but comes with its own set of problems. First, remember that you’re potentially liable for what happens while the athlete is driving. So, protect your dealership and the athlete with signed agreements and expectations.

Life is more than football. Basketball and football may get the most attention, but there are well-deserving athletes and opportunities in every area of collegiate sports. And if you’re limited in marketing spend, assume that student-athletes are compensated at the same rates as professional athletes based on their popularity and reach. However, athletes from the smaller attended sports may have the most engagement. And engagement is what you’re going for.

By following these tips, auto dealers can tap into the lucrative world of athlete marketing and reap the benefits of increased brand awareness, traffic, and sales.

Athlete marketing is a powerful tool that can be used to build brand awareness and drive sales. However, it is essential to consider the target audience and objectives before launching a campaign. Otherwise, the athlete’s image may be tarnished, and the company could alienate its customers. However, athlete marketing can help your dealership effectively reach new audiences and build customer loyalty when used correctly.

Facebook
Twitter
Linkedin
Previous article
EV Tires: 3 things dealers need to know about the evolving market
Next article
What will F&I look like in the future? JM&A Group’s Scott Gunnell weighs in

Steve Mitchell
Steve Mitchell has had a passion for automobiles, and used it as a creative director for ad agency automotive marketing. Most recently, he was the manager of interactive marketing for Mitsubishi Motors, NA. He earned bachelor's degrees in Marketing and Television from the University of Texas in Austin and a Masters of Theology study from Dallas Theological Seminary in Dallas.