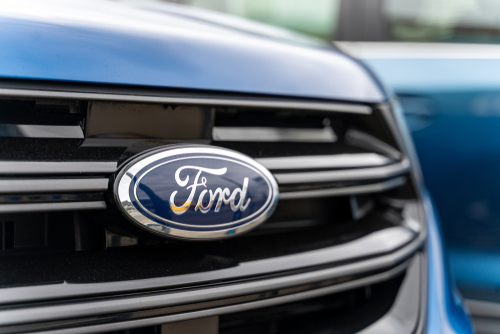 Launching off its successful Bronco and Mustang Mach E, Ford wants to expand the brand that once partnered with Versace to sell $1,135 Ford branded hoodies.

To help move that along, Ford created a global brand merchandising director role for Alexandra Ford English, the great-great-granddaughter of Henry Ford.

This type of marketing campaign isn’t something that’s new to Ford. Ford used Formula 1 great, Jackie Stewart, to promote various models over 40 years – even the Ford Pinto. So, it’s no stranger to brand merchandising. However, Ford isn’t the only OEM that’s produced some innovative marketing campaigns and mashups. Let’s look at some excellent and unusual OEM brand marketing efforts over the years.

In 1984, the 205 married the alligator and lion logos in homage to tennis. Tennis stickers were placed in various locations, and the steering wheel hub had the Lacoste alligator and Peugeot Lion living side by side. Peugeot says the 205 Lacoste was so successful they replicated it in 1985 and 1986.

For 13 years, Volkswagen of America sponsored the Trek Factory Mountain Bike Team until the partnership ended in 2009. Cycling news reported, “What started with the 1996 Volkswagen Jetta Trek, a limited-edition Jetta outfitted with a roof rack and special-edition Trek mountain bike, and a four-man professional mountain bike team grew into a full-strength men’s and women’s professional and amateur teams that racked up a total of 10 World Championships in cross country, dual slalom, all-mountain, and 24-hour solo events.”

A key to marketing brand mashups is knowing who you and your customer are. Very few have done it as well as Subaru. Its focus on producing a brand that can handle the rugged outdoors was a fit for eight years until Subaru wanted to be sportier. However, even today, the image stays around some of Subaru’s models.

Audi and BMW’s “Your Move” 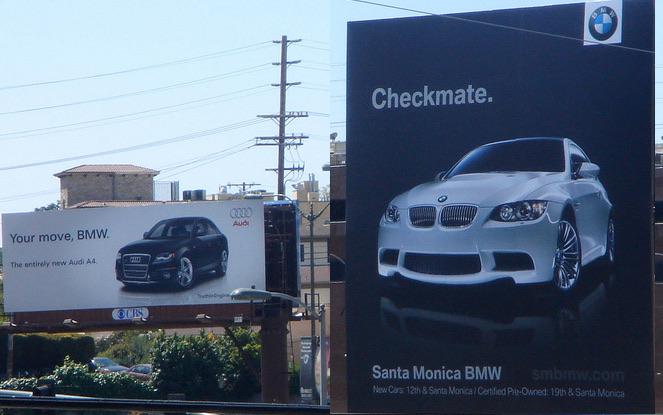 When building-sized billboards and sedans were still a thing, Audi celebrated their new A4 with a swipe at BMW by saying, “Your Move, BMW.” BMW responded, and across the street, with its also new 3-series and the word, “Checkmate.” Audi quickly followed up with a billboard presenting the R8 and attached headline, “Your pawn is no match for our king.”

No collaborations were needed for the best automotive campaign of all time. In the ’60s, advertising was filled with lifestyle and luxury. Advertising agency DDB didn’t use hyperbole and air-brushed perfect cars with perfect people and an ideal life. They were honest with what the product was – Simple. And it lived in abundant white space near the top left of the ad. Nothing else. Just the car and a headline. The most successful campaign in the 20th century was built on the truth. That was beautiful.

However, marketing efforts aren’t only fond memories of yesteryear, and we’re seeing more manufacturers see the value of collaborations with clothing designers.

Automotive OEMs have often sold people on “new” and “better” to move consumers to the next model year. Fashion is no different. And now that vehicles are becoming more like rolling electronic fashion devices, we will see more collaborations and sponsorships ahead.

Did you enjoy this article from Steve Mitchell? Please share your thoughts, comments, or questions regarding this topic by submitting a letter to the editor here, or connect with us at newsroom@cbtnews.com.