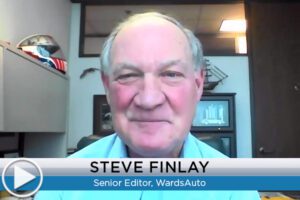 How to Make Up For Lost Profits in Your Service Department as Consumers Shift to EVs – Steve Finlay, WardsAuto
When electric vehicles become more popular and mainstream, dealers worry that their fixed-ops departments will be the ones to suffer. With simpler propulsion systems and 40 percent fewer parts, EVs are on track to disrupt the service drive in a big way. On today’s show, we welcome back Steve Finlay, editor at Ward’s Auto Magazine. Steve discusses the pressure EVs will put on the service drive, and what dealers can do about it. Watch Now 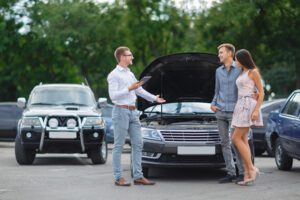 High Prices and Concerns Over Tax Refunds Cause Auto Sales to Cool in February
As the nation goes through yet another winter freeze, the cooling effect seems to have also extended to the auto industry. Overall sales in February dropped 2.8 percent when compared to last year for a final total of 1.26 million. The month’s poor performance makes it more likely that the annualized rate will hover around 16.6 million instead of 17 million, the worst reading in 18 months. February could be the start of an automotive sales slowdown for 2019. What factors led to the slump, and how might they have long-lasting effects on the rest of this year? Take a look at our takeaways from February’s 2019 auto sales. Read More 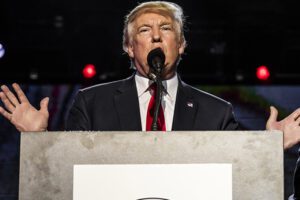 Trump Administration Puts Chinese Tariffs on Hold
Back in September of 2018, Paul A. Eisenstein of NBC News reported that U.S. President Donald Trump’s plan to implement tariffs automobiles and auto parts imported from China would potentially cause the loss of over 700,000 jobs as well as a significant drop in car sales and a massive blow to the country’s GDP. This week, however, the Trump administration has decided to hold off on upping tariffs, which has many people breathing a sigh of relief. Read More