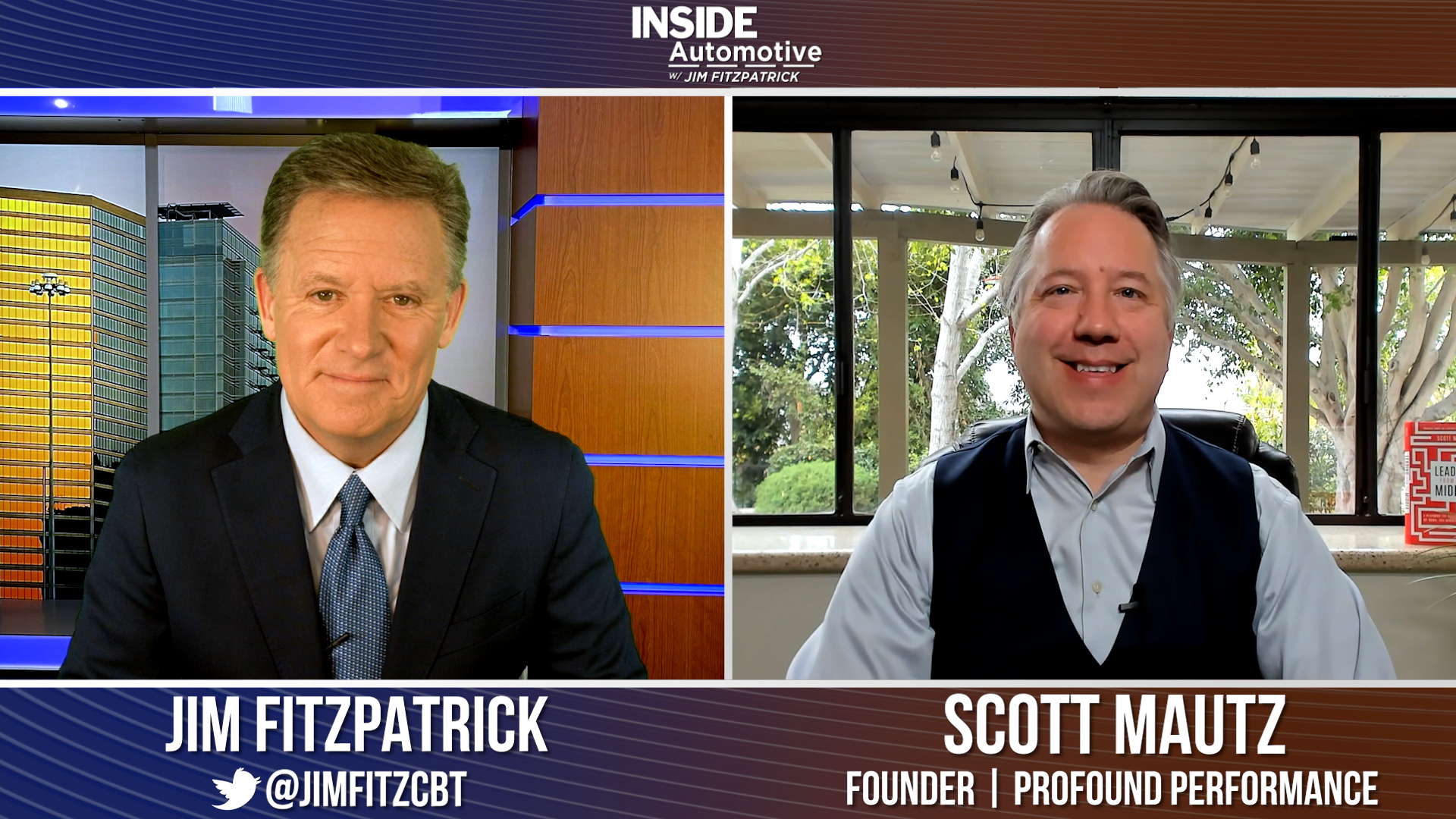 How to get better at spotting and addressing employee burnout at work
At a time when many business owners are doing more with less, how do you address employee burnout? Today on Inside Automotive, we’re pleased to welcome Scott Mautz, keynote speaker, trainer, best-selling author, and the Founder of Profound Performance. Scott discusses employee burnout in his book, Leading from the Middle, and he joins us today to share his perspective on how business leaders can address it. Watch the complete segment here.

Mercedes-Benz announced earlier this week that it wants to cut its carbon dioxide emissions in half by 2030 and will take aggressive measures to meet this goal. The automaker said it will develop more electric vehicles, promote eco-friendly vehicle charging stations, and produce more advanced EV batteries made from recycled materials. The automaker also plans on increasing the use of renewable energy tools, including wind turbines and solar panels, to carry out its plan of becoming fully carbon neutral before 2040.

Ford announced this week that it has entered into a preliminary agreement with Argentina-based Lake Resources, which reportedly uses a newer lithium mining process called direct lithium extraction that requires less space than traditional mines. The project is expected to start in 2024 and will involve startup mining firm lilac solutions incorporated. If the agreement goes through, ford said it will be purchasing over 25,000 tons of lithium per year as part of its push towards electrification of its vehicle lineup.

BMW Chief Executive Officer Oliver Zipse told reporters this week that he expects the semiconductor chip shortage will continue to be an issue for automakers in 2023. Zipse’s statements followed Volkswagen’s announcement over the weekend that it expects shortages to continue into 2024. He said that the industry is still at the peak of the shortage and even if conditions improve this year, there will still be persisting constraints into next year.

General Motors has created a broad continuity plan with its partners in response to the ongoing unpredictability of the COVID-19 pandemic in China. After seeing a sharp 21% drop in new-vehicle sales for the first quarter, the automaker reported it is still planning on releasing over 20 new vehicle models in the region despite widespread lockdowns and unforeseeable outbreaks. GM Previously said production at its shanghai facility has not been affected by the shutdowns and is operating on a so-called “closed-loop” system that requires workers to live in the factory to minimize exposure.

Honda lays out $40 billion-dollar plan for electrification
Honda has laid out a detailed roadmap toward electrification over the next decade. From collaborations with other car companies to battery sourcing and model releases, the carmaker’s plan is worth around $40 billion or ¥5 trillion. It’s one component of a total $64 billion investment in electrification over the same time frame. At a press briefing held at the Honda Motor Co. headquarters, executives, including Honda President Toshihiro Mibe, spelled out the path forward. Thirty electric models will arrive by 2030, and he expects the company to produce “more than two million units annually.” By 2040, Honda will no longer build ICE vehicles. Read More

Tesla holds ‘Cyber Rodeo’ to celebrate new Texas Gigafactory
Last week, Tesla held its so-called “Cyber Rodeo” in Texas to celebrate the opening of its new Austin-based Gigafactory. Over 15,000 people were invited to the grand opening, which featured live music, a lot of food, and an overall celebration for Tesla, including its CEO, Elon Musk, who was donning aviator sunglasses and a cowboy hat. Tesla said the new facility will be the first to manufacture the Cybertruck. When asked about the vehicle, Musk said, “I can’t wait to see this baby in production, it’s going to be epic.” Deliveries of the trucks were supposed to start in 2021, but Musk announced in January that production of the vehicle won’t start until 2023. Read More