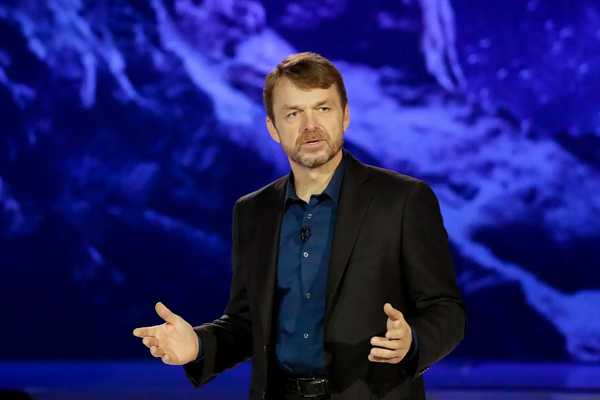 Mr. Manley currently serves as Head of Americas for Stellantis and sits on the Groups Executive Council. Stellantis is among the largest automotive OEMs in the world, formed in January 2021 by the merger between Fiat Chrysler Automobiles and the PSA Group. Most recently, Manley served as Chief Executive Officer of Fiat Chrysler Automobiles N.V. from July 2018 to January 2021.

Mike Manley stated, “I am excited to join AutoNation and the Executive team. AutoNation has set the benchmark for automotive retail excellence. It has accomplished a number of industry first milestones, including being the only automotive retailer to sell over 13 million vehicles. Most recently, the Company has shown its focus and determination by producing five consecutive record-breaking quarters, during an unprecedented time.”

Mr. Manley joined DaimlerChrysler in 2000 as Director – Network Development for the United Kingdom. In 2008, he became responsible for product planning and all sales activities outside of North America. He later served as Executive Vice President – International Sales and Global Product Planning Operations.

In that role, he was responsible for implementing the co-operation agreements to distribute Chrysler Group products through Fiat’s international distribution network. He also served as CEO of Jeep, CEO of Ram, Chief Operating Officer for the APAC region, and a FCA Group Executive Council member.

Mr. Manley holds a Master of Business Administration from Ashridge Management College and a Bachelor of Science in engineering from Southbank University.

“It has been a remarkable honor to serve as CEO for the past 22 years. We have built an admired and respected company from coast to coast. I am forever grateful to all Associates for our achievements and thank them from the bottom of my heart for all their efforts, especially through the pandemic,” said Mike Jackson, AutoNation’s Chief Executive Officer. Mr. Jackson went on to say, “I have every confidence Mike Manley will lead AutoNation to an even brighter future.”

“Mike Jackson is the epitome of a great leader. He exemplifies excellence, determination, and drive. Under his leadership, AutoNation solidified itself as America’s largest and most admired automotive retailer, selling over 13 million vehicles and raising over $28 million in the fight against cancer. Mike has been the voice for the automotive industry and its Customers. We at AutoNation are privileged to have had his leadership for over 20 years,” said Mr. Burdick.

About AutoNation, Inc.AutoNation, America’s largest and most admired automotive retailer, is transforming the automotive industry through its bold leadership, innovation, and comprehensive brand extensions. As of June 30, 2021, AutoNation owned and operated over 300 locations from coast to coast. AutoNation has sold over 13 million vehicles, the first automotive retailer to reach this milestone. AutoNation’s success is driven by a commitment to delivering a peerless experience through customer-focused sales and service processes. Since 2013, AutoNation has raised over $28 million to drive out cancer, create awareness, and support critical research through its DRIVE PINK initiative, which was officially branded in 2015.

Did you enjoy this announcement? Please share your thoughts, comments, or questions regarding this topic by submitting a letter to the editor here, or connect with us at newsroom@cbtnews.com.