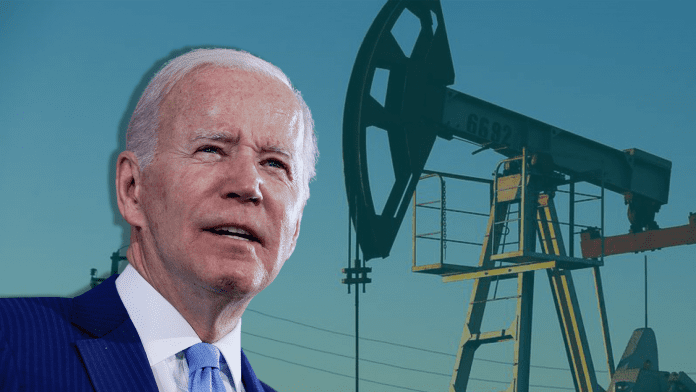 At its first face-to-face meeting since 2020, OPEC and non-OPEC allies agreed to impose deep cuts to oil output in the hopes that plummeting crude oil prices will recover. The group, often referred to as OPEC+, agreed to reduce production by 2 million barrels per day starting in November.

US West Texas Intermediate futures stood almost 0.1% higher, at $87.81. A statement from the White House said that Biden was “disappointed by the shortsighted decision by OPEC+ to cut production quotas.”

Biden has repeatedly pressured the group, which represents some of the world’s most powerful oil producers, to pump more oil in order to bolster the global economy.

“In light of today’s action, the Biden Administration will also consult with Congress on additional tools and authorities to reduce OPEC’s control over energy prices,” the statement read. The announcement served as “a reminder of why it is so critical that the United States reduce its reliance on foreign sources of fossil fuels.”

OPEC Secretary-General Haitham Al Ghais defended the decision during a news conference, saying OPEC was seeking to provide “security [and] stability to the energy markets.”

Sources have said that Biden directed the Department of Energy to release another 10 million barrels from the Strategic Petroleum Reserve next month. Strategists at RBC Capital Markets said that the US is unlikely to approve any subsequent reserve releases. “A more clear risk, in our view, is the introduction of US product export restrictions in a rising retail gasoline price environment,” analysts said.

“Congressional action on NOPEC legislation also looks like a credible outcome in light of the [National Security Council] statement about working with Congress to reduce OPEC’s overall influence on the oil market. White House opposition to NOPEC has served as a restraining influence on congressional leaders,” they said.

“Today’s dog whistle may be interpreted as a sign that the President will not necessarily stand in the way of a floor vote on the bill that would declare OPEC a cartel and subject the members to Sherman anti-trust legislation,” analysts added.