How to develop more leaders 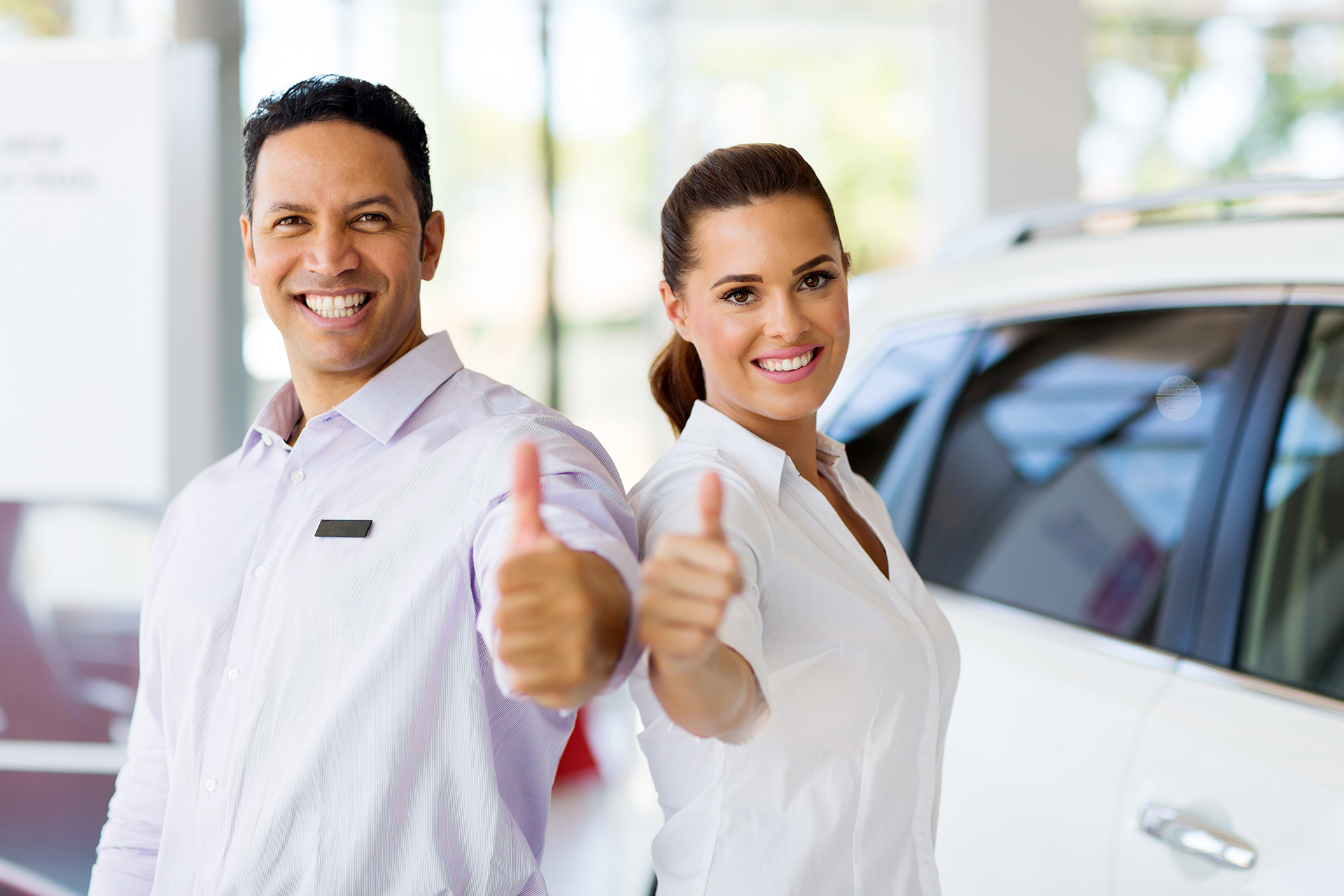 It might seem like a rhetorical question and one that is usually followed by a resounding “DUH!” The harsh truth is that it is extremely difficult to level out the peaks and valleys and achieve a consistent upward trajectory of results until you commit to the process of developing not only your current leadership, but your leaders for tomorrow as well.

It is so important to the process that the number one best-selling leadership book ever written, “The 21 Irrefutable Laws of Leadership,” by John C. Maxwell begins with “The Law of the Lid.” The idea of this Law is that “Leadership ability determines a person’s level of effectiveness.” I’m convinced that the principle is multiplied exponentially when it comes to running a team, whether your dealership is all under one rooftop or is comprised of many. To raise the potential of the dealership, develop more leaders across the board.

While far from a comprehensive list, focus on these attributes and you will help your current and developing leaders raise their leadership lids to a higher level, thereby raising the potential of the entire operation.

Somehow this quality has been talked about through the years seemingly more than any other, however, it is still one of the most violated leadership principles seen today. Every time I am challenged with the idea that listening is a “soft skill,” I often respond by asking “If it is a soft skill, then why does it seem to be so hard?”

“Forbes” shared a study completed by Salesforce.com in 2012 where 86 percent of employees and executives cited lack of collaboration and ineffective communication for workplace failures.

Ineffective communication stems from ineffective listening far more than it does from a lack of ability to speak. As leaders learn to listen more effectively, they uncover the real motivators that are driving the person with whom  they are speaking. The beautiful part of this is that it applies equally when communicating with subordinates, co-workers, supervisors, and customers alike.

This skill requires training and commitment to master, but the end results of higher employee engagement, reduced turnover, increased sales, and improved margins make it more than worth the effort.

Excellence is the polar opposite of normal. Allow me to share a saying I have about being ‘normal’.

Normal is the root of average.

Would you want to follow a leader that exhibits those characteristics? Of course not. I assure you that others don’t desire to follow someone like that either. The goal then for you as a leader, or an aspiring leader, is to develop a mindset of excellence in everything you do right in your current situation. From the Parts Department, Service Department, Customer Service, F&I, Used or New Sales, strive for excellence daily. It is seen as an attribute of a leader because a leader is someone who is ‘out front’.

Develop the mindset that anything less than excellence stinks. It reeks of complacency and breeds mediocrity. Normal and excellence don’t go together. Let the dealership down the street settle for normal because you have no control of them. When excellence consumes you, your employees and customers will thank you with their loyalty and their business.

Have a Winning Attitude

Ask most people if they have a positive attitude and they will tell you “Of course”. Then simply have a short conversation over a cup of coffee and you will realize that their idea of “positive” was pretty subjective.

Unfortunately, when most managers are asked how important attitude is to the success of their team, the typical response is usually somewhere between 90% and 110%. Then when they are asked how much formal training has ever been given to their staff on attitude they immediately look like a deer staring down a pair of LED headlights set on high beam.

“But I tell them to have a good attitude” is the typical response. Selling is crucial to your business. You pull your staff in every morning for the daily “Sales Meeting.” Why don’t you just cut out the meeting and tell them to “Go sell”? Of course, that is because they need to be taught consistently in order to be the best at selling. In the shop where safety is so important, you do the same thing. You don’t just tell them to “Be safe.” You discuss how to be safe.

This is a two-pronged approach. You have to motivate yourself consistently to have the right attitude and you have to foster an environment where it is modeled and expected by all. The age-old argument against motivating people and focusing on their attitude is that it is hype and “doesn’t last.” The best response I ever heard to that argument was shared by the master of motivation himself, Zig Ziglar, when someone challenged him and told him that motivating others didn’t last. He replied, “Neither does bathing. That’s why we recommend it daily.”

Read a few pages in a book on attitude daily. Listen to teaching on it via audio. Heck, take a couple of minutes to watch the “Tip of the Day” delivered by CBT each day (shameless plug). All of the people there will help you develop a positive attitude.

There is a priceless visual that shows how important attitude really is. If you assign each letter of the alphabet a numerical value based upon its position, each letter will have a value of between 1-26. It is interesting to note how attitude adds up.

Just imagine if every Salesperson on the lot approached every person who drove up to your dealership with the mindset and attitude that “I am going to help this person leave with their next new vehicle.” Would they sell everyone? Of course not, but you can bet their attitude would be in the right place from the first interaction and it would have an impact on the overall sales results.

Whether you are new to the industry or are a third generation dealer, continuing to learn and develop your skills as a leader is something that can’t be talked about enough. The industry has changed rapidly over the past few years and with the continual advancements in technology it is only going to increase exponentially. The changes don’t just impact how you sell to your customers, but it is going to impact every area of your dealership.

If you are constantly focused on learning and staying abreast of the latest trends, you can be ahead of the curve rather than behind it. Remember 2007 when Steve Jobs stood on a stage with a crazy new phone that didn’t even have a physical keyboard? The executives at Blackberry laughed at him. Who would you rather be now?

One thing that is not going to change in this industry is that it is still going to require you to engage and effectively lead people. Developing these skills will help you become a better leader right where you are. They will also help you become a leader that others want to follow.

Facebook
Twitter
Linkedin
Previous article
What women want from your dealership
Next article
Frank J. Lopes: When you can’t close a sale, Frank says give it away 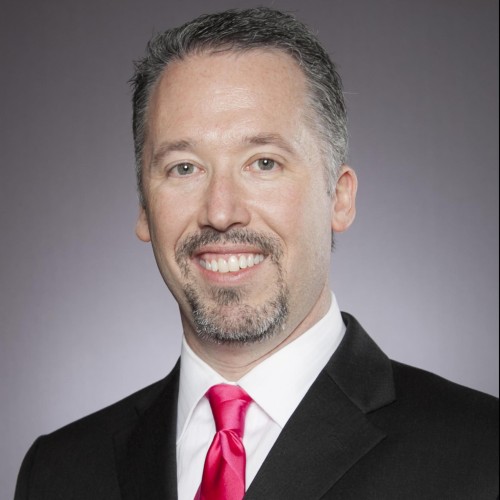 Chris Rollins
Chris has more than 17 years of sales and operational leadership experience and has been personally trained and mentored by such leaders as John Maxwell, Jeffrey Gitomer and Les Brown. He is focused on developing leaders and sales teams to achieve exceptional top- and bottom-line growth by building sustained momentum. Visit his website at LeadershipIsInfluence.com.