According to a survey of over 8,000 adults by Consumer Reports, 36% either plan to lease or buy an electric vehicle or are seriously considering doing so. 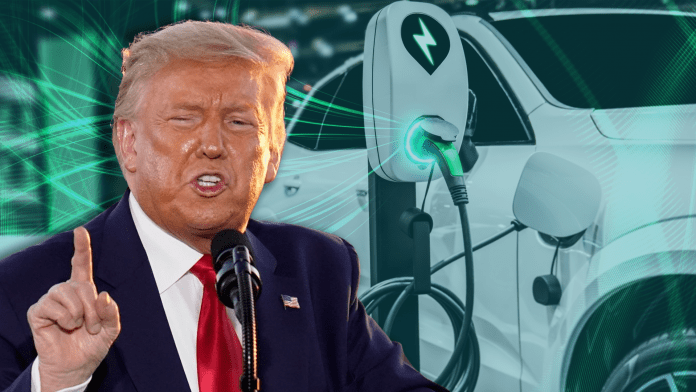 At a campaign rally on September 3, 2022, in Wilkes-Barre, Pennsylvania, former President Donald Trump made various negative claims and remarks about electric vehicles (EVs). His statements come at odds with the support he showed for EVs in 2020 while campaigning for re-election. These comments come at a time when EVs are growing in popularity across the country.

“Let’s get rid of this stuff…”

“….And we weren’t talking about going to all-electric cars, which are twice as expensive.”

Trump then continued by telling a story about a friend that purchased an electric car and took the vehicle from Kentucky to Washington.

He went on to say:

“A friend of mine wanted to do something for the environment, he went out and bought an electric car. And he made a certain trip, I won’t say from where, Kentucky, and he is a good person, he wants to do what’s well, and now he understands, hey, not so good.”

He said the friend told him they only drove for two hours before they had to charge the vehicle and spent more time charging it than driving it.

These comments from Trump are in direct opposition to his remarks about electric cars in 2020. During a presidential debate with Joe Biden, Trump remarked:

What impact could these remarks have on consumers?

Some of Trump’s remarks could not be directly proven. For example, even though many electric cars can be expensive, on average, they are not twice as expensive as traditionally-powered cars.

However, while these statements are not accurate now, they could turn some customers off from electric vehicles, especially if they are new to the concept.

The negatives of EVs might still outweigh the positives for some

While electric cars have many benefits, some negative aspects still need to be addressed. For example, disadvantages like expensive batteries and limited numbers of charging stations may still put some individuals off from exploring electric cars.

According to a survey of over 8,000 adults by Consumer Reports, 36% either plan to lease or buy an electric vehicle or are seriously considering doing so. But, if the remarks made during this rally greatly influenced some consumers, then it could soften some perceptions — depending on their political leanings.

Yet, if policies promoting electric cars and new advances in technology that bring down their prices continue, it’s highly likely that consumer sentiment for electric vehicles could continue to rise. EV sales rose 76% in the first quarter of this year compared to last year. So, positive sentiments toward EVs are turning into action for many.

If state and local governments continue to address some of the barriers to entry for consumers interested in EVs, then sentiment will likely continue to rise, despite President Trump’s remarks.

Facebook
Twitter
Linkedin
Previous articleHR is broken – Here’s how to fix it, and hire the right talent
Next articleStreamline digital communications at your dealership with better CRM engagement tools — Steve Roessler | DriveCentric