Train Yourself To Stop Using Excuses For Setbacks At Your Dealership

Until you start to view obstacles as inevitable and deal with them directly, your business will not go far. BY DAVID LEWIS

“Ninety-nine percent of the failures come from people who have the habit of making excuses.”

This observation came from peanut butter creator George Washington Carver, and if anyone ever had a good excuse to fail, it was Carver. He was born into slavery on a Missouri plantation in 1861 yet forged a scientific career in which he developed more than 100 major uses for the peanut plant. Carver is considered one of the great success stories of the 19th and 20th centuries.

Successful people, Carver would also probably note, are unafraid of failures. Rather, they treat challenges and temporary failures as steps along a clear path to success, as natural roadblocks that will only make them stronger as they press on to the ultimate goal.

The lesson for dealership managers: Successful people make themselves into problem-solvers and avoid becoming additional sources of negativity. Negativity breeds more negativity, and once that starts to occur, you will never solve a problem.

Let me give you alternative ways that two different dealership representatives might portray a challenge:

Dealer/GM who is an excuse-maker: “Our sales are down because the economy in our area has not rebounded like it has elsewhere.”

Dealer/GM who does not make excuses: “Our economy has not rebounded like it has elsewhere, which means we have to look for other areas within the dealership to improve opportunities and profits.”

Sales manager who is an excuse-maker: “Our Internet leads are horrible.”

Sales manager who does not make excuses: “Based on the lack of production from our Internet leads, I am going to personally spend some time in the marketing department over the next four weeks learning the process and helping them develop some ideas and strategies to improve our rate of success from leads.”

To a winner, excuses are traps to avoid at all costs. They can pull you down into self-pity, cause you to compare the difficulty of your path with others’, and blame other people and circumstances for their own failures.

Column hed: Blaming Others Is Road To Failure

As a success and performance consultant, I get to hear a lot of excuses for poor results from people in the car business. Even though automotive sales have rebounded over the past several years and we are experiencing a great time of economic recovery, it is not unusual for a dealer or GM to tell me his business is down because of this or that.

Success truly begins the moment you take personal responsibility for the outcome of your life. Blaming others can only provide you with reasons why you can’t succeed. Take my word for it, there are plenty of people out there who will provide you with those reasons, if you let them. Don’t buy it! People win because they want what winning brings to their lives and are willing to step out and accept the risks that accompany success.

I observe some people approach learning and success like a man who has been lost in the desert wilderness and suddenly discovers a pool of cool, fresh water. They soak up the guidance we provide as though they’ve craved it all their lives, absorbing everything and practicing, practicing, practicing until they start to develop a new persona. They quickly rise to the top in their dealership and eagerly look forward to the next training session, unafraid to ask questions or admit they don’t know something.

Excuses are the bedrock upon which failure sits. Until a person stops making excuses for his failures, he will never know true success. If, somehow, he does fall into good fortune, he probably will spend his time boasting about his achievements and comparing himself to his peers. Often, he will rule his staff rather than develop their leadership abilities and individual successes.

Column hed: If These Two Can Make It …

Maybe you have heard of the Rice twins, John and Greg, from South Florida. Both afflicted with dwarfism and abandoned by their natural parents at birth, a hospital eventually found them an adoptive home. As high school seniors, they sold personal care and cleaning products door-to-door. They eventually became a major force in real estate sales, famous for their late night infomercials teaching people how to buy and sell property. John and Greg Rice never accepted their size as a hindrance or let it stand in the way of tremendous business success and great personal wealth.

We could all learn a lot from those two. If you find yourself looking for reasons to fail, just remember the obstacles the Rice brothers must have faced on their way to the top and stop the excuses! Whatever your particular battles, I doubt they compare to what the Rices faced day in and day out. When I was growing up, there was a popular phrase used to deal with people who made excuses for their failures and challenges: “Quit your bellyaching.”

If you want to be successful, get out there and do it. Quit looking for reasons why you cannot do great things, and start finding ways to accomplish your dreams. Quit blaming customers for not buying from you. Quit blaming the dealership for a pay plan that holds you back. Quit blaming the manager for passing all the good deals to a salesperson he likes more. The sooner you do, the sooner you will start to see things change from the inside out. 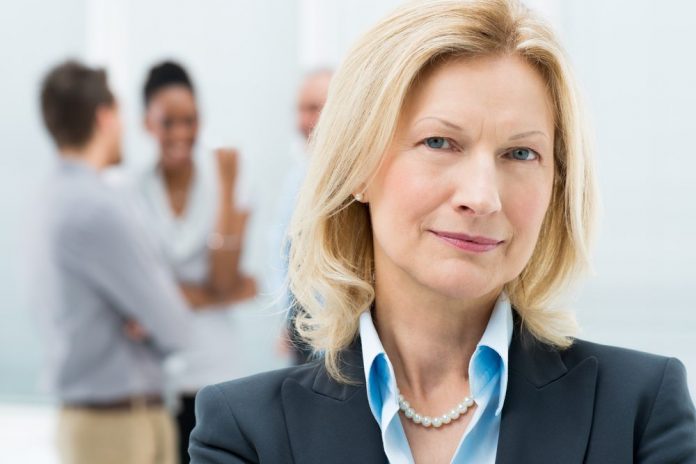 David Lewis
David’s firm is a national training and consulting business that specializes in the retail automotive industry. He also is the author of four industry-related books, “The Secrets of Inspirational Selling,” “The Leadership Factor,” “Understanding Your Customer” and “The Common Mistakes Automotive Salespeople Make.” Visit his website at www.DavidLewis.com.