How to Reduce Dealership Theft Risks

Nine cars were stolen off two lots in Jacksonville, Arkansas; close to $1 million in cars were stolen from dealerships in Franklin, Tennessee; and in Springfield, Michigan, thieves made off with $55,000 in car parts from a Calhoun County dealership. These are just three examples of dozens of dealership theft cases in the last few weeks.

Car and part thefts are a big problem for dealerships. Inventory sits out on display, where open-door policies make them especially vulnerable to casing. Many lots are not well secured, and even those that are seemingly safe from the outside might not be safe from internal thefts staged by employees. Compounding the problem is the rising issue of internet scams that take advantage of dealership ease-of-access.

In order to protect dealership inventory, it’s important to identify risks and neutralize them as best as you can. Here are five ways threats you should address right away.

Light Up the Night

The Risk: Keeping lots dimly lit at night might save money on electricity, but you may lose out even more when cars start disappearing. Numerous parked cars already provide a certain amount of shadow a thief can use to mask themselves in. Poor lighting furthers this protective cloak, making it easier for an intruder to get on and off your lot unseen.

The Solution: Invest in a number of tower lights that flood your property, leaving no place to hide. Just knowing that they’ll have to work harder to get in and out is enough to stop the majority of would-be thieves.

Close Off Avenues of Escape

The Risk: A car thief generally has one possibility when it comes to getting away with their ill-gotten gains. They need to drive the car off the lot. Leaving your cars in neat, tidy rows makes it a piece of cake for them to make off with your vehicles.

The Solution: Challenge thieves by parking a few cars in the middle of aisles. This will either make it impossible for them to get out, or slow them down long enough to alert authorities.

The Risk: A common trick car thieves use on lots is swapping out a car’s key during an inspection. They rely on the fact that many keys look the same and that salespeople won’t look too closely–or at all–until it’s too late. Later they can come and drive the vehicle away with the genuine key they pocketed earlier.

The Solution: Make it hard for swaps to take place. Attach keys to strong metal key tags that make them hard to swap, and consider marking them distinctly. In addition, train sales staff to keep all customers supervised while they’re checking out a car, and to inspect keys carefully when they’re returned.

The Risk: The sad fact is that not all thefts are perpetrated by outsiders. Unfortunately, many times the attack comes from within, made by employees.

The Solution: The first thing to do is to ensure your screening process before hire weeds out dishonest applicants. This means tailoring interviews and onboarding to ensure that anyone hired on truly shares your dealership’s values and mission.

After hire, make sure there are clear practices in place that don’t leave room for temptation. Create clear, full schedules, reducing the time incidents could occur in. Have sign-ins for keys, and put regular random checks in place. Additionally, keep track of signs of change in demeanor. Be aware of any hard times they’re going through, and offer help so they don’t feel pressed to do something they may later regret.

Put Your Stamp on Things

The Risk: Your showroom photos can be used in internet scams. Thieves who steal cars off lots have been known to copy and paste pictures from those same dealership websites and use them to sell the cars “legitimately” on sites like Craigslist.

The Solution: Place a watermark on pictures so that no one else can pass them off as their own.

Above all, be aware of anything that seems fishy or anyone who feels off. Better to be over vigilant than the next True Crime headline. 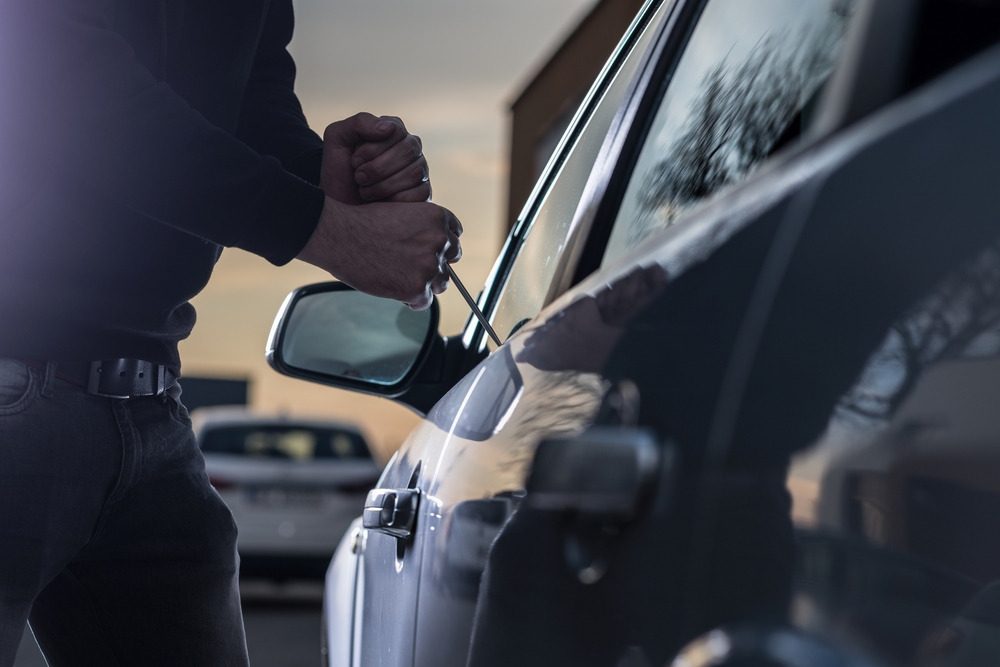