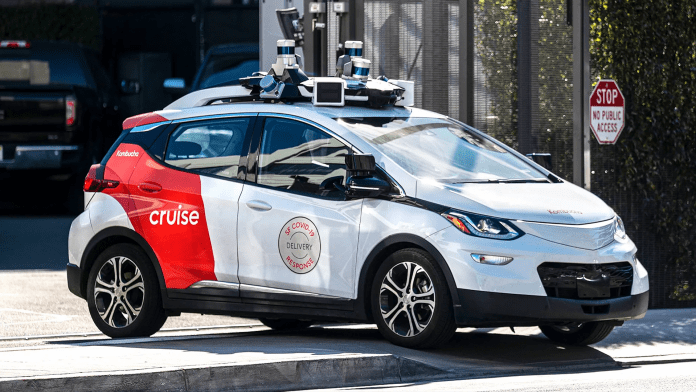 At the Goldman Sachs Communacopia & Technology Conference on Monday, Cruise CEO Kyle Vogt announced that the company would expand its autonomous taxi network over the next three months and hopes to reach $1 billion in revenues by 2025.

Cruise is a General Motors-backed company that started testing autonomous ride-hailing services in San Francisco this past January. After receiving approval from California’s Public Utilities Commission, the company officially started charging for those rides in June. The service uses around 70 driverless vehicles, including Chevrolet Bolt EVs. The company plans to triple or double that number by the end of this year.

According to Vogt, Cruise plans to expand its service to Phoenix, Arizona, and Austin, Texas, over the next 90 days. Cruise is already testing a self-driving delivery service with Walmart in Phoenix and has obtained the necessary permits for self-driving vehicles in the area.

“We’re in a position to grow and to do it very quickly,” said Vogt, who also noted that for the first time in eight years, the technology for automated vehicles is “no longer in the bottleneck.”

Despite receiving more than $10 billion from investors like GM, Walmart, Microsoft, and Honda since its start in 2013, the company posted an operating loss of $543 million in the three quarters leading up to June 2022.

Most of the expenditures are related to the company’s efforts to develop its own self-driving car, which will begin production at GM’s Factory Zero next year.