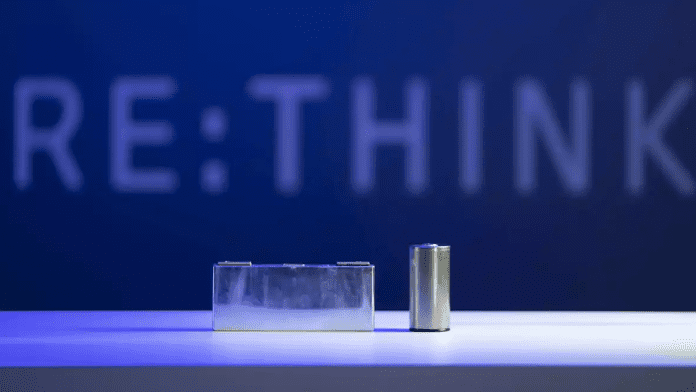 BMW has announced plans to switch from prismatic cells to cylindrical lithium-ion battery cells for its upcoming generation of EVs, including the next-generation Neue Klasse, scheduled for release in 2025.

The company said the change to a new cell format, combined with improved chemistry and a new battery pack design, will result in better performance, lower costs, and reduced environmental impact. BMW expects up to a 50% cost reduction on the pack level.

BMW’s new “round cells” will have a standard diameter of 46 millimeters, similar to Tesla’s 4680-type cylindrical battery cells. As disclosed in a press release, there will be two different heights: 95 and 120 millimeters. Tesla’s cells have a height of 80 millimeters.

BMW released a long list of benefits it expects to gain by switching to the new battery format, including more than 20% higher volumetric energy density, up to 30% higher, or more than 500 miles, driving range, up to 30% improved charging speed, and up to 60% reduction in CO2 emissions from cell production.

The BMW Group also announced plans to develop six cylindrical battery cell gigafactories globally, with a capacity of up to 20 GWh each annually. There are two gigafactories slated for each of the three main markets, including two in Europe, two in China, and two in the North American free trade zone.

The battery factories will be built in partnership with battery manufacturing companies, like CATL and Eve Energy, which are already tagged for the factories in Europe and China. The third company could be Samsung SDI, which has already been working with BMW for years.