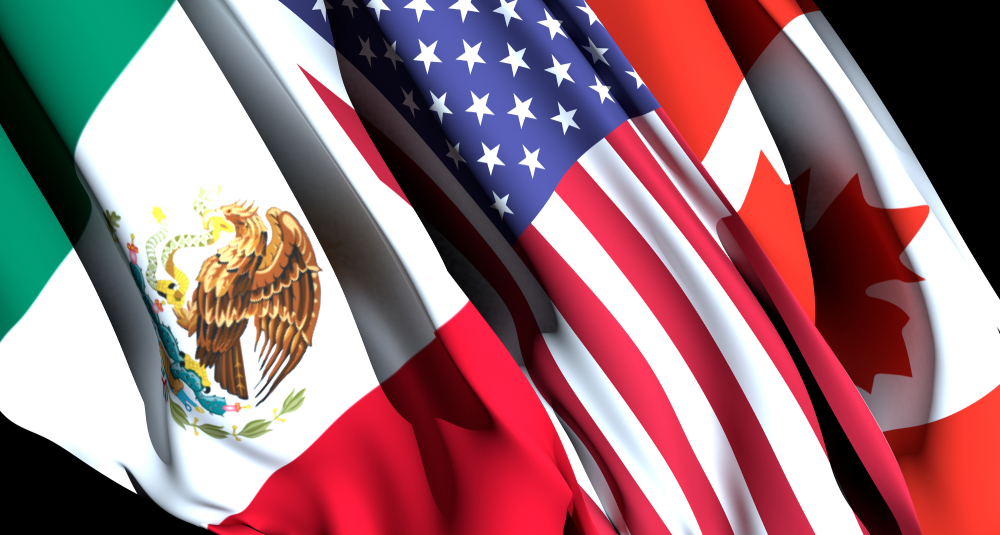 Canada has joined Mexico in a dispute over the interpretation of USMCA automotive rules of origin that the U.S. is applying the regional vehicle content (RVC) stipulations more strictly than the agreement allows for. The United States is considering RVC of core parts like powertrain components as a heavier factor toward the vehicle’s overall build than the two other nations believe was negotiated in the agreement that went into effect July 1, 2020.

To counter the more stringent application of the trade rules, Canada joined with Mexico last week in a request to begin a formal dispute settlement panel to reach a conclusion on the challenge.

The U.S. interpretation of the rule makes it much more difficult for carmakers in Mexico and Canada to abide by RVC rules. As an example, if a vehicle’s transmission – which is considered a core part in the agreement – contains 75% regional value content, it should be considered as duty-free according to the agreement. The U.S. applies that same RVC percentage to the vehicle as a whole.

According to Matt Blunt of the American Automotive Policy Council, the Mexican and Canadian interpretations appear to be consistent with what was negotiated into the deal that replaced NAFTA. His group represents Ford, Stellantis, and General Motors. Blunt said of the disagreement, “The details matter, and industry had an understanding of how the rule of origin would work, as did Canada and Mexico. Certainly, our hope would be that the outcome of this process will ensure that the USMCA is implemented in accordance with the negotiated outcomes … and that it can be a success.”

Office of the U.S. Trade Representative Adam Hodge said in a statement to Automotive News, “Any interpretation of the automotive rules of origin that reduces the regional value content of a vehicle produced in North America runs counter to the goals of attracting new investment, creating well-paying manufacturing jobs and ensuring USMCA parties are the ones that benefit from the duty-free treatment for meeting these new rules.”

The potentially harmful effects of the stalemate

The rule as applied by the U.S. has implications for vehicle manufacturing and the content of regionally produced parts. The intention of the RVC calculation is to promote manufacturing jobs locally rather than procuring cheaper parts from outside the U.S. or its fellow USMCA nations. However, the strict application could run counterproductive to that intended result.

For carmakers to avoid tariffs on vehicles, 75% of vehicle content needs to be made in North America according to the USMCA trade pact. The rules of origin as applied currently would have tariffs applied amounting to 2.5% for passenger vehicles and 25% for light trucks. The higher compliance costs could have massive effects on the parts carmakers choose to use to build their vehicles, with the option to choose tariffs over RVC rule compliance.

Bernard Swiecki is the director of research at the Center for Automotive Research. He recognizes the volatility the U.S./Mexico/Canada dispute contains, saying, “The longer that this goes without a consensus, the risk is that companies essentially decide it’s safer not to try to comply. The potential for unintended consequences is enormous.”

Flavio Volpe, president of the Canadian Automotive Parts Manufacturers’ Association sees it similarly. He said, “The biggest winners are the low-cost Asian or Eastern European countries who make those same parts with very cheap labour. They’ll just become part of the Canadian cars we all see on the road today.”

Not the first USMCA dispute

Since the U.S. makes roughly 50% of all the vehicle parts manufactured in North America, the nation has the most at stake in the dispute. The rules of origin dispute, however, is not the only one to cause tension between the nations involved. The U.S. has accused Canada of dairy practices that violate terms of the pact, and Canada has challenged the U.S. for applying duties incorrectly on softwood lumber. The U.S. also has a beef with Canada over proposed taxes on digital services.