As we move through the final quarter of the year, you may be asking yourself what can you do to remain successful, despite the industry’s inventory and chip shortages? On today’s show, we’re pleased to welcome back Charlie Chesbrough, Senior Economist and Senior Director of Industry Insights at Cox Automotive to walk us through his recommendations and predictions for Q4 and beyond. 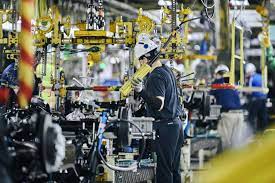 The biggest positive takeaway is, it looks like the worse of this is behind us, says Chesbrough. It’s not to say the good times are here, but they are starting to see in their own numbers, that supply is starting to tick up, just a little. Recovery is going to be different for each manufacturer because everyone is in a different situation.

Some of the Detroit 3 appears to have a little more supply than they had before, so their numbers did a little bit better. There is still strong consumer interest, with a supply constraint market. Chesbrough says there are still low-interest rates and strong economic growth. Inflation is also a concern, but he thinks, eventually everyone will get used to it.

Chesbrough believes dealers and OEMs have learned that they can make profits in a lean inventory environment. This experiment was forced on the industry, and they seem to be making the best of it. He expects the industry to close out with slow sales with slight improvements. Chesbrough also thinks we’re going to be in for some surprising numbers from some of the European manufacturers.

Some manufacturers are starting to show they’re on the rebound, Ford in particular. It puts them in a positive situation to possibly gain some market share that they have given up earlier this year.

Chesbrough recommends being open about inflation to your customers. He does believe inflation opens up the door for new opportunities for new vehicle buyers and selling to them.

Chesbrough also says they’re going to be a lot of new EVs coming to the market, and with gas prices rising, it may help sell to customers on how to cut down costs and save some money. With the support of more charging stations, President Biden has spoken about, Chesbrough believes we may have the ingredient to get EVs selling over the years to come.

Did you enjoy this interview with Charlie Chesbrough? Please share your thoughts, comments, or questions regarding this topic by submitting a letter to the editor here, or connect with us at newsroom@cbtnews.com.