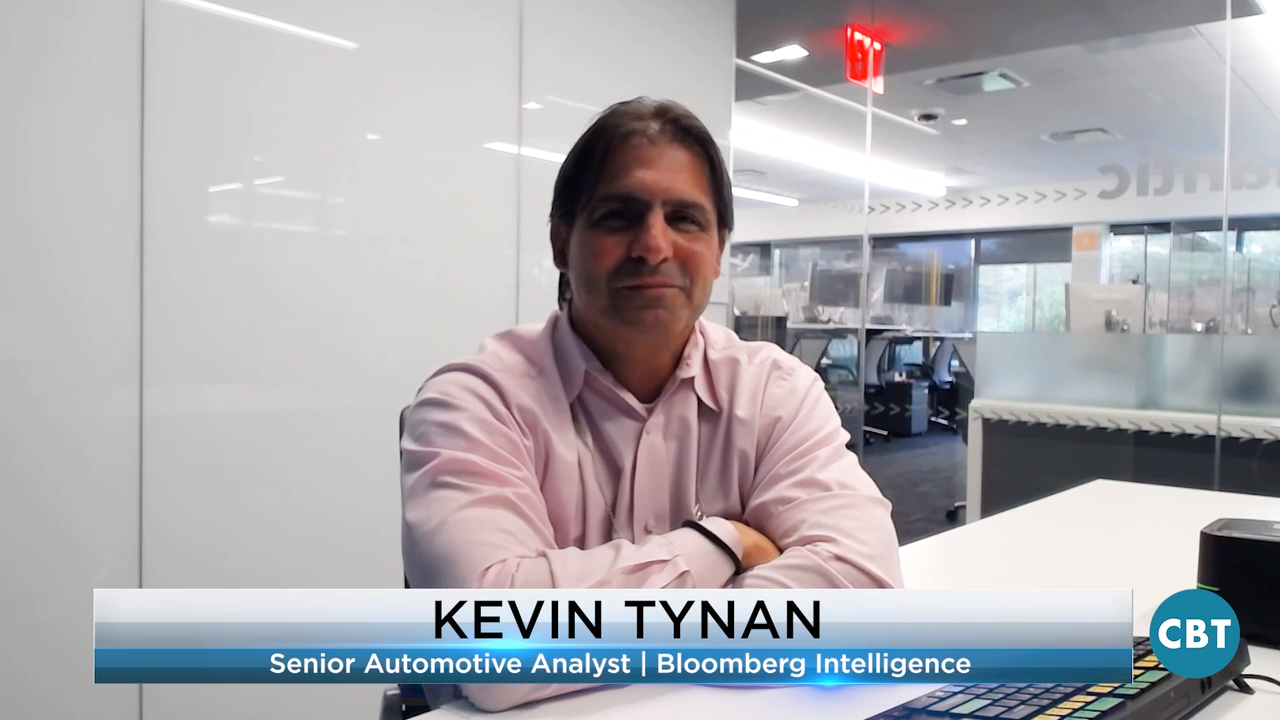 Bloomberg’s Kevin Tynan discusses key auto industry insights from Q2
Second-quarter numbers are officially in. On today’s show, we’re pleased to welcome back Kevin Tynan, Bloomberg Intelligence’s Senior Automotive Analyst, to discuss earnings for the quarter and how the market is shaping up. Tynan begins the conversation, by explaining where the market stands based on the second-quarter numbers. Tynan says, inventory is the constraint and the month of June took a dip. Watch the complete segment here.

Tesla CEO, Elon Musk has said in court that the demand for the company’s Powerwall is as high as 80,000 units, but he says the company won’t be able to make half of that many this quarter. Due to the chip shortage, Musk says the company will only be able to produce 30,000 to 35,000 home batteries for the period which ends in September. The CEO is testifying in court regarding his role in the company’s 2016 acquisition of SolarCity. In the meantime, Tesla is trying to make its solar business run profitably and smoothly. Tesla is also facing lawsuits, from customers who planned for Tesla solar installations financially and made changes to their homes.

After laying out its 10-year strategy, Volkswagen Group CEO, Herbert Diess says their market share could be 10% by 2030 because of electric vehicles. The German automaker believes EVs will be equally competitive to internal combustion engine-powered vehicles globally, by 2030. The ID Buzz, which debuts in 2023, is said to add something to the brand that its other competitors don’t have. With Audi, Porsche, Bentley, and Lamborghini together, sales will increase the group’s U.S. market share. The automaker plans to design and make its own batteries, roll out level four autonomous driving-capable vehicles by 2026, and outperform Tesla in areas the EV maker already has a huge advantage in.

In other EV news, the Jeep has revealed its’ redesigned 2022 Compass SUV, ahead of its push into an EV future. The SUV is the brand’s best-selling vehicle worldwide. New options include active emergency braking, blind-spot monitoring, and an optional 10-inch interior screen with driver-assist technology. It’s set to hit North American markets this fall, starting at $24,995 dollars.

Ford Motor Company is ditching its F-150 pickup diesel engine option, due to low demand. Beginning July 16, orders will close for the power stroke 3.0- liter V6 diesel. A Ford representative explained the decision to drop the diesel was made because “our customers overwhelmingly order our EcoBoost V6 gasoline engines.” The company said final power stroke deliveries will continue through late this year.

One dealer in Indianapolis is paying it forward and is encouraging others to do so as well. Used car dealership, Indy Auto Man, is changing lives by donating cars to people in need. Co-owner, Eugene Gorin shared his story from tribulations to triumph and wanted to give back to his community in an impactful way. He hopes this inspires other businesses to pay it forward. The dealership plans to give away a car every month. 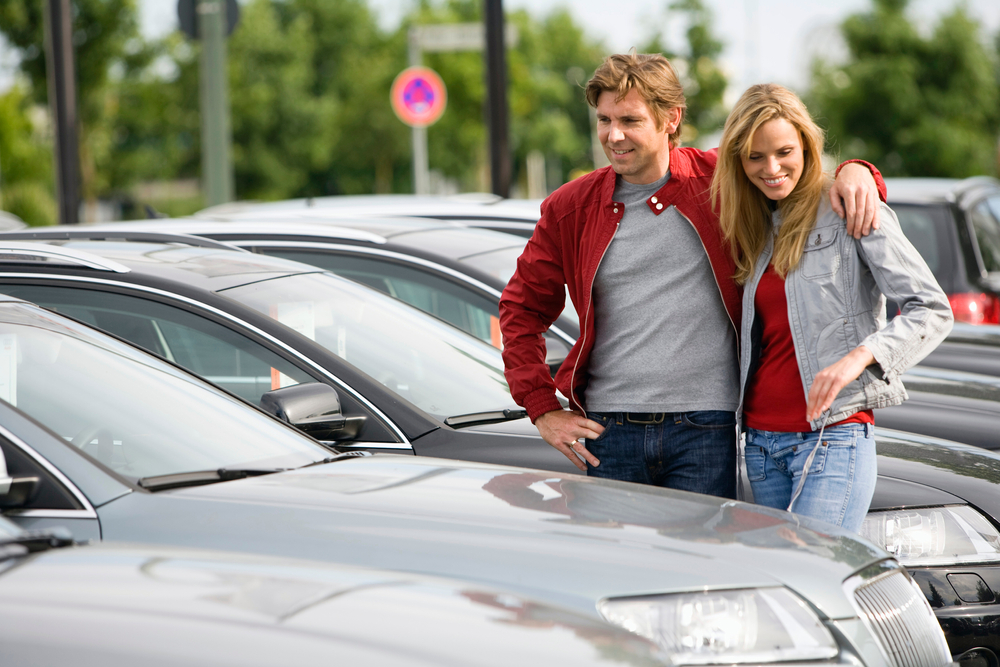 Car dealers are cashing in on high mileage vehicles
The chip shortage has caused remarkable pricing and profit shifts for new vehicles industry-wide, with some dealerships charging thousands more than MSRP. The pre-owned market – particularly vehicles three years old and under – is notoriously hot right now also, largely due to limited supply and inflated new car pricing. But new data in a press release from Edmunds shows that dealerships are retailing high mileage vehicles with 100,000 miles and more for higher average transaction prices than ever before. Read more 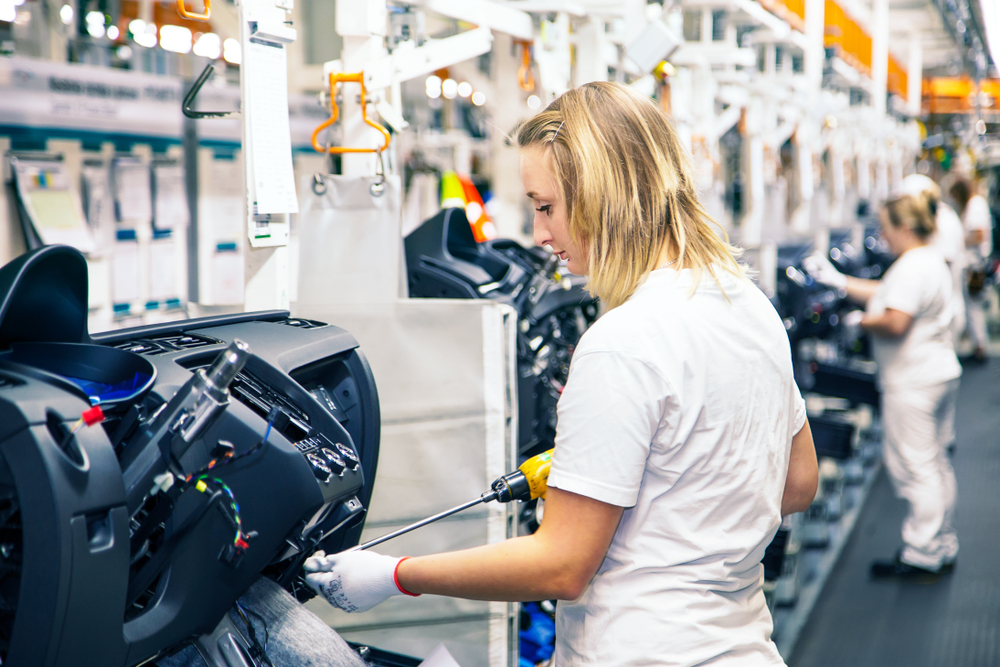 Factory orders provide inventory stability and customer loyalty
New car and used car inventories are strained for many dealerships across North America and many other markets worldwide. The chip shortage has put carmakers in a tough spot, although the chips are starting to flow to factories. But it will be months until stock is replenished on dealership lots and retailers are definitely feeling the pinch. For decades, a tool that’s been available to dealers has been largely unused: factory orders. Even though it’s continued to be a popular option for European buyers all along, dealerships on American soil have barely made use of it aside from the most discerning deals with particular buyers. Read more