Its execs are confident that devotion to key metrics and sophisticated digital marketing will help company thrive. BY JON MCKENNA

Cardinale Automotive Group has carved a reputation as among the dealership industry’s most innovative with digital marketing and among its most unswerving in devotion to its core management principles. But flash back six years and the company’s image was anything but lofty.

Within a 60-day period, the reeling group run from Seaside, Calif. (near Monterey on the central coast) was forced to close six of its 15 dealerships, including a huge Buick-Pontiac-GMC lot in Scottsdale, Ariz. More than 300 employees became jobless. Cardinale was insolvent and the only reason it didn’t file for bankruptcy protection was doing so would violate dealer franchise agreements.

“It was the grace of God that allowed us to survive,” said Erich Gail, the group’s COO and 25-year industry veteran who was brought aboard in 2011 to help Cardinale continue ascending from the ashes. “We came away with the understanding that we would never let this happen again. Never again would we be so ill prepared for a downturn and irresponsible.”

Building Sales Back Up

Cardinale certainly looks like a prepared company today, with 15 new and two used auto and motorcycle dealerships in California and Arizona representing numerous manufacturers such as Audi, BMW, Harley-Davidson, Mazda and Nissan. Its lots sell more than 11,100 new and used vehicles per year and generate north of $300 million in revenue, meaning the group flirts with the WardsAuto “Megadealer 100” list. Three of its dealerships rank on the WardsAuto “Dealer 500” list for sales.

But those are more traditional measures of success. What really inspires Gail is that Cardinale sold 7,342 of its new and used vehicles online last year, ranking the group No. 5 on the WardsAuto “E-Dealer 100.” All of the company’s marketing is now digital, and Gail also serves as CEO of its ZMOT Automotive Digital Velocity subsidiary, which strategizes sophisticated and targeted campaigns for Cardinale dealerships and more than 200 external clients.

“I can tell you this. When the market turns,” the group that six years ago was shuttering lots at a breathtaking clip “will go and buy more stores,” Gail asserted.

One might question just how extensively Cardinale, a 30-year-old company at the time, needed to be reengineered after the 2009 disasters. After all, at the time bankruptcy filings were soaring in California, and dealerships were closing in every corner of the state. Cardinale wasn’t making mistakes that its customers weren’t making.

But founder and president Joe Cardinale and the rest of top company management went into several days of retreat meetings and emerged resolved never to blame market conditions or any other party for the group’s woes – in 2009 or ever, according to Gail.

“As an industry, we were all fat, rich and good looking” at that time. “For us as a company, we had bloated inventory, bloated advertising and marketing budgets, too many staff not doing enough.

“We as an industry love to play the victim card, but we as an organization don’t allow the victim card, okay? If the market changes, we are 100% responsible to have anticipated it and for having a fortress balance sheet to carry us through it.

“What came out of that time was the development of a management-driven culture, which is the opposite of market-driven. We have profit expectations and goals, and those don’t change if the market goes up or down, if unit sales in a category are above or below the norm. We remind ourselves every day that we are not in the unit business.”

In Cardinale’s lexicon, “management-driven” translates into absolute devotion to certain metrics, such as a ratio of 20 percent net income to gross revenue and having 100% of group expenses absorbed by fixed operations. A few Cardinale stores have not yet met either metric, he conceded, “but we are dangerously close.”

The company culture also is fixated upon making smart use of the CRM system, high-velocity management of inventory, mastering phone skills, reading select business books and principles of a Christian business culture favored by Joe Cardinale. In fact, Gail’s phone beeps throughout the day with results of an employee’s phone scores.

What really attracts his rapt attention, however, is the ZMOT subsidiary (the acronym stands for zero moment of truth). Apart from representing Cardinale’s decision to market dealerships only digitally, it also is the tool used to invest those marketing dollars only to reach customers who have decided on a make and model and are ready to pick a seller – not on stimulating people who are still researching a car. 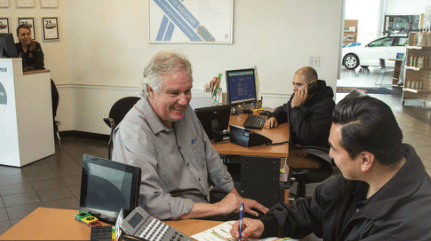 Targeting Buyers Who Are Ready

“In 2007 through 2009, the way we as an industry digitally marketed ourself was with a website, AutoTrader, Cars.com and third-party lead providers. Just let me spray my brand wherever I can, spend however much I have to be wherever I think we need to be,” Gail argued. “That’s really not a strategy and it’s extremely expensive.”

How ZMOT enables its clients to hit buyers at the dealer-selection stage, and evaluate success, is based on complex processes. But it hinges on multiple channels of social media, “emotionally stimulating” video, chat and blog content in addition to merchandising and pricing tactics. Cardinale started out a couple of years ago buying that expertise from different vendors but decided the information it received wasn’t integrated enough.

Gail doesn’t reveal specific details about investment in and headcount at ZMOT, but he says it has staff across North America and Canada. Other dealers who hire the marketing group are guaranteed that no other competitor within 50 miles will be a client.

He believes sophisticated marketing and buyer insights will help Cardinale better ride out the next market downturn. When that happens, he vowed, the dealerships will be selling less expensive vehicles and moving trade-ins wholesale, not taking trade-ins and trying to persuade customers to buy costly new cars.

“We are building a retail operation that will provide a specific service. The buyers will always be there. But, if the units [they desire] change, we will not be flatfooted.” 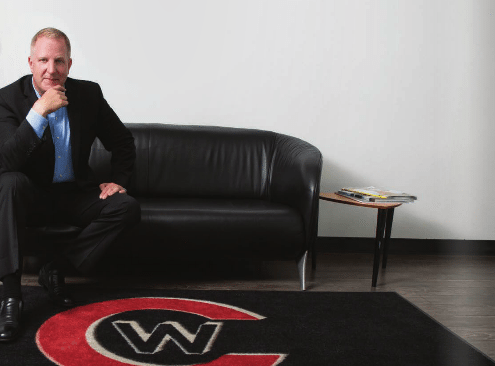