What the Indy 500 Can Teach Dealers

Anyone who knows me knows that my first love outside my family is for “The Greatest Spectacle in Racing– The Indy 500.” I, like most who enjoy this spectacle, watch it for its pure entertainment value and the high drama that it always delivers. If you live in Indianapolis year round you are constantly given information about the teams, the drivers, the team owners, the sport and the track itself. The Indy 500 is the biggest single day sporting event to happen in sports each year. While the race itself is entertaining, if you pay attention, you can learn some highly valuable life and business lessons as well.

Taking a look back over the past few decades, let me share some of these very valuable lessons.

Mr. Tony Hulman bought the Indianapolis Motor Speedway in 1945 from World War I fighting ace Eddie Rickenbacker. It stood idle for four years during World War II due to rubber and gasoline restrictions. With weeds growing through the track surface and grandstands crumbling in the dust, Mr. Hulman saw opportunity. He had a great vision. He not only restored the track, he made it better. He built newer and nicer seating. He created an on track product that was second to none in the world with its death defying speeds. Each year that he and his family have owned the track they have made improvements to the facility and event that have made each passing year better than the last. The lesson learned: In business, as in life, you must have imagination and vision.

A.J. Foyt has been voted many times as the best driver to ever drive a race car and by the time the year 1977 arrived, most all of the things that would make the world say that about him, had already happened. These include three Indy 500 wins, a Daytona 500 win, the 24 Hours of Daytona win, a 24 Hours of Le Mans win and way too many driving titles, accomplishments and championships to list here. But in 1977 at the age of 42, he showed the world he was not done. At an age when most walk away from the sport or are pushed out, he did the unthinkable and accomplished the feat that would solidify him as the best ever. A.J. Foyt became the first four-time winner of the Indy 500. Even more remarkable was that he did it in a car that he built himself – something big time drivers just don’t do. A.J. went on to drive in a total of 35 Indy 500’s, retiring in 1993 at the age of 58, breaking many more records along the way. Although many encouraged him to retire up to that time, he did it his way until he wanted to do it no more. Lesson learned: Control your career so that you may control the results.

Roger Penske has become synonymous with the Indy 500. It is almost impossible not to think of him when you think of the race. The most winning team owner with 15 wins, speed records, innovation awards, pole position records, etc. All that, and the thing that I have never forgotten is how he did it and continues to do it with class. As I remember it, his teams where the first to “dress up” the pit and garage areas of racing. His teams arrived well groomed, in starched shirts with buttoned down collars, creases in their slacks and shoes that were shined. From the first day Penske Racing pulled on to the track, it was apparent they were there to do one thing and one thing only – win the Indianapolis 500. He did not want drivers and team members who moonlighted at other events and in other series. He wanted people that wanted to win at Indy and their entire focus was one that one goal. He found the people, surrounded himself with them and held them accountable. He and his team looked the part, acted the part and delivered.   Lesson learned: You must look and act the part in order to be taken seriously.

Al Unser Jr. won the Indianapolis 500 on his tenth try. What made this so significant is that although most expected him to win the Indy 500 at some point, no one expected him to do it that day. Everything was stacked against him; a record ten past Indy champions in the field and weather so cold that they almost postponed the start of the race. He was driving a car that was untested on the big ovals at high speed for 500 miles. Most felt he and teammate Danny Sullivan would be lucky to make it to the halfway point of the race. The morning of the race, Al Junior was interviewed over the public address system. When the reporter asked what he thought his chances of finishing the race were, Al Jr. said without hesitation, “I feel my chances are excellent that I will not only finish, but win. I would not drive the race if I did not feel I could win. Indy is all about driving hard, giving it everything you got and being a little lucky. I feel really good about my chances today.” He got a little lucky and won the closest Indy 500 ever by 0.043 seconds over second place finisher Scott Goodyear. Lesson learned: Believe in yourself. Even when it seems no one else does, you must believe to achieve.

Speaking of the Unser’s, Al Unser Sr. and his record tying fourth Indianapolis 500 win in 1987 was the race’s biggest upset to date. The former champion arrived in Indianapolis at the start of the month with no sponsor and no car to drive. By the end of the first week of practice, getting a ride looked like it was not going to happen. Al returned home to Albuquerque New Mexico. By the second week of practice, Penske driver Danny Ongais suffered a concussion in a practice crash in a brand new car and was unable to drive. Roger Penske quickly called Al and asked him to take over. The only problem was, the new primary car was damaged and deemed un-drivable. If Al accepted the ride he would be forced to drive a back-up car that was sitting in a hotel lobby in Pennsylvania as a show car. No one believed Al had a chance to win because of the older outdated car. Unser drove a masterful race that day. At one point in the race he was nearly two laps down. Unser worked with the machine he had and proved that it’s not the machine that wins, but the person who knows how to handle the machine that wins. By the race’s end we won his fourth Indy 500 title by over four seconds, tying A.J. Foyt’s record as only the second driver to do so at the time. He was also the oldest driver to ever win at Indy at the age of 47. Lesson learned: Machines don’t win anything. People do.

In summation, the Indy 500 has taught me that to succeed you must have an imagination to create a vision. You have to take control of your vision to bring it to fruition. You have to look and act the part your vision has created and you must believe in yourself, even when others may not. The most important message to take away from this is to know that machines are only tools. They are useless if not in the hands of someone who knows how to expertly use them. After all is said and done, it is the driver who wins the race.

On Sunday May 24th the Indianapolis 500 will be run fro the 99th time. I can’t wait to see what it teaches me this time. 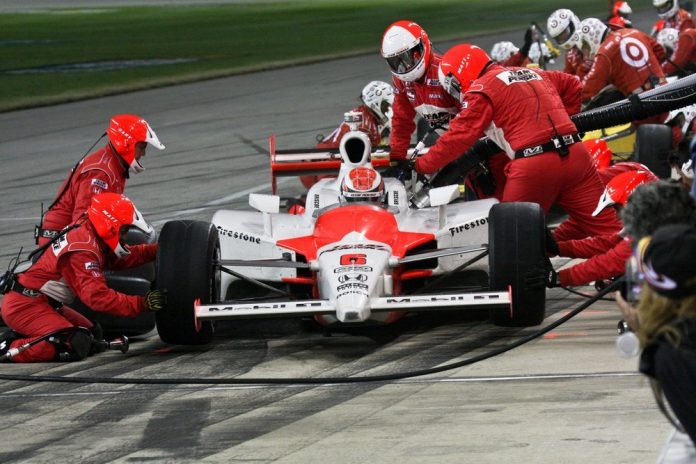 Jeff Cowan
In his 28th year of training, Jeff is recognized as the creator of the modern-day walk-around and selling processes for service departments. Currently partnered with NADA, EasyCare, NCM, MPi and other vendors and manufacturers, he¬ is the nation’s authority when it comes to training service advisors and service support staff. Visit his website at AutomotiveServiceTraining.com and sign up for free, weekly training.