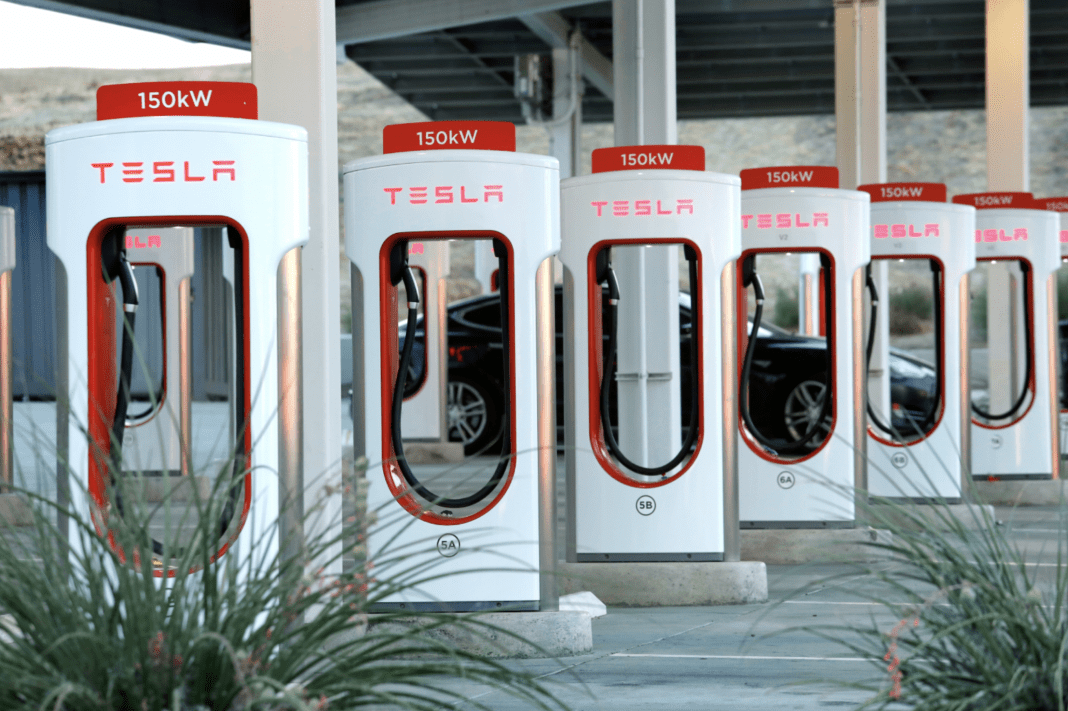 While there has been quite a bit of speculation about a massive Tesla Supercharger station, Twitter user MarcoRP revealed official plans that the automaker has filed for one. The so-called Hollywood Supercharger, if things go as planned, will be located on Santa Monica Boulevard in Los Angeles, California.

According to the blueprints filed by Tesla, the new complex would feature five Level 2 Tesla EV chargers and 34 of Tesla’s highest-powered V3 Superchargers. As Tesla Chief Executive Officer Elon Musk has previously hinted at, the recently-submitted sketches contain a diner, restrooms, and a movie theater.

According to the plans, customers who are eating at the onsite diner or charging their vehicles would be able to watch movies on one of two screens. While specifics of the movies were not outlined, the filing said they would most likely be around 30 minutes each – around the time it takes to charge a vehicle.

While the recent filing is not a definitive plan, it is a curious one, as Tesla is looking to expand the reach of its Supercharger network as much as possible. While not specifically stated in the filings, one could even surmise that a large Supercharger station with entertainment and food may get more people interested in EVs.