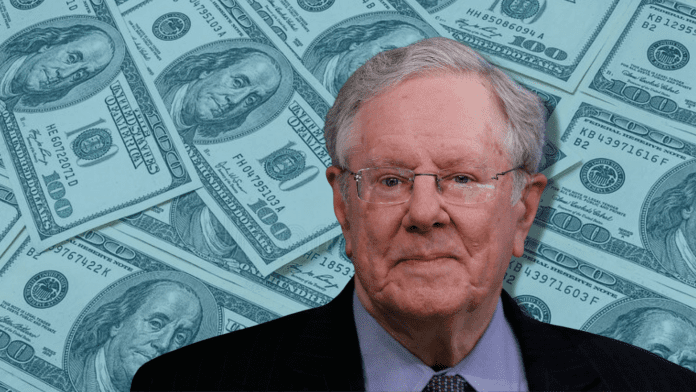 According to Steve Forbes, chair of Forbes Media, the US is too focused on raising interest rates in an effort to curb inflation and should be paying more attention to maintaining stable global currencies.

“The real cure is to stabilize the currency. You don’t have to make people poor to conquer inflation,” Forbes said. Forbes made the statements from the Forbes Global CEO Conference in Singapore on Monday.

“No central banker today – hardly any – talks about stable currencies. It’s about depressing the economy to fight inflation,” he said. According to Forbes, the steps from the Federal Reserve to raise interest rates sticks to a standard mindset but fail to look beyond that.

Forbes points to how the Reagan administration shored up the economy during a similar inflation crisis in the 1980s. A combination of interest rate hikes, tax cuts, and deregulation was used as a fix for rising inflation during that period. On top of those efforts, the administration coordinated global efforts to sell dollars and buy up other currencies.
“Today, unfortunately, not only is the Biden administration putting up obstacles to deal with supply-side problems but also the Federal Reserve and other central banks think you have to depress the economy to bring inflation down,” he said.

“They do it by artificially raising interest rates. So, they have fewer people employed…that is not the real cure,” Forbes said.

Forbes suggested using gold to stabilize currencies, such as tying gold to the US dollar to provide a fixed value. “Gold holds its intrinsic value better than anything else on earth,” he said.