Pre-Roll Video Must Be Part Of Your Marketing Arsenal

Online video is engaging, effective and growing tremendously, as more and more companies in more and more verticals become aware of these benefits. Does your dealership utilize online video in its advertising strategy? If not, then now is the time to evaluate how video can fit into your existing marketing plan.

Why should dealers allocate marketing budget to online video? Simply put, it’s all about consumer behavior. Both the number of people who watch videos online, and the number of videos they watch, have been rising steadily in recent years.

That’s not to say that people aren’t still watching TV or listening to the radio – they are. It’s just that they’re also devoting a lot of time to the Internet and online video, sometimes at the same time. Nielsen found that 86 percent of U.S. smartphone users say they use their devices as second screens while watching TV at least once a month, and Wowza found that 39 percent use those devices while watching TV once a day.

The customers whom you hope to drive to your showroom are spending time online watching videos, and studies show online video advertising influences them. You would be remiss to neglect such a large portion of your potential customer base, when there are targeted and trackable ways to reach those people.

Pre-roll video is likely the first thing that pops into your head if you’re asked to think about online video advertising – the ad spots that run just before the videos you choose to watch on YouTube.

The best way to think of this type of video advertising is to compare it to search marketing on engines such as Google and Bing. After all, YouTube is the second-largest search engine in the world, processing more than 3 billion searches each month.

The way that video pre-roll advertising works is this: Users search for something on YouTube and also are served relevant video results. Advertisers can target subsets of users by age, interests and other metrics, and then use that targeting to show them video ads judged to be relevant to them as well as to their search term.

The big benefit of pre-roll advertising is that it’s self-qualifying, meaning that advertisers only pay when users view their ads. This way, unqualified consumers are automatically filtered out. It also allows dealers to target parts of the sales funnel as they see fit.

For example, someone searching “new Chevrolet for sale” is likely to be low in the funnel and primed to make a purchase, so a dealer who wants to drive sales may choose to target a pre-roll ad to him or her. Likewise, a dealer who is focused on branding could target high- or mid-funnel keywords such as “Chevrolet Cruze features.”

Over the course of the study, Nissan Canada saw more than 900,000 overall advertising engagements, with engagement rates for all campaigns clocking in at about 120 percent better than benchmarks in Canada. What’s more, the automaker experienced a 21 percent overall lift in brand awareness, the primary metric it was aiming to improve. The results of the Nissan campaigns indicate that online video advertising can be very effective in capturing auto shoppers’ interest.

The other main type of online video advertising is programmatic video. It utilizes advanced data to help a company identify a better audience for its ads, and algorithms to determine which ad will be shown to which user.

A programmatic platform helps decide the ads that are most relevant to a given user, which in turn increases the likelihood that the user will engage with the ad by watching the entire spot and/or taking an action.

If YouTube pre-roll video advertising can be compared to search engine marketing, then programmatic video can be compared to advertising on television – except that it’s much more targeted and trackable. Unlike television, on which ads are bought and sold in blocks, the ad-buying process in programmatic is automated and individual. Because the videos are online, it’s possible to track not just who views an ad, but where they view it, how many times, and what actions they take because of the ad. These analytics are benefits that more traditional kinds of advertising like television simply can’t offer.

Because of this, programmatic video is a boon to dealers who want to ensure they’re delivering their message to the right prospect at the right time. Programmatic algorithms help dealers focus on serving relevant ads to the most qualified, in-market customers, resulting in a much more efficient ad spend.

In the end, it’s not an either/or situation for dealerships. It’s not a matter of pitting pre-roll advertising against programmatic advertising, or online video against the traditional media strategies that have been working for dealers for years.

As ever, the key to a successful marketing strategy is investing in a diversity of methods that complement each other and help you capture a broad base of potential customers. Using video pre-roll and programmatic video, alongside the more traditional and direct marketing methods you’re already utilizing, can help you reach auto shoppers at all stages of the consideration process.

It sets your dealership on the right course to the future of advertising. 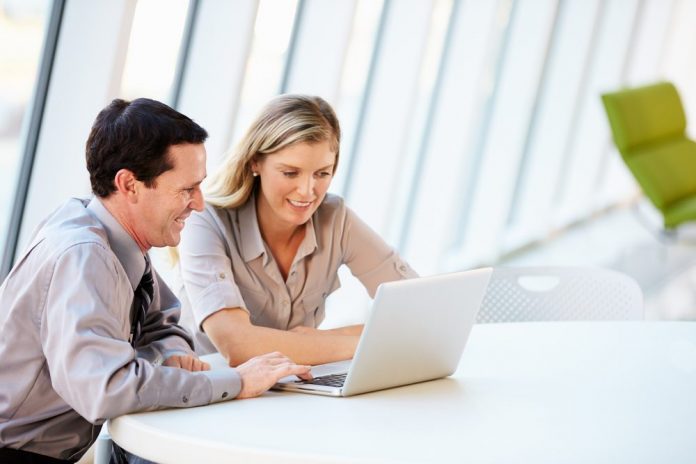 Amy Farley
Amy is a skilled writer and editor with a keen interest in digital trends and topics in the automotive industry. She utilizes her knowledge of what is new in retail automotive marketing to help Force – an automotive digital, direct mail and email marketing firm based in Atlanta – with its evolution of the dealer-to-customer shopping experience. Visit the website at Forcemktg.com.