Implement a process to tap new leaders, whether based on gut feel or quantifiable criteria. BY KIRK MANZO

Why can some new leaders effectively transition into the role of reliable performer for your dealership, while others fail spectacularly?

To increase the likelihood that the next person you promote to a managerial role actually succeeds, your organization must first have a defined program to identify “hi-pos,” meaning high-potential leaders. These are individual performers whom your dealership has identified as having the skills and abilities to possibly develop into a leader in the future.

Picking people for your promotions pipeline is critical, and your dealership can opt to approach that challenge loosely or with a very detailed process, as the tales from the following two real dealerships show.

One dealership group in Pittsburgh invests in outside leadership training for its hi-po’s on a regularly scheduled basis. Currently, 83 people (about 10 percent of the total employee population) are participating in this initiative. They come from all areas of the dealership’s operation, from accounting to body shop.

While the training and development of the people tapped is rigorous, the dealership group’s criteria for identifying candidates is only thinly defined. Immediate supervisors recommend candidates based on general observations of attitude and desire. While both of these attributes are important in the selection of hi-pos, applying a more quantifiable approach would seem beneficial.

Established managers also participate in the same leadership development curriculum, in order to maintain a uniform message within the group’s culture.

For several years, a second dealership business, a Honda distributor in Puerto Rico, has harvested individuals from its sales ranks to fill positions seen as vital to fueling growth for additional points of sale. One of the most frequent needs has been for F&I managers (business managers).

The criteria applied in the past had been somewhat arbitrary, as with the dealer group in Pittsburgh. This produced mixed results.

After careful thought and consideration, a more measurable approach was implemented to identify candidates for promotion to F&I positions. Here are some of those criteria:

1) Minimum of two years of experience with the organization

This company has a very defined culture and philosophy, with documented standards for appearance and attire, etc. As a result, its management felt it was important that all candidates being considered for advancement would set a positive example. Showing associates how to conduct themselves, both internally with team members and externally with customers and lenders, established the visibility required for successful leadership.

Additionally, since many of the dealer group’s salespeople are recruited from outside the automotive industry, this minimum two-year timeframe was needed to raise their overall knowledge of the vehicles and the company’s sales process.

Often in the automotive industry, top-performing salespeople are plucked from the ranks and placed into new leadership positions, with limited success. The skills required to be a top individual performer stand in stark contrast to those needed to perform as group leader.

For this reason, top performance was not required for consideration in this Puerto Rico-based dealer group. Instead, candidates were required to consistently (beyond six months) perform above their group’s unit sales average for the location where they worked.

Poor performance in unit sales would disqualify candidates from consideration. After all, if you can’t effectively sell something tangible (like a car), then your successfully selling something intangible is unlikely.

3) Per-vehicle revenue (PVR) on the back end

The reality is that these high-performing salespeople had superior product knowledge for each of the programs offered, including the vehicle service contract. Also, many of the salespeople chosen had shown evidence of “believe” in the distributor’s F&I protection plans by purchasing one for their own vehicle.

It is one thing to sell a car; it is another to get paid. One of the critical areas of measurement was in the area of CIT. The average salesperson in this organization will sell 10 cars per month. Meanwhile, the average volume for an F&I manager in this group is 35 to 45 cases per month (stateside, that number is often closer to 75 cases per month).

If salespeople as individual performers are incapable of managing a small customer count on paperwork related to funding their own deals, then how on earth will they be able to manage four times the volume?

For this reason, candidates must have consistently maintained their numbers of CIT below their group’s average, in order to be considered for advancement.

For this reason, candidates were required to maintain a consistent above-average performance with each of the group’s banking and insurance partners, in order to qualify for participation in the hi-pos program.

Since implementing these measurable criteria three years ago, the failure rate for new managers in this group has dropped by 50 percent! 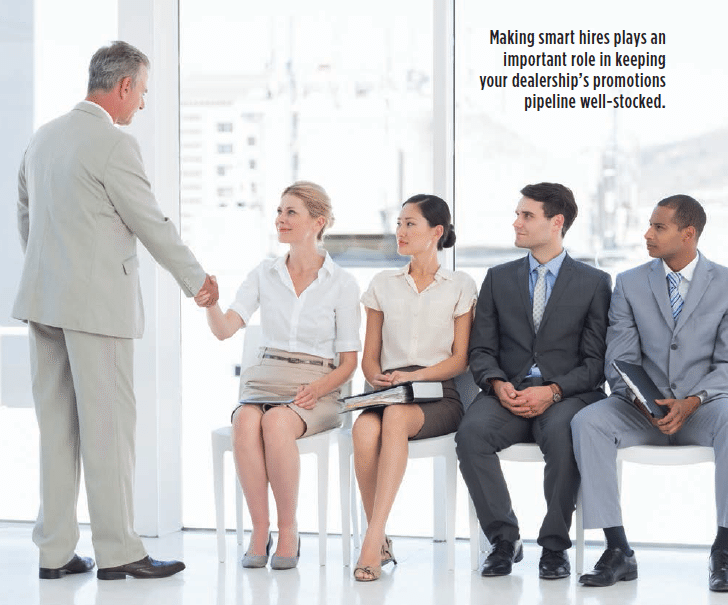 The time to identify your hi-pos is NOT when you fire a manager for poor performance. How successful would the manager of a major league baseball team be if he pulled the starting pitcher from the game and had no one warming up in the bullpen?

The conclusion to draw from the two dealership examples is, establishing a program to both identify and develop high-potential leaders is the key to a dealership’s successful retention and attraction of top performers. While your business may or may not have multiple rooftops that it needs to staff, the principal holds true for single-point operators as well as large publicly held groups. The alternative would be for a dealer to do all the work himself or herself, which is not effective either for lifestyle or the dealership’s legacy.

While succession planning is often associated only with a dealership’s owner selling to a family member or by being acquired by one of the public auto groups, it is really about establishing a game plan for the replacement of all key positions.

CEOs, when polled, typically indicate that the greatest limitation for future expansion of their business units is not access to financial capital. Rather, it is rather access to qualified human capital.

Creating a high-potentials development program is the key to ensuring your dealership’s growth. 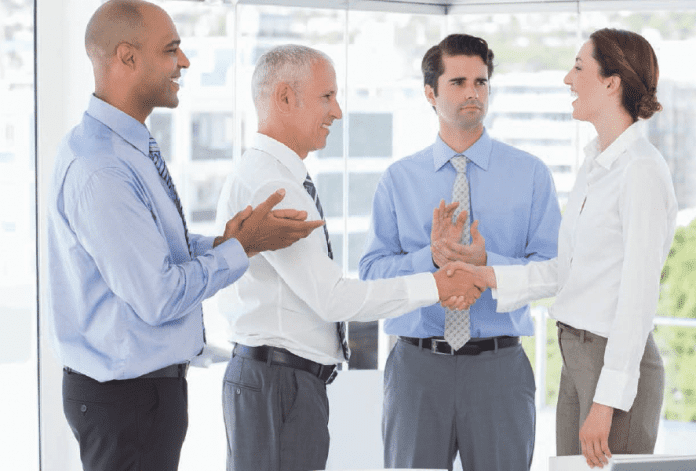 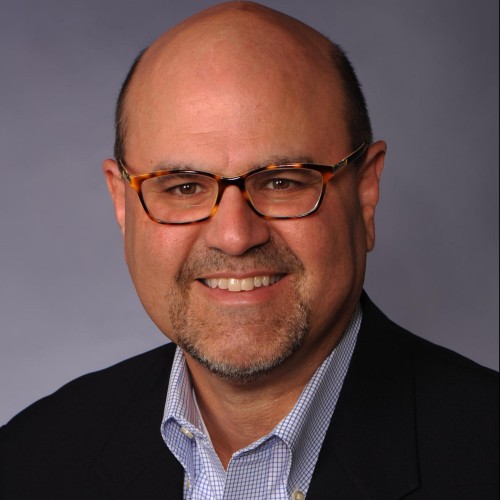 Kirk Manzo
As a best-selling author, internationally recognized speaker and professional trainer, Kirk has conducted hundreds of in-dealership programs throughout the U.S. and Latin America and was a featured speaker at the 2015 NADA Annual Convention in San Francisco. As a certified member of the John Maxwell Team, he facilitates mastermind groups, in-dealership workshops and coaching services based on Maxwell’s strategies for leadership and communications. Visit his website at LeadershipIsInfluence.com.