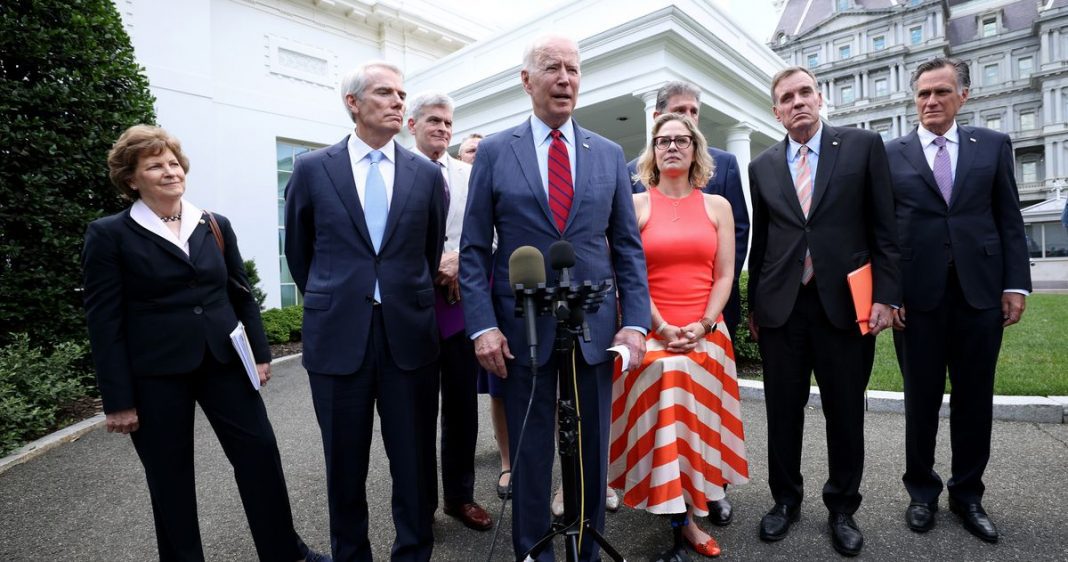 President Biden has plans to unveil a $2.5 trillion infrastructure proposal this week, which would be one of the largest infrastructure ventures the US has ever seen. Revamping the infrastructure throughout the United States has been one of his top priorities and would include repairs to roads and bridges as well as the expansion of broadband access and the tackling of potential weather and climate issues. Another large component of the bill, however, is expected to be geared towards electric vehicles (EVs), which would have an impact on EV stocks.

Aside from affecting the stocks of automakers, the plan could also have a tremendous impact on companies working within the EV realm.

For example, Facedrive is one of the stocks that may be impacted heavily due to it being one of the most popular EV rideshare options. Unlike many other companies, Facedrive fared rather well in 2020 and its stock roughly doubled throughout the pandemic. By forming strategic partnerships and making smart deals, Facedrive has kept its shareholders happy. This includes their “Facedrive Foods” delivery offering, which is similar to UberEats except it uses EVs to deliver food. In March, the company announced it had reached daily deliveries of over 5,000 meals.

But Facedrive has recently expanded even more into the EV industry after acquiring Steer, which offers a monthly EV subscription. Users can seamlessly select from a range of fully electric and hybrid vehicles from all different manufacturers from Toyota to Porsche. While Steer faces huge competition from rideshare services like Uber and Lyft and is currently only available in Washington, D.C. and Toronto, Canada, the expansion to Canada was intriguing to many investors and stock may continue rising depending on how well the service is received by new customers.

Despite the delays of its electric R1T truck due to the pandemic and parts shortages, Rivian is another stock investors are watching closely as it continues to hold on to the partnership with Amazon, which hopes to have Rivian build 100,000 electric delivery trucks for the e-commerce giant by 2030. In February, Bloomberg reported that Rivian was considering going public later in 2021 or in 2022, so it’s undoubtedly a stock that would be impacted by the infrastructure bill and potential shareholders may want to keep an eye on it.

The infrastructure bill may also end up boosting General Motors’ stock, as the automaker announced in June it “plans to spend $35 billion on electric and self-driving vehicles” and has plans to build two EV battery plants that are projected to create 240 million battery cells annually. GM also has an advantage due to its Ultium platform, which can be used to build battery cells for every vehicle in its entire lineup. GM also recently started its new business offering BrightDrop, which will manufacture a large electric delivery truck as well as so-called “electrically powered pallets” that can move packages themselves.

Of course, Ford is another stock to watch after the unveiling of its electric F-150 Lightning, which is set to be at dealerships next year. Ford’s EV sales are expected to rise due to the truck as well as the electric Mustang Mach-E. Assuming automakers are able to recover from production woes such as the semiconductor chip shortage, some experts say EVs may make up 10% of its production in 2022.

Aside from the pending infrastructure bill, other factors such as the future of the EV tax credits will influence how many consumers decide to switch to EVs and therefore will affect the stock of automakers and related companies. The future of the bill and how much it would allocate to EV technology is also extremely uncertain, as it has very little bipartisan agreement at this point and the Senate isn’t expected to cast their final votes until sometime in the Fall.