General Motors has taken notable steps over the past year to improve its diversity across the board after receiving previous criticism. 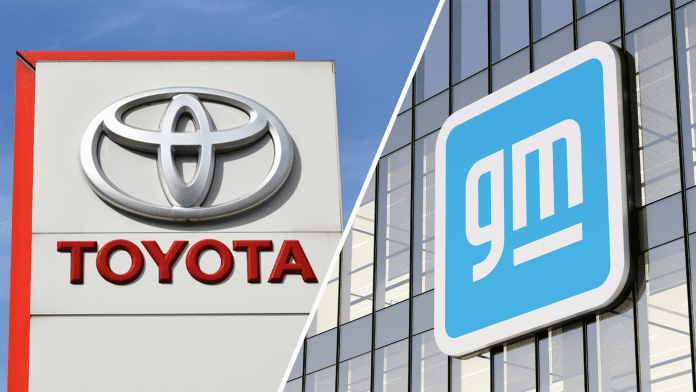 General Motors and Toyota came out on top in Rainbow PUSH/Citizenship Education Fund (CEF) Automotive Project’s annual Automotive Diversity Scorecard, which allows automotive manufacturers to self-evaluate their diversity initiatives. The results of this year’s survey were announced at the Global Automotive Summit in Detroit.

The survey provides auto manufacturers with a scorecard that leadership teams use to measure the success of diversity and inclusion initiatives and investments in six key areas: employment, advertising, marketing, procurement, dealers, and philanthropy.

The scorecards are then returned to Rainbow PUSH/CEF for evaluation and scoring.

OEMs can earn a grade of red, yellow, or green in each category based on their responses. A red grade means diversity initiatives or investments were non-existent, non-disclosed, the OEM did not provide enough information for scoring, or did not submit a completed questionnaire.

A yellow grade means some evidence of ethnic diversity is visible in goals, initiatives, and accountability, but not all dollar investments, key figures, and other scorecard factors were disclosed in the questionnaire or directly to RCP/CEF.

A top-scoring green grade indicates a company is employing best practices for ethnic diversity, including stated goals, initiatives, and dollar investments combined with accountability and growth.

“We are pleased with the responses we received from many of the participating automakers. These are the best scores we’ve seen since the inception of the Diversity Scorecard,” said John A. Graves, chairman of the Global Automotive Summit. “Some companies that initially received a red grade submitted a corrected plan to address diversity deficiencies prior to the next Scorecard. I am confident they will meet their goals.” 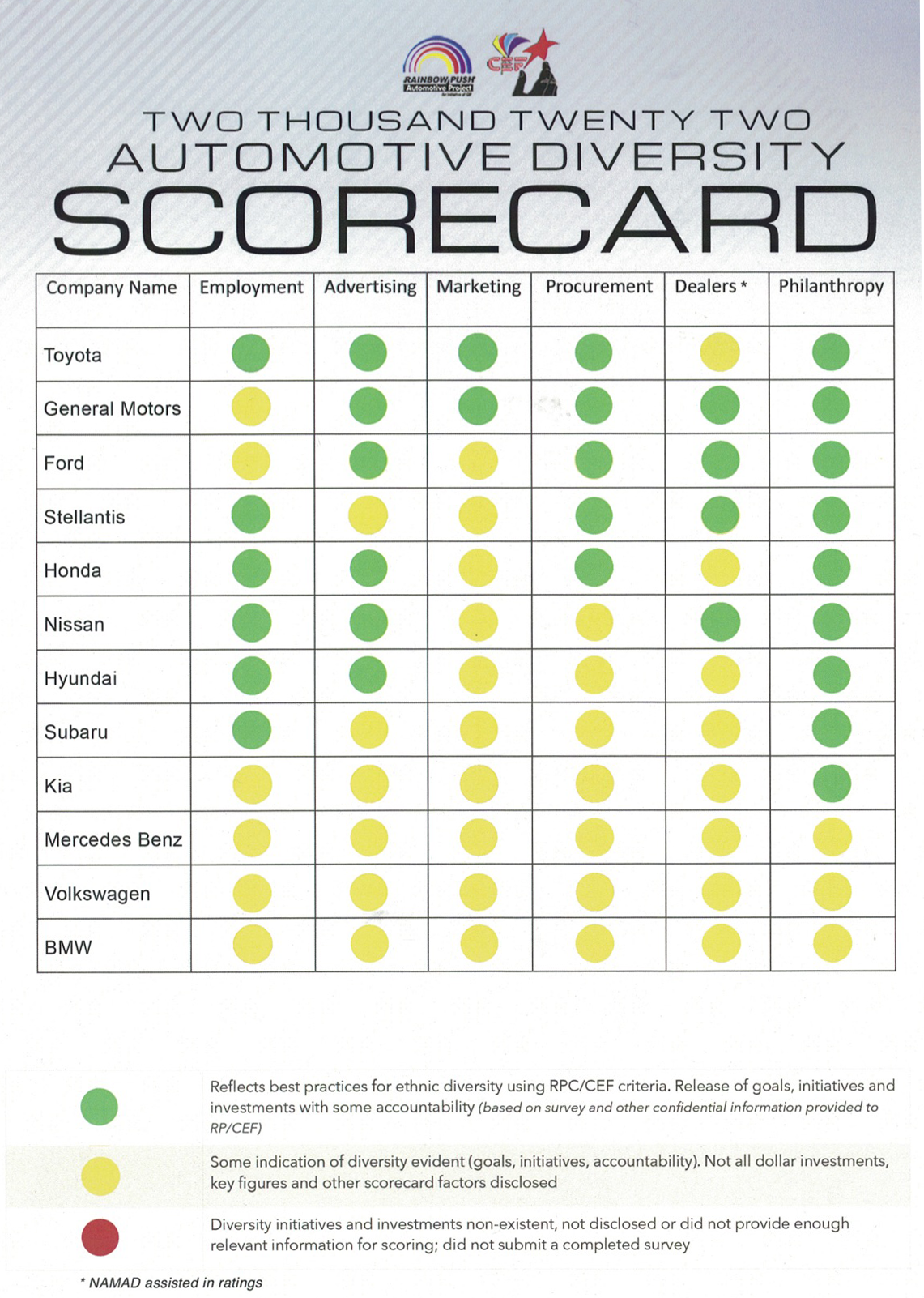 Still more work to be done

General Motors has taken notable steps over the past year to improve its diversity across the board after receiving criticism regarding a 2020 statement from CEO Mary Bara following the George Floyd murder. The company met with Black-owned media outlets and pledged an increase in advertising spending by 400 percent to promote increased diversity in its media advertising.

“We are proud to see our continuous progress around diversity, equity, and inclusion (DEI) reflected in the latest scorecard for the Rainbow PUSH coalition of automotive diversity,” said Telva McGruder, chief diversity, equity, and inclusion Officer at GM. “We recognize that we are at the heart of our journey and continue to drive robust DEI connections through our business actions. GM’s commitment to diverse-owned businesses and communities at large remains central to our overall strategy of ongoing investments,” McGruder said.

Rainbow PUSH Coalition founder and President Rev. Jesse L. Jackson touted the success of the program while also indicating there was more work to be done. “We have seen many automakers take big steps forward with their diversity programs as they have come to truly see the value of diversity and inclusion programs,” Jackson said.

“We cannot afford to be complacent – our work is far from being done,” Jackson said. “The automotive industry and the communities it serves would benefit from having more Blacks in the C-suites and as owners of dealerships. Our advertising agencies need larger budgets and, of course, we need to make sure minorities play a meaningful role in the emerging electric vehicle supply chain.”