Dealer’s Path To Her Arizona Store Was Long And Twisted 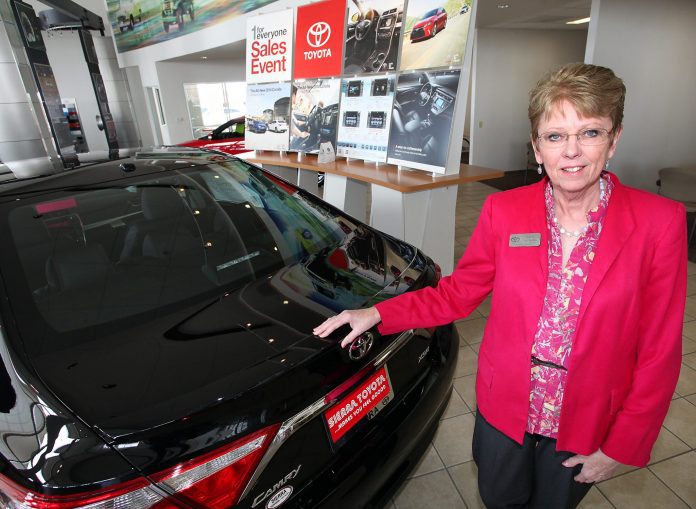 Shot down repeatedly on the East Coast, she was about to give up when a chance arose to break into ownership. BY JON MCKENNA

The sunny side of the auto dealership industry is the supercharged prices and soaring blue sky valuations given to dealers who sell their businesses during boom times like now. However, for every dealer striking it rich there’s also an Elsie MacMillan, clawing to get her hands on her first store and feeling like she’s trying to break into a bank vault.

By her own conservative estimate, MacMillan pursued at least 14 dealerships on the East Coast over a six-year period and was shot down each time before she spied an ad and moved out west to take over an aging Toyota store not far from the Mexican border.

Her odyssey had nothing to do with chauvinism in the industry, MacMillan insists. It’s simply a tale of bad timing, bad luck, bad fits or someone else having the inside track – and of dogged persistence on her part.

“I always feel like things happen in life for a reason, and maybe there was a reason for me to come to Sierra Vista,” she said philosophically. “I really like it here and I’m not sorry I did things the way I did. It was the right time and place.” 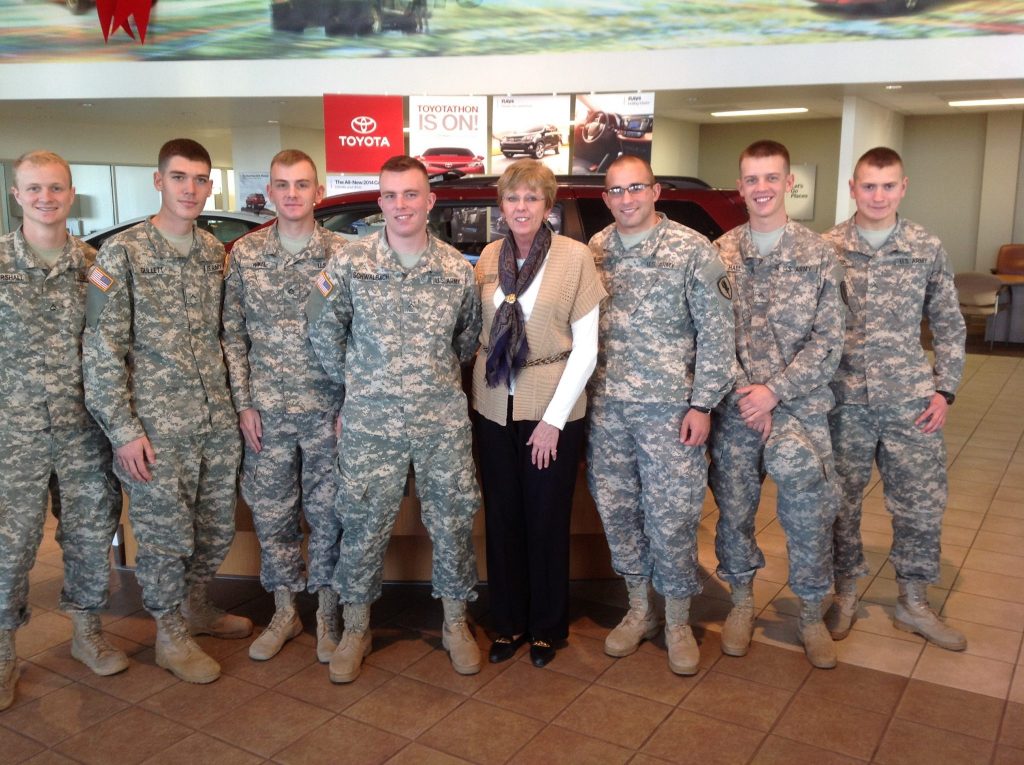 Sierra Vista (Spanish for “Mountain Range View”) is a city of about 45,000 in southwest Arizona, about 75 miles southeast of Tucson, the population and business center of Cochise County. It’s where a 68-year-old transplanted New Jerseyan runs Sierra Toyota/Scion, a dealership that sells more than half its new and used vehicles to active and retired military and contractors connected with the Fort Huachuca Army intelligence training facility.

MacMillan has 46 years of experience in retail automotive, having gone to work shortly after graduating high school as a bookkeeper for Prestige Mercedes-Benz in Paramus, N.J. It was a new dealership when she started, and over time her dealer entrusted her with learning the service, parts and other sides of the business than accounting.

In fact, in 1981, her 13th year with the dealership, she had developed enough relationships and had broad enough experience that the dealer named her GM. That freed the dealer to add more stores and nameplates including BMW, Chevrolet, Cadillac and Jaguar. MacMillan worked with him on unifying the accounting across the group.

In 1991, she was named GM of the Prestige Lexus store. It was a big dealership and things went well for a few years, but eventually some of the group’s management persuaded the owner that his old guard needed to go. MacMillan was squeezed out in 1995.

Search Starts For Her Own Store

“I had a hard time looking for a job being that I was a woman in the business and I didn’t come out of the sales side,” she recalled. But MacMillan didn’t want to be a salesperson or GSM. At this stage of her career, she wanted to be at minimum a GM, or even better a dealer.

This began a stretch of several years in which MacMillan worked various dealership and consulting jobs at the same time she was hunting for her own store. Just as she was leaving Prestige Lexus, Ray Catena, the owner of a Toyota dealership in Westchester, N.Y., approached her dealer about buying it, and MacMillan quickly got enrolled in the Toyota dealer development program (with manufacturer financial participation) and put together an offer.

However, it didn’t work out because Catena was undecided about whether he wanted to stay in the business or possibly have MacMillan partner with his GM.

She began consulting for a dealership in Raleigh, N.C., and liked the area well enough to persuade her husband Paul to move there with her. She got a job in sales for Fred Anderson Toyota there (“Sales is not my cup of tea, but I needed to get the sales experience”) and helped develop the store’s BDC.

Meanwhile, MacMillan was working with different brokers trying to find a dealership to buy in the South. She tried to increase her credentials by enrolling in Toyota’s southeastern dealership development program, so that she had two manufacturer programs to tap.

“But, it was tough. You had to have at least 20 percent of the [purchase] package personally. That meant I needed to look for a store in the $3 million range, maybe doing 300 new cars a year, a smaller store. And when you found one, sometimes the dealer said he was ready to sell and really wasn’t.”

An opportunity in Goldsboro, N.C., fell through. A store in Frederick, Md., looked so promising that the MacMillans moved there, but it wound up sold to the Darvish family. She looked at four more Toyota dealerships seriously, another six somewhat less intently. No deal. It didn’t help that AutoNation was aggressively buying up dealerships at the same time and driving up prices.

MacMillan got a job with a Volkswagen Saab Land Rover store in Laurel, Md., as service manager. A broker introduced her to a Toyota dealership in Hartford, Conn., but two days after the meeting the dealer took it off the market. At long last, “I was ready to say, ‘It’s just not meant to be, Paul.’” 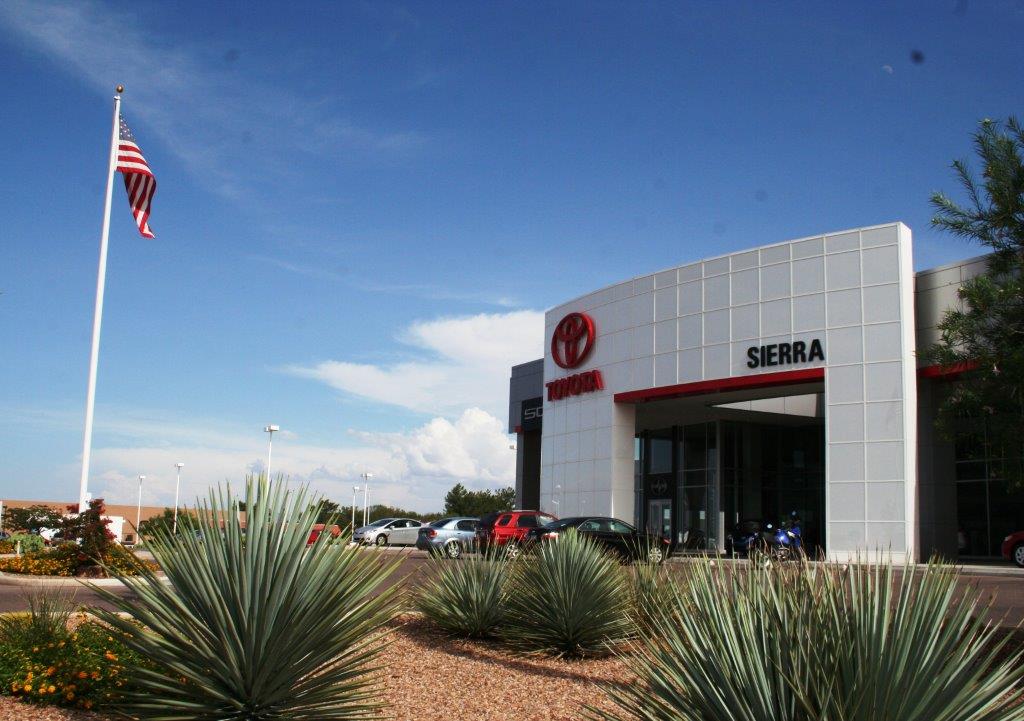 However, a short time later she saw an ad in a trade magazine about a Toyota store up for sale “in the Sun Belt,” with only a P.O. box listed. MacMillan found out that meant southwest Arizona, a region about which she knew nothing. But, the $2.5 million-$3 million price range was reachable, the volume (250 to 300 new cars per year) was manageable, and the owner had a good reputation locally.

Still, there was work to be done after she closed in mid-2002. She decided to replace the sales manager, and the service manager left of his own accord. The 11,000 square feet of buildings were old and seemingly thrown together without a plan, and the showroom was so small it could only display three cars.

“I knew sooner or later, Toyota would be putting the push on me for renovations.” So MacMillan in 2005 bought the site next door of an abandoned hotel and restaurant, began building a dealership using a then-new Toyota design plan, and in 2007 moved in her business. As opposed to the original purchase with which the manufacturer program helped, the approximate $8 million deal was entirely on her.

In part because of the debt and in part because she’s late in her career, MacMillan isn’t interested in buying more stores. The dealership is doing well enough to be DealerRater’s top-ranked Arizona Toyota store the past two years. The Sierra Vista business community is actually thriving, she said, even though some purchases require a drive to Tucson. She has made inroads with the Rotary and other local business groups.

“Our community has been struggling to rebound with the economy, and 2014 wasn’t our finest year, but we are tracking as of July to hit 525 new unit sales and 450 used this year,” MacMillan said.

Sierra Toyota/Scion At A Glance