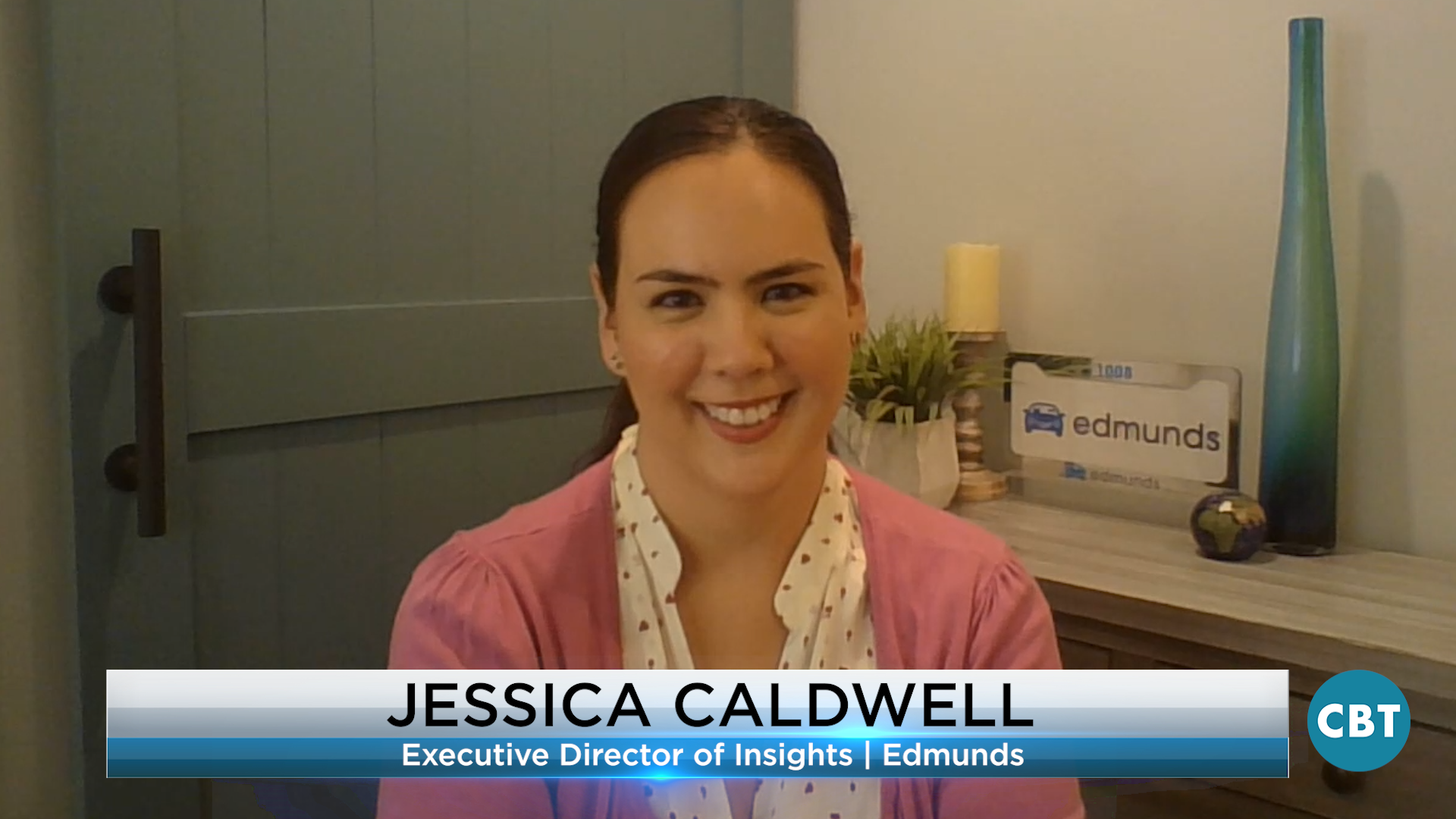 What current auto retail conditions tell us about the remainder of 2021 – Jessica Caldwell, Edmunds
Joining us today on CBT News, is the Executive Director of industry insights for Edmunds.com, Jessica Caldwell. Caldwell shares with us an update on the current inventory situation, what kind of market activity auto retailers can be expecting, and some of the causes of the current sky-high pricing. Watch the complete segment here.

Volvo Cars has announced plans to make its South Carolina assembly plant electric in an effort to become an EV-only brand by 2030. The Swedish automaker will be the first of its kind to build an EV-only production plant near Charleston, South Carolina. The company has pledged $700 million in investments which include the building of EVs, a second assembly line, and a battery pack assembly plant. They also plan to hire more staff, with the intent to triple hourly production to about 2,500 hours in the next couple of years.

Honda has chosen ‘Prologue’ as the name for its upcoming battery-electric crossover. Set for model year 2024, the vehicle will use General Motors’ ultium platform and batteries, but will retain Honda’s vehicle body style and interior. The name Prologue alludes to Honda’s zero-emission future. The Japanese automaker has yet to comment about specifications or where the vehicle will be manufactured.

Renault has agreed to partnerships with China’s Envision A.E.S.C. As well as French firm, Verkor, to design and produce electric car batteries. Renault adds that it plans to build a research and development facility focused on the design of “innovative battery cells and modules,” in order to get ahead of its e-mobility competition.

Massive storms in the Detroit area have put a damper on the production of vehicles from automaker, Stellantis after a marshaling yard full of finished vehicles was flooded. An exact number of vehicles impacted has not been released, however, damages are speculated to be in the millions. To make matters worse, more storms are forecasted for the days ahead, creating havoc for manufacturers. Automakers say they hope to step up production and make up for lost time in the coming days. 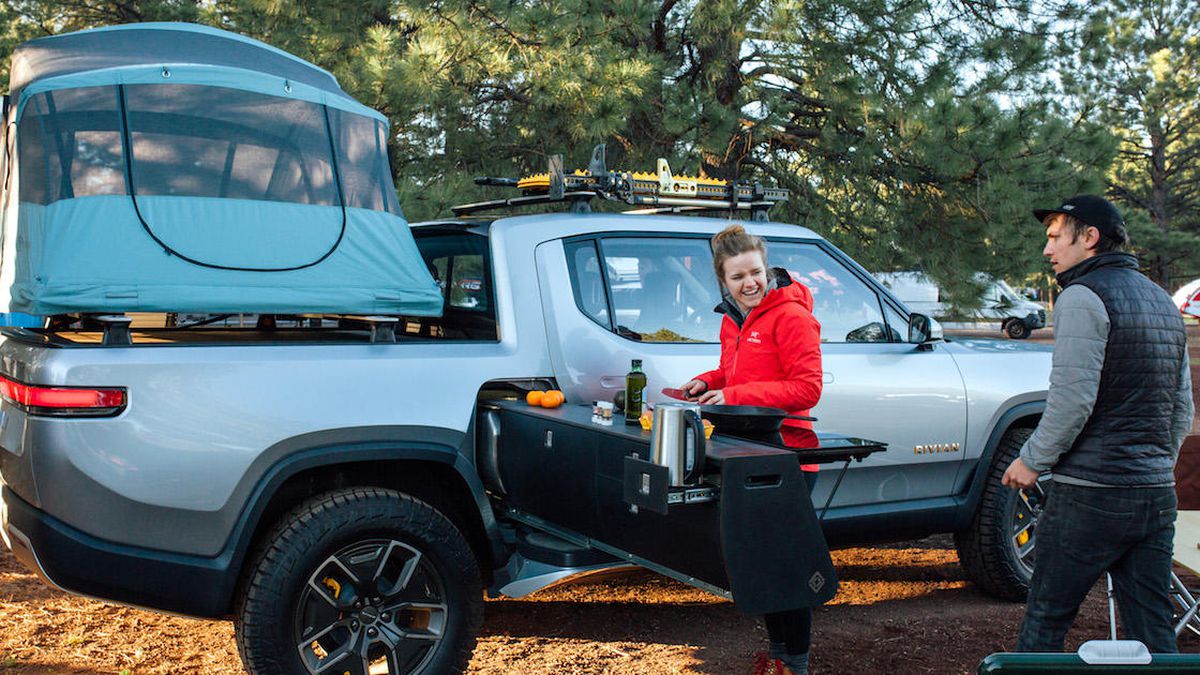 Rivian’s Camp Kitchen gets a demo from CEO RJ Scaringe – is it the gear customers want?
On June 26, a YouTube video by Volter Media circulated with Rivian CEO RJ Scaringe behind the camera. The three-minute clip goes through the Rivian R1T’s Camp Kitchen that has apparently gone from prototype to production with the lead engineer Rachel performing the walkthrough. The Camp Kitchen slides out of the Rivian’s passthrough tunnel between the truck bed and the cab on a rolling shuttle. Read more 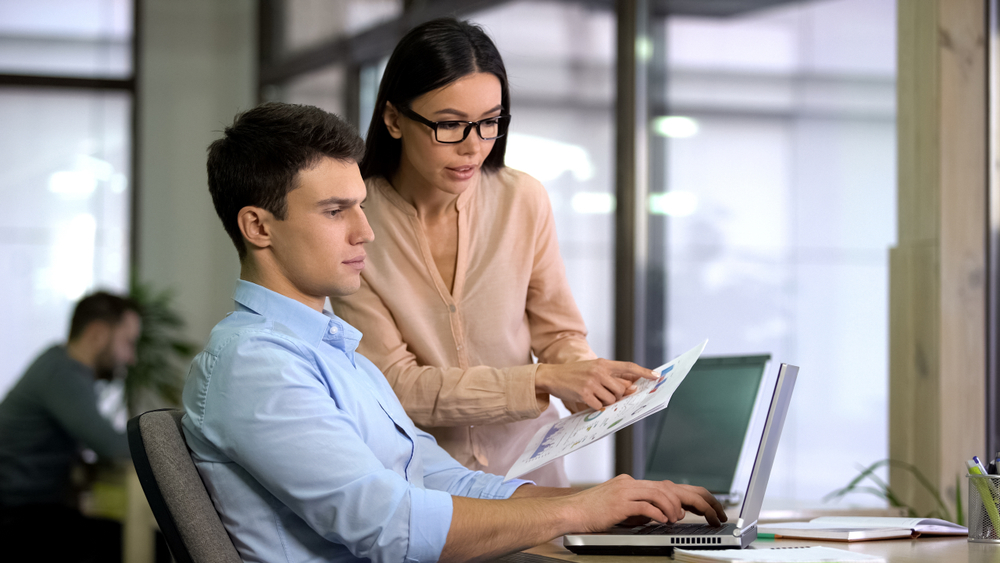 How the automotive industry can improve agility, scalability, and efficiency by digitizing accounts payable
The automotive sector has been hard-hit by the COVID-19 pandemic. Not only were OEM supply chains adversely impacted by the virus and the loss of critical resources, but Tier 1, Tier 2, and Tier 3 suppliers have been hurt, too. As the supply chains recover and production gets back to normal, automotive manufacturers can again look for areas to reduce costs, improve operational agility and efficiency, and be in a position to scale to meet increased and changing demand—while also keeping operations humming along when the next unplanned disruption shows up. Read more

Share
Facebook
Twitter
Linkedin
Previous article
Melissa Z. Clark discusses her new role as CEO of Sokal and trends in automotive advertising
Next article
Rivian’s Camp Kitchen gets a demo from CEO RJ Scaringe – is it the gear customers want?