How carrying around a notecard can improve your selling

The month of September is almost completed. Maybe you’ve done well, or maybe you’re an 8-car guy and you’re looking forward to turning things around for October. Well, you might want to start by writing down stats on a 3×5 notecard.

Best-selling author and auto industry trainer Joe Verde says sometimes you have to “change your mind, so you can change your habits.” He says this is a concept he used after he stopped pre-qualifying people, or telling shoppers he had found a perfect car they liked without even presenting the car.

Verde also says he honestly thought there were four types of people he’d talk to: buyers, lookers, shoppings, and people who couldn’t buy a candy car on credit, much less a car. Once his mind was changed, however, his habits changed. He wrote these industry stats down on a 3×5 notecard to remind himself how critical it is to not just hear stats, but to internalize them:

Internalizing those states helped him get past seeing the four types of people, Verde says. He also knew when customers said, “I want this and this and this,” that he just needed to move past their ‘wants’ and focus more on who the car was for, how they’d use it, and why they were getting it.

Change the mind, so you can change the habits. That’s exactly what Joe Verde did, and it earned him more in seven months than his first five years combined! 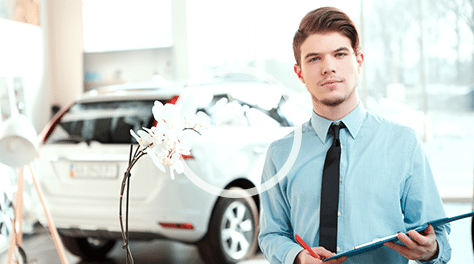