Where Politics and Business Intersect

Under the direction of Tim Jackson, the Colorado Automobile Dealers Association has mastered the art of leveraging relationships for the betterment of, not only the state’s franchised new car dealers, but also the residents of the Centennial State. BY CAROL WHITE

If a dealers association is graded by the number of state legislative candidates it supported being elected into office, then the Colorado Automobile Dealers Association is at the top of its class. According to an article in the Denver Business Journal, CADA had an 87-percent success rate in supporting the winners of the 2014 elections. It came in second only to the Colorado Medical Association despite being ranked 14th in overall campaign contributions to winners with $27,000 in donations.

“Dealer associations have become very influential, very reliable and very powerful in the state legislative process,” said Tim Jackson, president of CADA. “Obviously if you’re going to weigh in on a candidate and back them financially, you want them to be successful.”

Jackson, who has 26 years of association management experience, joined CADA in 2004. In his role, he oversees the daily operations of the association and – since CADA and the Metro Denver Automobile Dealers Association merged in 2009 – the production of the Denver Auto Show, the third oldest show in the country. The impact of the show is tremendous for dealers, said Jackson, because it generates excitement in the marketplace. “We are the face of the industry with the auto show.”

The flash and glitz of the Denver Auto Show, which is the second largest in the country, draws thousands to the Colorado Convention Center every year to see the best that our industry has to offer. This year’s show will kick off on April 8 and will once again feature the “Green Scene,” where more than 100 fuel-sipping green machines will be on display. There will also be pavilions showcasing electric cars and hydrogen fuel cells, in addition to plug-in hybrids that will be on display from 15 different brands. While there will be a focus on efficiency, fans of performance cars won’t be disappointed. They’ll be on display along with the industry’s newest pickups and small trucks.

CADA generates most of its revenue from the auto show, which affords Jackson the ability to carry out the mission of the organization – advocating for the state’s 260 franchised dealers. “We, as a state association, are the eyes and ears of the dealer body before state policy makers,” he said. As the voice of Colorado dealers, Jackson uses the relationships he’s forged over the years to further their causes.

Located just a few blocks south of the state capitol building, CADA’s office looks more like a small mansion than the home to the 100-year-old organization. Named after Jackson’s predecessor, William D. Barrow, the building was designed to be more than just office space. It was designed as an events facility to host dealer-related gatherings and meetings – a place where relationships with political and community leaders are fostered.

The building is available at no charge to all trade associations, professional societies, non-profit organizations, political candidates and caucuses. “We took a different approach with the building,” said Jackson. “It’s an asset and it doesn’t depreciate through use. But what it does through use is get us exposure. So like the dealers are very active in their communities, we wanted to be active in the state community by providing the space.”

CADA hosted more than 200 events in 2014. “When you’re that gracious, the word gets out,” he said. While some of the events hosted are social in nature, most are meetings held by community organizations such as Rotary Club, Kiwanis, Chambers of Commerce and other business and professional associations. Jackson takes advantage of these gatherings to educate the attendees on the impact the retail auto industry has on Colorado’s economy – like how 20 percent of the states sales tax revenue comes from the auto industry, or how new cars today are 99 percent cleaner in particulate emissions than they were 10 or 15 years ago, or how dealerships provide careers with outstanding income potential for citizens in Colorado. “I will personally speak at 80 to 100 of these groups each year,” he said. “It all ties together from a visibility factor to help us affect positive legislation for consumers and dealers in the Colorado Capitol.” CADA was able to successfully launch the Clear the Air Foundation (see related story) with the help of one of those groups, the Colorado Broadcasters Association.

The real value, however, in offering up its building free of charge comes from the access CADA has to the state’s policy makes. “We have had legislators tell us that they’re in our building for meetings and events more than any other in the capital city, other than the capitol itself. We leverage the building as an asset in our effectiveness in the legislative process. The more legislators we host, the more exposure we get, and that goes to the good of the organization.”

In addition to hosting meetings at its headquarters, CADA works to arrange grassroots meetings with dealers and members of the state legislature in their hometowns. Those meetings usually take place over breakfast, lunch or dinner, and involve anywhere from six to 10 dealers explaining to their representative the value of new car dealerships to the state’s economy.

“We really engage our dealer body in that advocacy,” said Jackson. “I tell our dealers that I don’t know if it’s going to be next week, next month or next year, but at some point in time in the not so distant future, I’ll be calling you about a certain piece of legislation that’s in the Colorado Capitol and ask you to contact that legislator that you met with over breakfast, and tell them why that issue is important and why they need to vote on it in a certain way. This is where politics and business intersect. 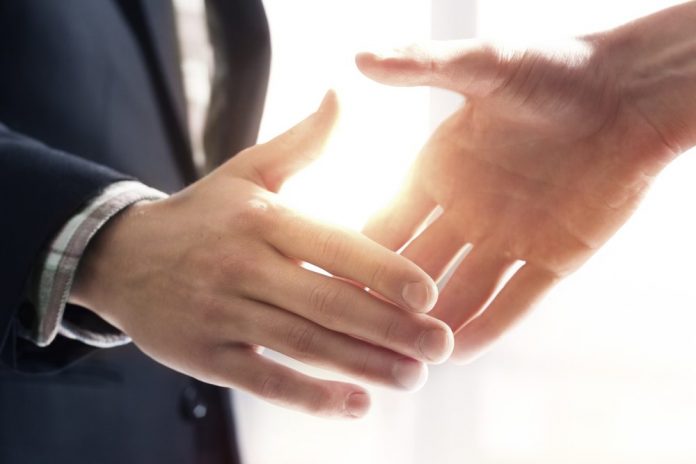