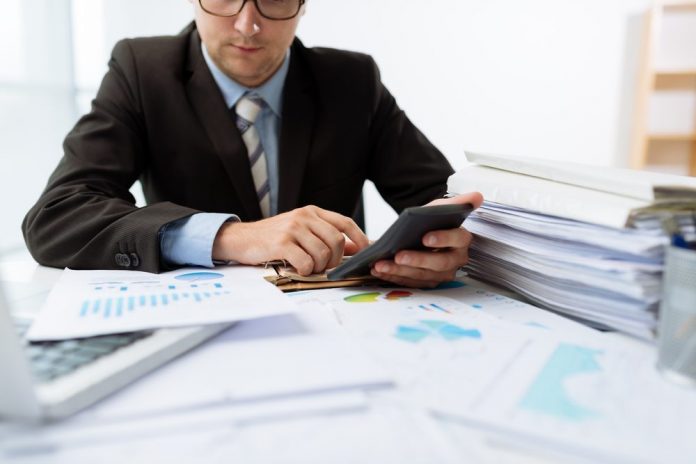 After a year of automatic matrix-pricing and rounding up to .99, could your gross margin have soared by 50%? BY KEN ROCK

Does your parts department consistently sell parts at the manufacturer’s suggested retail price (MSRP)? If the answer is yes, then your department is giving up at least thousands of dollars of potential profit every year.

When I deliver training sessions to parts managers, I teach the following three pricing strategies that can instantly start improving their bottom lines. Even though the incremental profit per part is small and probably not even noticed by your customers, over time the increments add up to real money.

If you follow these recommendations, your parts department’s gross profit margin could increase by more than 50 percent in one year. I’ve seen it happen repeatedly with my dealership clients.

Just about every DMS has a matrix-pricing feature available, although not every parts department uses it. (For example, in Auto/Mate’s DMS, you would go into the parts module to access the system information file and choose “Calculation Code Setup.”)

Matrix-pricing describes a system that takes a part’s initial cost and automatically increases it by a set percentage to arrive at the selling price. The lower the dealership’s cost to acquire that part, the higher the multiplier. For example, for parts that cost the dealership a penny to 10 cents, I recommend a mark-up of 975 percent. I know that sounds like a lot, but if a part cost you 10 cents, your dealership would sell it at a maximum $1.18 rather than the MSRP of 18 cents. A $1.18 price tag is hardly outrageous standing on its own, and on an RO it is downright negligible.

However, for those reasons, matrix-pricing should only be used with parts sold to the service department for ROs; it should never be used for over-the-counter parts sales. Why? The Internet has made parts-pricing so transparent that any ambitious customer can quickly use a smartphone to look up the MSRP. With ROs, customers rarely question pricing of individual parts and if they do, the mark-up is such a small percentage of the overall RO that they are unlikely to push the issue.

As the cost of parts rises, the mark-up percentages should drop (see exhibit below). Typically, I recommend using matrix-pricing only on parts with an MSRP or full list price of $20 or less each. After the $20 mark is reached, you should revert to selling it for MSRP. And, matrix-pricing isn’t the right approach for all parts; it shouldn’t be used, for example, with oil filters, whose pricing is pretty well standardized in the retail marketplace.

Since matrix-pricing is a gradual approach to increase profits from smaller parts only, it may take a year to achieve a real impact on your department’s bottom line. However, I’ve worked with many parts managers who have, over time, seen gains in their department’s profitability of 50 percent from matrix-pricing alone.

Round Up To 99 Cents

With this handy and simple approach to parts-pricing, your system automatically rounds up the price of every part to end with “.99.” So, if you had planned on setting the part’s price at $34.85, the system will round it up to $34.99. A part you had planned at selling for $295.10 will instead be offered at $295.99. Of course, the rounding-up doesn’t have to be to 99 cents; it could be to .29, .95 or any level you think your customer would respond to favorably.

With the Auto/Mate DMS, all that’s required to implement the 99-cent round-up feature is to change a setting in the “Calc Code.” (At the top of the previous matrix pricing exhibit, you can also see the .99-rounding setting.) Not every DMS has such a feature available, so check with your provider to see if you have overlooked a setting or if there is a way to implement the function.

I recommend using this pricing model for customer-pay parts because any mark-up will still be close to MSRP, but never for wholesale customers because a small increase can make a noticeable difference with their bulk orders. As with matrix pricing, a 99-cent round-up policy can quietly and gradually increase profits, with parts department gross profit margins increasing as much as 25 percent over the course of a year.

Margin pricing is a system designed to protect dealers from losing money on parts sales to wholesale customers. Certain parts from certain manufacturers simply don’t have a lot of profit built in for the dealer. Then, if you choose to give a 20 percent or 30 percent discount to get a local repair shop’s business, it’s quite possible (and this happens more often than you think) that you have sold the part for less than what you paid.

Margin pricing automatically calculates a desired profit margin on the sale of every part, and also automatically re-sets any discount you may be offering if it would put you in the red for that part. This feature is most useful in sales to wholesale customers, but it can also prove handy if an over-the-counter customer is asking for a discount. All of your customers should understand that your dealership can’t viably sell a part for less than cost.

Once again, a margin pricing feature resides in the calculation code area of most DMSes, so ask your provider for help with implementing and/or setting it up.

Auto service is a tough business. It seems like the mindset in many dealerships has become that it’s necessary to sell everything at a discount in order to get business. That’s simply not true. If a customer really wants a car repaired by a certified, qualified technician, you ought to be able to make him or her understand there usually is a higher cost associated with that skilled work.

In the parts department, there are times when parts managers have no choice but to discount or sell parts at cost. But, your dealership should never lose money on parts sales! Even a small profit is better than nothing at all. The best part about the pricing strategies I’ve discussed is that they don’t put a big dent in a customer’s wallet, because they amounts are small and usually bundled into ROs.

I’ve worked with many of our customers to implement these parts-pricing strategies. In some cases, parts departments that were deep in the red have turned around and become profitable in less than a year. These strategies can work for your dealership, too, by changing a few simple settings in your DMS.

Ken Rock
Ken has trained dealership customers for more than years, after having worked as a fixed-ops director for a dealership group in New York and Massachusetts. He has more than 25 years of dealership experience and hands-on training of dealership staff.