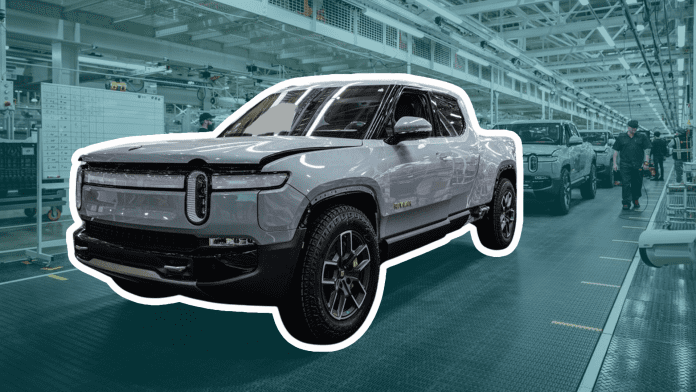 Rivian saw its shares drop about 7% in pre-market trading on Monday after the California-based electric vehicle maker was forced to recall almost all of its vehicles, adding to concerns from investors that the company will likely miss production targets for 2023.

Over the weekend, Rivian recalled nearly 13,000 vehicles because of a possible loose fastener that could lead to a loss of steering control. The company started selling its electric vehicles during the third quarter of last year and has delivered 13,198 vehicles.

“We have greater concerns on 2023 production expectations,” read a note from RBC Capital Markets. The message alluded that adding battery packs, motors, and scheduled downtime at the plant to ramp up capacity, could slow production.

Rivian shares fell to $30.79 – the lowest price in over a month. The company has seen shares plummet by 67.3% this year, spurred by a selloff in equities and a production forecast cut of 50% in March.

The company had initially said it would produce 50,000 vehicles in 2022. That number was reduced to 25,000 in March. According to Visible Alpha, Wall Street expects Rivian to make 23,590 vehicles this year.

The EV maker, which has a partnership with Amazon, suffered another blow recently when a Georgia court rejected a joint proposal by the State’s Department of Economic Development and Rivian to secure local incentives for the automaker’s $5 billion manufacturing plant in the state.