Lordstown Motors has a new CEO and the announcement is making history. The electric vehicle startup appointed Edward T. Hightower into this role, making him the first black CEO of a US automaker. Mr. Hightower has also held senior executive positions with Ford, BMW, General Motors, and Alix Partners. He joins us on Inside Automotive to discuss his new role and perspective on the EV future.

Hightower has been passionate about the automotive industry for his entire life. He grew up in Chicago, he tells anchor Jim Fitzpatrick and learned a lot about vehicles by working on them. He studied engineering at the University of Illinois and earned his MBA from the University of Michigan.

Hightower has over 30 years of experience in the global automotive industry, including product development, engineering, marketing, P&L leadership, and strategy. He has also spent time consulting for his firm and Alix Partners. He served as President of Lordstown Motors for the past eight months before being elected CEO.

Throughout his career, Hightower has focused primarily on learning, professional development, and the value he can bring to a particular situation or problem. He holds his mentors and role models in high regard and has acquired their values and knowledge. At General Motors, Hightower learned solid vehicle engineering fundamentals. At BMW, he understood how to build a world-class brand. Ford focused on quality and vehicle line profitability. Alix Partners taught him how to drive profitability in urgent situations.

Hightower says it’s exciting to take on an asset-light business model and create an additional joint-venture with Foxconn to develop future products. Foxconn has invested about $100 million in the joint venture known as MIH or Mobility In Harmony.

MIH is a consortium and vehicle development platform created by Foxconn with a number of suppliers that will assist in the creation of shared hardware and software components sets. Many of Lordstown’s future vehicles will utilize the shared components. This allows smaller manufacturers like Lordstown to produce at scale without doing everything themselves. As Foxconn’s main vehicle development partner in the US, Lordstown Motors will have endless opportunities. 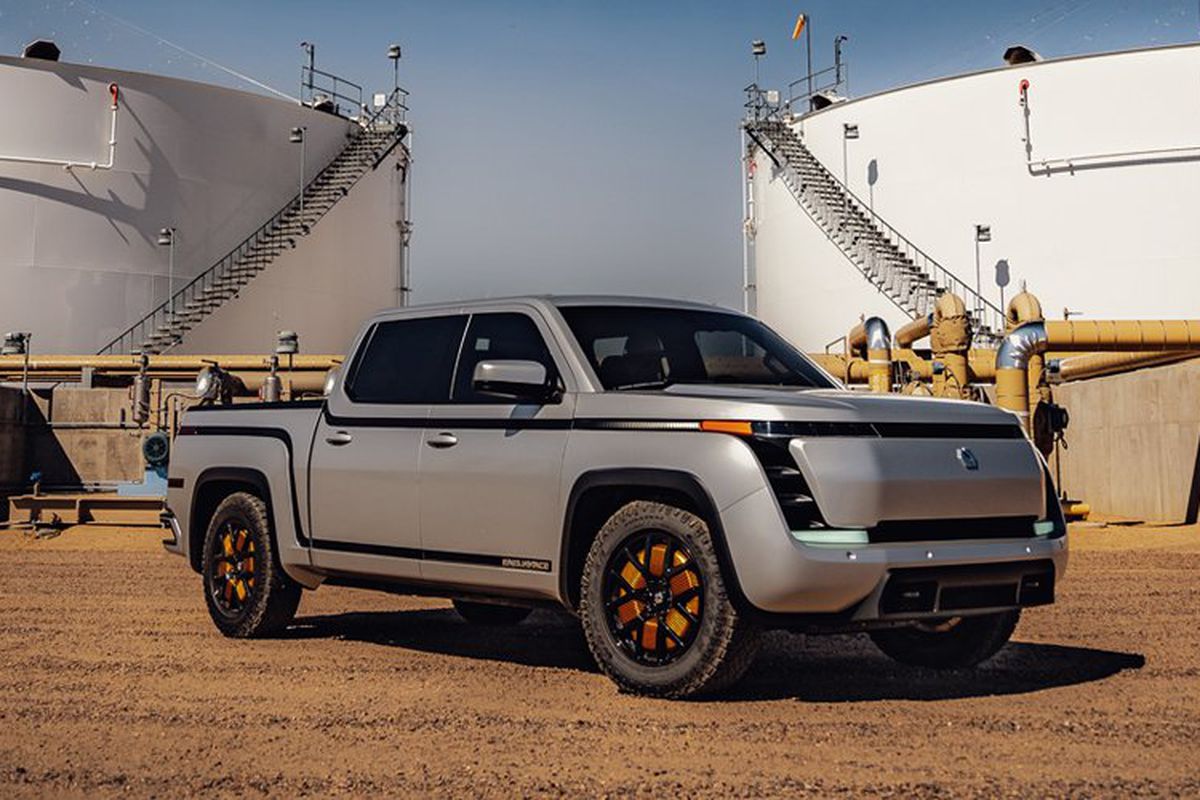 The Endurance pickup will be one of the few battery electric, full-size pickup trucks on the market when it goes on sale to the public in Q4. The Endurance boasts four in-wheel hub motors, essentially making every truck AWD. The hub motors also allow for a higher degree of maneuverability and handling. Hightower had the opportunity to take the Endurance for a spend in the dead of winter in northern Minnesota. The motors of very responsive on all surfaces, making the snow, ice, and split services no problem. Hightower is confident that fleet and commercial customers will appreciate the high level of performance.

Like others in the industry, Hightower believes the US has reached a “tipping point” in EV penetration. The costs of EV batteries and raw materials are disrupted slightly in the current ecosystem. However, in the long-term, these components are less expensive, and prices are trending downwards. From his vantage point, customers who transition to electric, don’t intend to return to ICEs.

Did you enjoy this interview with Edward T. Hightower? Please share your thoughts, comments, or questions regarding this topic by submitting a letter to the editor here, or connect with us at newsroom@cbtnews.com.