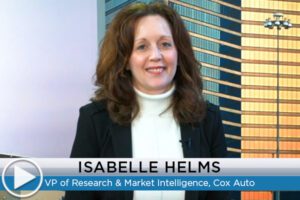 Four Predictions for the Future from Cox Automotive’s Mobility Study – Isabelle Helms, VP Research and Market Intelligence
As we settle into 2019, alternative vehicle ownership continues to increase in popularity with consumers. Here to guide us through this emerging market is Isabelle Helms, vice president of research and market intelligence for Cox Automotive. In today’s segment, Jim and Isabelle discuss the final chapter of the Cox Automotive Evolution of Mobility Study, and what its findings indicate about the future of retail auto sales. Watch Now 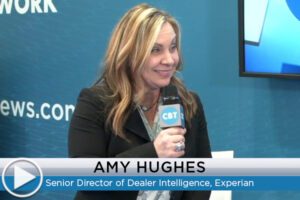 How to Engage Potential Customers with Better Market Intelligence – Amy Hughes, Experian
At The NADA Show 2019 in San Fransisco, CBT’s Jim Fitzpatrick spoke with Amy Hughes, Senior Director of Dealer Intelligence at Experian to discuss how to build successful and confident automotive marketing campaigns that will continue strongly into 2020. Watch Now

Four Reasons Why Manufacturers Need to Re-Evaluate Mandated Renovations
In 2012, a San Diego Tribune article revealed that auto dealers in the region of Escondido spent $10 million to $12 million on dealership renovations and expansions. While city officials were happy for the seeming boost in auto sales due to these renovations, industry analyst, David Whitson remarked on the harmful impact these mandates could have on smaller automobile dealers. Seven years later, not much has changed. Read More 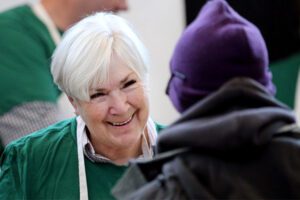 Gail Miller Awarded Barbara Cox Woman of the Year
When it comes to women, the auto industry has a lot to catch up on. Though there has been some improvement, such as GM’s 2014 appointment of Mary Barra as CEO, women remain underutilized at all levels of the vehicular pipeline. These facts are what makes events like the Barbara Cox Woman of the Year Award so refreshing, as they shine a spotlight on women who are making things happen in the industry. This year, the award was given to Gail Miller at annual NADA show. Read More