In the past 18 months, over $35 billion in major equity transactions have taken place within the automotive retail space.  In fact, 2013 and 2014 were two of the biggest years for private equity transactions in the sector since 2002. Not since the land speed record of Mach 1.020 was set by Andy Green in October 1997 has the space moved as fast. Clearly, digitizing the car buying experience and the rapid growth of the “anything as a service” model is transforming the industry at a break neck pace.

A key driving force behind the disruption in the automotive industry is the rise of the digitally intrepid Millennial generation (aka Gen Y).  With their eyes and fingers seemingly glued to their mobile devices, and their preference for e-commerce transactions and on-demand transportation options, they have redefined car buying into a more transparent and online-focused experience.   In 2014 alone, Millennials accounted for 25 percent of new car vehicle purchases surpassing Gen X for the first time in volume of new vehicles purchased.

Positioning themselves to capitalize on the Millennial market, last year automotive e-commerce companies focused on the higher end of the $36 billion pre-owned market.  Automotive services challengers like Beepi, Drive Shift, Carvana, and Vroom raised over $450M collectively. To finance their frantic growth, Beepi is already working on another $300M round and has received funding from one of the biggest auto manufacturers in China. Vroom also continues to make big moves with its recent $95 million acquisition of the  Number 1 Retailer on Ebay Motors – Texas Auto Direct.

Even the OEMs are starting to catch the technology driven investment wave. Take a look at General Motors (GM) who recently invested $500 million in Lyft giving them a $5.5 billion valuation. Or consider the new GM Factory Pre-Owned collection that will sell lightly used, former GM company lease and fleet vehicles totally online in an effort to combat the Carvana-like upstarts of the world.   Not to be left out, Ford is partnering with Google to build autonomous vehicles, and with Amazon to connect the home to the vehicle. With a goal of becoming a “technology driven transportation services company,” Ford is also piloting ride-sharing and pay-by-mile rental car services.

The whole sharing economy is another major force behind the disruptive investment in the automotive industry.  Services like Uber and Lyft are winning over consumers in urban markets as their go-to means for transportation.  The rapid adoption by consumers of these offerings has caused the automotive industry to take an unprecedented business model detour with Ford and others moving toward a “transportation-as-a-service” (TRANSaaS) model.  It’s no surprise that with these types of smart 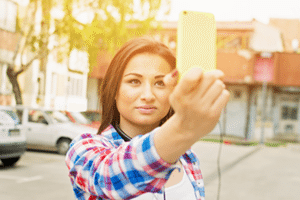 phone enabled, automotive services being so popular that Uber has had success raising funds.  What IS a surprise though is their recent eye-popping $62.5 billion dollar valuation.

So is all this money following hype or is it creating a new automotive industry reality? Are we looking at a new tech bubble in the space or the birth of the defining business model of the next decade with TRANaaS?  Perhaps it’s too early to call it but with innovative software centric, tech companies like Google and Apple launching their own automotive initiatives, there will continue to be tons of innovation and change for the foreseeable future. Expect more strategic partnerships, business model pivots, and M&A activity as the industry becomes less fragmented and remains flush with VC investment.

Zach Klempf
Zach’s background includes working in both automotive and high-tech industries in Silicon Valley. As a millennial CEO, he has his finger on the pulse of that generation’s shopping preferences. His expertise is in digital marketing, CRM and general dealership technology. Visit his website at SellyAutomotive.com.